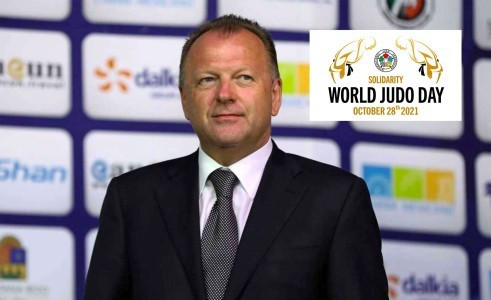 International Judo Federation (IJF) President Marius Vizer believes the sport and the organisation can be "proud of what we achieved" in another COVID-19-disrupted year.

Speaking in a seasonal message, Vizer thanked the "judo family" for "having overcome the difficulties of this global pandemic with honour and dignity".

"It has been a lot of work, dedication and sacrifice for our beloved sport to forge ahead," Vizer said in the video message posted on the IJF website.

"In such a difficult year, we can be proud of all that we have achieved.

"We have adapted to a difficult situation, organised the World Judo Tour with all sanitary guarantees, developed social programmes including judo for peace, refugees and for children, and organised World Championships, Olympic Games and events for judoka of all ages."

Vizer described the Tokyo 2020 Olympics, which took place in July and August after being pushed back to this year due to the COVID-19 crisis, as a "huge success".

The IJF President said the Games in the Japanese capital had been memorable for the worldwide governing body after the mixed team competition made its Olympic debut.

"In Japan, judo made history," he added.

Vizer concluded by saying the organisation and its members would "face 2022 together with renewed energy and determination".