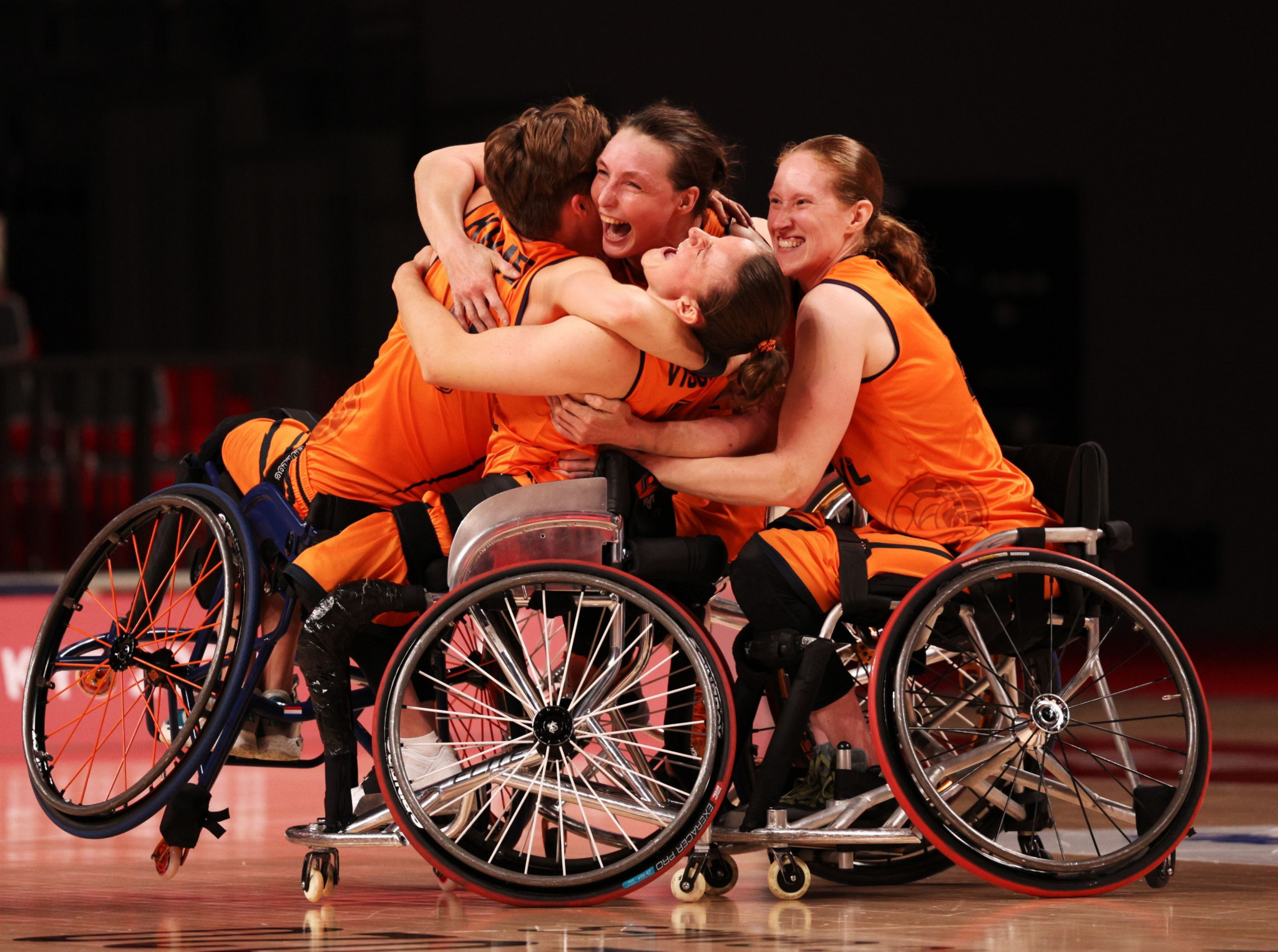 The Netherlands has won both the men's and women's gold medals at the European Wheelchair Basketball Championships in Madrid, to secure its second and eighth titles, respectively.

Britain were the opponents in both competitions but forfeited both finals due to COVID-19 outbreaks within each squad.

The Dutch women's squad were undefeated throughout the whole tournament, winning five of five matches and deserved their overall victory.

It is the country's third consecutive title after winning the 2017 and 2019 editions in Tenerife and Rotterdam, respectively.

It marks their seventh overall gold medal and only Germany have more with 10.

No team managed to come near the Dutch.

In the semi-final, they blitzed hosts Spain 68-33 as Mariska Beijer achieved a double-double with 11 points and 13 rebounds.

Bo Kramer was the star of the tournament as she topped the charts for points with 135, while Beijer's 112 placed her in second.

Spain won the bronze medal after beating Germany 58-40 in front of 345 spectators.

In the men's tournament, Britain announced the withdrawal just hours before they were due to take on The Netherlands in search of an eighth title.

It was revealed that one member of the team had tested positive for COVID-19.

The Netherlands had made it to their first final since 2003, when they lost 60-47 to Italy.

It is their second gold medal in the tournament following the 57-52 triumph against Britain in 1993.

Germany and Italy were due to compete in the bronze-medal match, but both pulled out of the competition, again citing concerns over COVID-19.

As a result, both teams have been placed in joint-fourth for the competition.

"We are of course disappointed with the ending of the championship, but we understand the players' decisions.

"We wish the players and team members who are affected by covid a fast recovery."