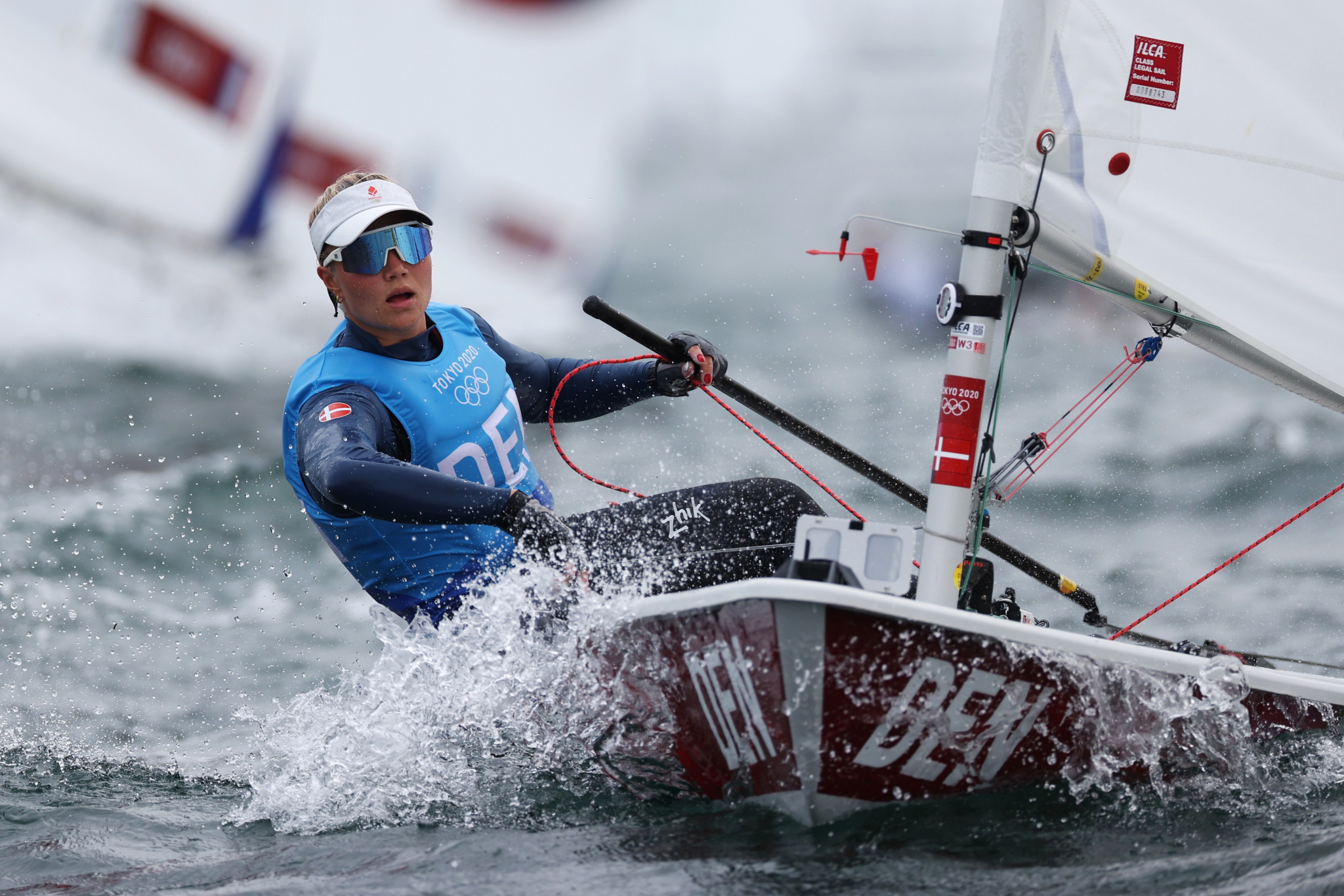 Denmark’s Olympic champion Anne-Marie Rindom moved ahead Poland’s Agata Barwinska in the race to be crowned women's champion at the International Laser Class Association 6 World Championships in Oman as home sailor Al Muatasim Al Farsi consolidated his position at the top of the men's standings.

Al Farsi has led from the outset but faces a strong challenge from Slovenia’s Nik Pletikos and Turkey’s Umut Eyriparmak heading into the final day.

Pletikos is second with a net total of 17 points - one point behind Al Farsi - after winning one race and finishing second in the other two.

A run of four victories in five races has seen Eyriparmak climb to third with 21 points.

Oman’s Abdul Malik Al Hinai was in third but has fallen to fourth on 23 points following Eyriparmak’s victory in the final race of the day.

Meanwhile, in the women's event, Barwinska moved to the top of the leaderboard yesterday but has now been overtaken by Rindom.

After coming 13th in the opening race, Rindom posted back-to-back second-place finishes to register a net total of 58 points.

Barwinska came 17th in race eight as she slipped to second on 59 points, while Vasileia Karachaliou of Greece is third on 82 points - one point ahead of Lithuania's Viktorija Andrulyte.

Belgium’s Emma Plasschaer and Germany’s Julia Buesselberg, who started the day inside the top three, dropped to fifth and 10th respectively.

Competition is scheduled to conclude tomorrow.