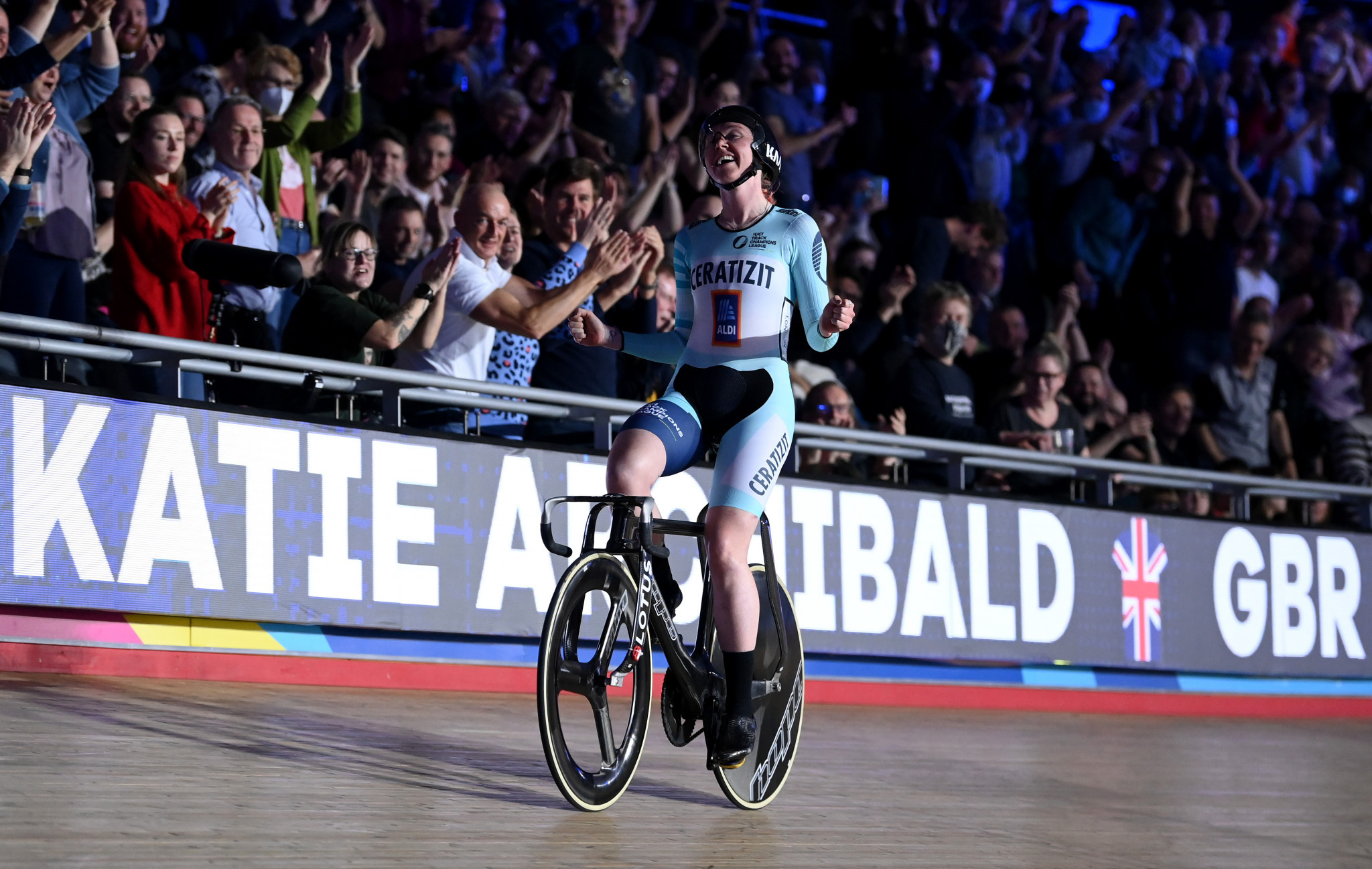 The two-time Olympic gold medallist led the women’s endurance classification after two rounds of the inaugural season of the UCI Track Champions League.

Her position was further strengthened with a third-place finish in the scratch race at the Lee Valley VeloPark, ending behind the winner Kirsten Wild of The Netherlands and Portugal’s Maria Martins.

Archibald and Wild would go head-to-head in the women’s elimination race, with the duo the final two riders at the end of the competition.

Archibald emerged as the winner of the duel to the delight of the local crowd.

Australia’s Annette Edmondson and Wild are significantly adrift as her nearest challengers on 73 and 72 points.

The elimination event saw the United States’ Gavin Hoover overcome Pole Alan Banaszek in the final sprint of the competition.

Mora had been eliminated in the previous sprint, with the Spaniard’s two third-place finishes boosting his position at the top of the overall men’s endurance standings.

He moved onto 89 points for the season, with Hoover now lying in second place on 84.

The Netherlands' Harrie Lavreysen, winner of the men's and team sprint golds at Tokyo 2020, extended his overall lead in the men’s sprint classification.

He headed into the event with an 18-point cushion over Germany's Stefan Bötticher after winning the sprint and keirin events last time out.

The pair met in the men’s sprint final in London, with Lavreysen overcoming his rival by 0.016 seconds to add to his advantage.

Bötticher responded by winning the final round of the men's keirin, finishing narrowly ahead of Lithuania's Vasilijus Lendel.

Lavreysen remains clear at the top of the overall sprint classification on 110 points, with Bötticher trailing on 97 prior to tomorrow's finale.

Women's sprint classification leader Emma Hinze crashed out of the keirin competition in the heats, with fellow German Lea Friedrich taking advantage by winning the final in her absence.

Hinze regrouped to advance to the final of the sprint competition, where she overcame Friedrich by 0.074 seconds.

The result could be key in the overall classification, with Hinze leading the standings on 97 points.

She has a narrow two point cushion over Friedrich heading into tomorrow's final leg of the season.