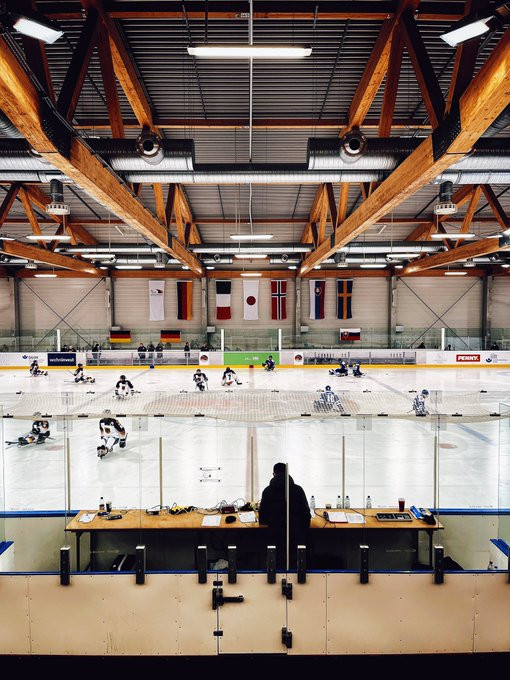 Slovakia will make their Winter Paralympic Games debut in Para ice hockey after securing the last available place at Beijing 2022 at a qualification event in Germany.

The Slovakian side recorded a 4-2 victory in Berlin in a straight shootout for a spot at the 2022 Winter Paralympics in the Chinese capital.

Slovakia join Italy in booking a Paralympic berth from the World Para Ice Hockey qualification tournament at Eissporthalle am Glockenturm in the German capital.

Italy topped the six-team, round-robin group with a 100 per cent record after beating Norway 4-0 in their final match of the event.

The Italians had already sealed one of the two Beijing 2022 places on offer at the competition after they thrashed Japan 6-1 yesterday.

Slovakia and Germany were left to contest the final slot at the Games in a winner-takes-all clash today.

🎺 Presenting the 2nd team that has qualified for the 2022 Paralympic Winter Games! 🎺

Congratulations to Slovakia 🇸🇰 for such a hard-fought tournament. #Berlin2021 #ParaIceHockey #Beijing2022 pic.twitter.com/cgVCEntriZ

Peter Kascak opened the scoring for Slovakia in the first quarter before Martin Joppa doubled their lead in the second.

Germany halved the deficit through Frank Rennhack three minutes later but David Korman scored twice without reply to move Slovakia into a 4-1 lead.

Ingo Kuhli-Lauenstein netted what proved to be a consolation for Germany early in the third as Slovakia held out for an historic victory.

Three-time defending champions the United States, Canada, the Russian Paralympic Committee and the Czech Republic have also qualified for Beijing 2022.

China were given an automatic place as hosts.

The Para ice hockey tournament at Beijing 2022 is scheduled to take place at the National Indoor Stadium from March 5 to 13.