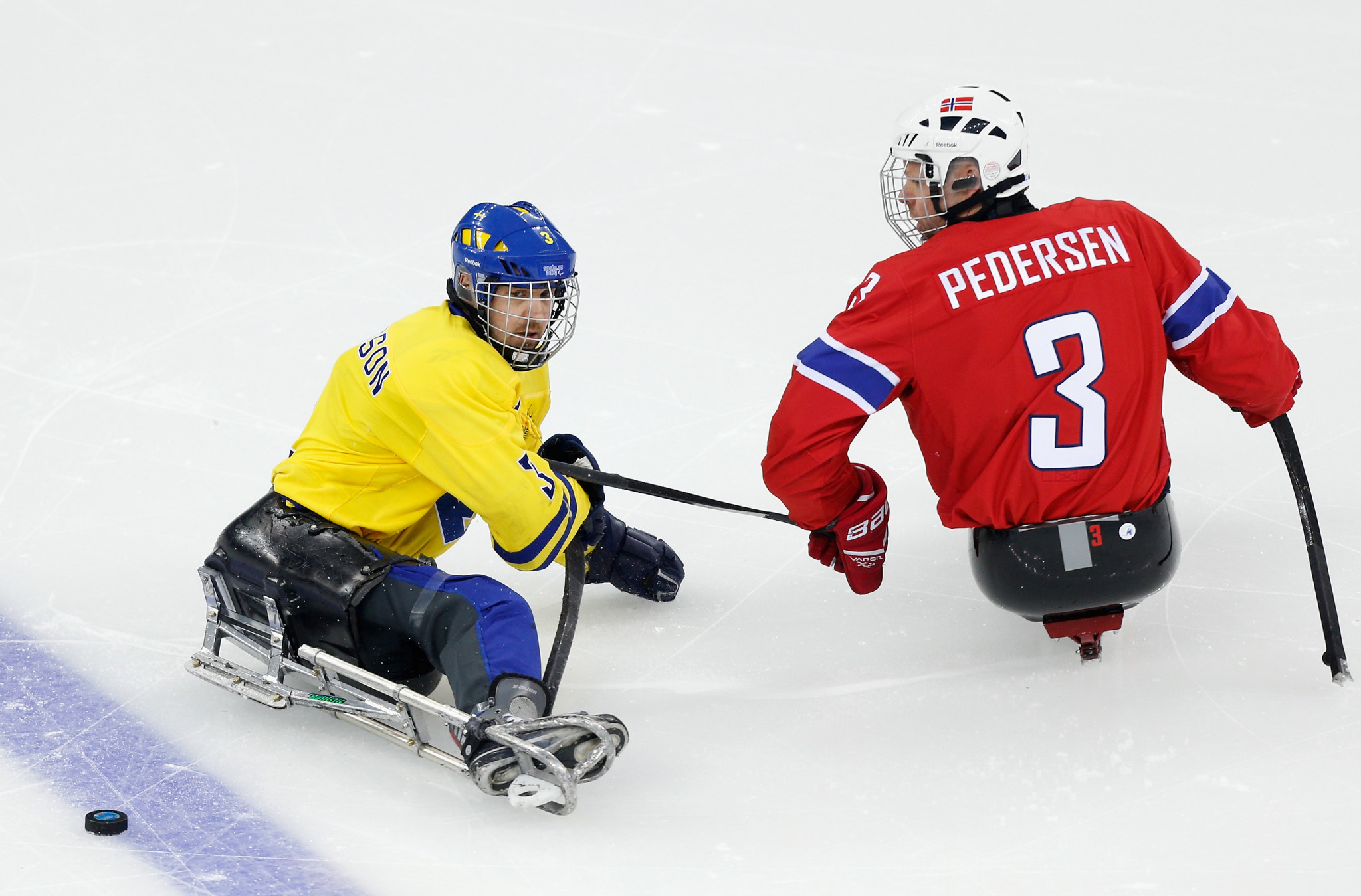 Six countries will battle it out for two Beijing 2022 places at the World Para Ice Hockey Qualification Tournament, which begins tomorrow in Berlin.

Hosts Germany, Norway, Italy, Slovakia, Sweden and Japan are all hoping to book their place at next year's Paralympic Games in China.

They will all play each other in a round-robin, with the top two sides earning a spot in Beijing.

Berlin's Eissporthalle am Glockenturm, which has space for 1,000 fans, will host the event until December 1 after also staging the World Championships B-Pool in 2019.

Both Norway and Sweden have competed in ice hockey at every Winter Paralympics since the sport was introduced in Lillehammer in 1994.

Sweden were the first gold medallists, with Norway then taking gold four years later in Nagano.

Norway has also won three silver medals and one bronze, meaning it is level with the United States and Canada for the most medals won by any country.

The Swedes have also won two bronze medals, while Italy will be hoping to play at a fifth consecutive Paralympics before they enter as hosts at Milan-Cortina 2026.

If Japan qualifies, it will be the first time that three Asian countries have made the Paralympics as hosts China and South Korea have already sealed their places in Beijing.

Japan has not played at the Paralympics since Vancouver 2010, while Germany has not reached the Games since Turin in 2006.

The Paralympic Winter Games Qualification Tournament is starting THIS week! 🥳

Here are 5 top storylines to follow.https://t.co/jduRoqhQ7u

Slovakia will be hoping for their debut Paralympic appearance.

Players to watch will include Germany's Felix Schrader, who scored 13 goals at each of the last two editions of the World Championships B-Pool.

Meng claimed nine points and five goals at the World Championships B-Pool in September, which was won by Paralympic hosts China.

Norway will look to 22-year-old Ola Oiseth as they aim to recruit new and younger talent.

Japan will take on Norway in tomorrow's opening game, before Sweden meet Slovakia and Germany lock horns with Italy.

China were eligible to compete but as their Beijing 2022 place was already secure as hosts, they have opted not to play and Japan took their place as the next highest ranked team.

Three-time defending champions the US, Canada, the Russian Paralympic Committee and the Czech Republic have also all qualified for Beijing 2022.