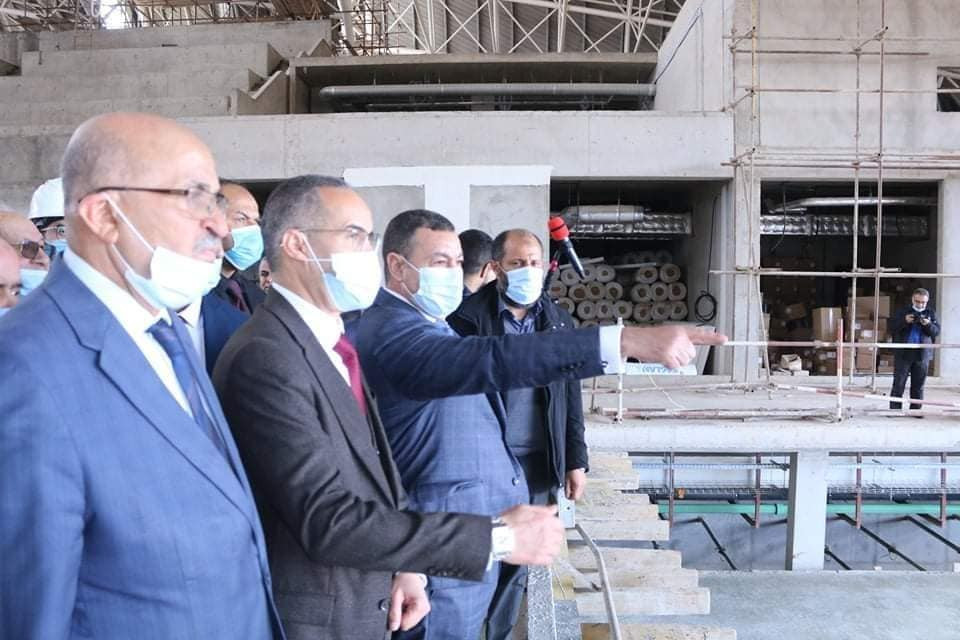 Algeria's Minister of Youth and Sport Abdel-Razzaq Sebgag has insisted his visit to the competition sites scheduled for use at the 2022 Mediterranean Games in Oran next June was routine, and "not in response to the declaration of the International Committee of the Mediterranean Games (ICMG)".

At last week’s Executive Board meeting of the ICMG in Athens, its President Davide Tizzano had expressed concerns over delays in construction and other preparations for the Games, scheduled to begin on June 25 next year.

"This visit is part of the immediate and regular follow-up of the progress of the work in Oran," Sebgag told Algerian media.

"We are not going to give this subject more than usual emphasis.

"This visit that I am making is very normal.

"The International Committee of the Mediterranean Games has the right to make statements, but the reality says the opposite."

He was accompanied by Oran 2022 Commissaire President Mohamed Aziz Derouaz, and the Wali of Oran, Said Sayoud, also a vice-president of the Organising Committee.

"The Algerian state is in charge of all projects in order to succeed in the work, all that's missing is the final touches, which is only a matter of a few weeks," said Sebgag.

The party inspected the main Olympic Stadium complex where Sebgag insisted considerable progress had been made since the visit of Prime Minister Aymen Benabderrahmane.

It has been reported that work will be completed this month.

There was also a visit to the Hammou Boutlèlis Sports Palace, the projected venue for volleyball, the Habib Khelil Tennis Club, the archery centre, accommodation at Bir El Djir and the Mediterranean Games Athletes' Village, where organisers have said progress "is increasing day by day".

Sebgag is said to have given instructions for final additions to work at the Village to be completed in time for the ICMG delegation which is scheduled to arrive on December 10.

This is expected to be led by Tizzano.