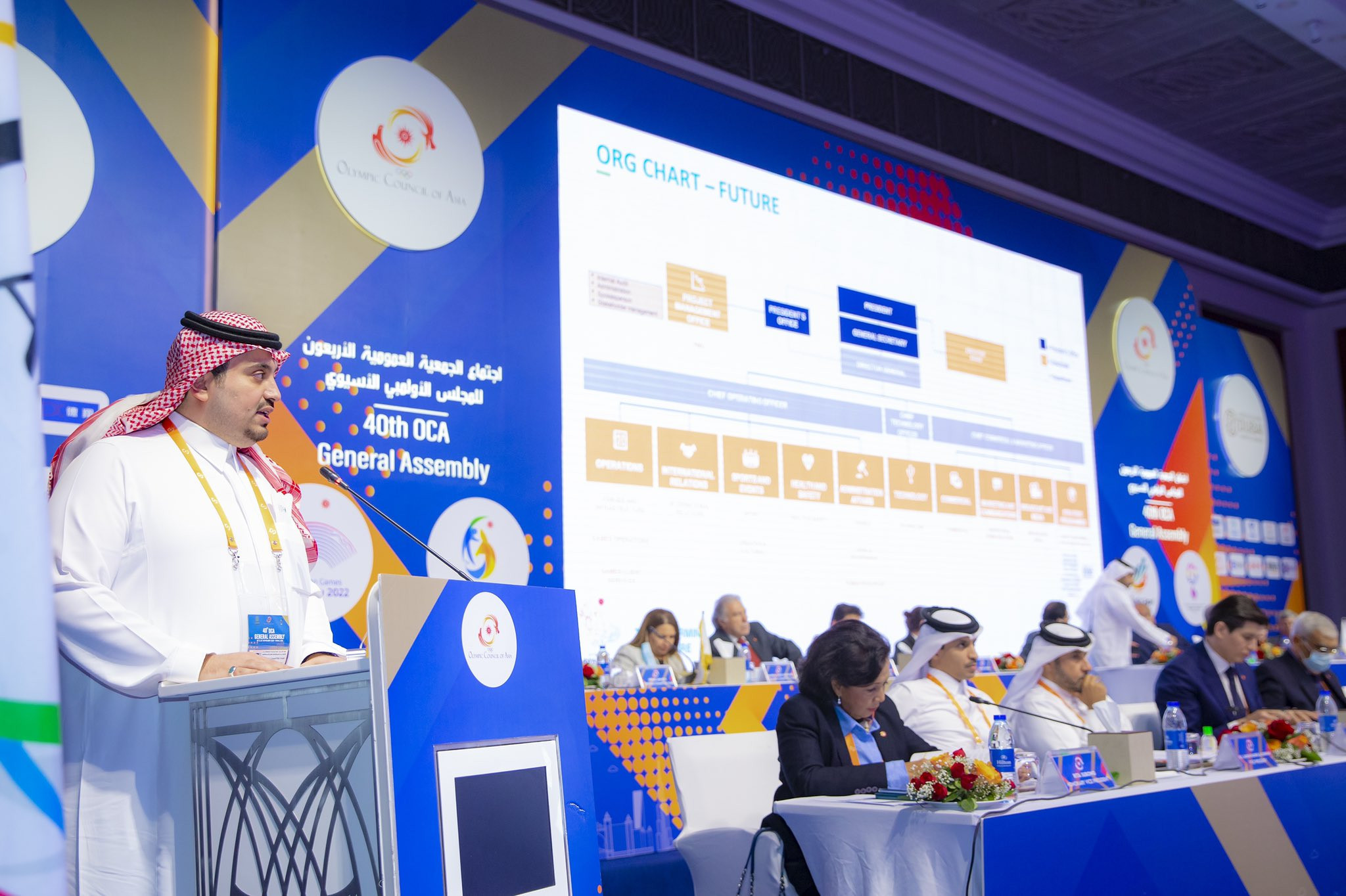 Saudi Arabia will host the 2025 Asian Indoor and Martial Arts Games, an event that will be an important warm-up for the Asian Games that Riyadh is due to stage in 2034.

The decision was approved by acclamation during the Olympic Council of Asia (OCA) General Assembly here today.

It is due to be the seventh edition of a Games that features a variety of sports, ranging from traditional Asian events such as pencak silat, sepak takraw and muaythai, to Olympic disciplines such as 3x3 basketball, badminton and taekwondo.

Newer events, like esports and cheerleading, are also due to feature in the next edition of the Asian Indoor and Martial Arts Games.

The competition is the second-largest event organised by the OCA after the Asian Games.

The last edition of the Asian Indoor and Martial Arts Games, held in Ashgabat in Turkmenistan in 2017, featured more than 4,000 athletes from 63 countries.

That figure included all 45 OCA members and 18 guest nations from Oceania and the Pacific.

The first Asian Indoor and Martial Arts Games organised in its current format had taken place in Incheon in South Korea in 2013.

The next edition was due to take place this year in Thailand but has now been postponed until November 2022 due to the COVID-19 pandemic.

The Asian Indoor and Martial Arts Games is just the latest event to be awarded to Saudi Arabia as it continues to use sport as a vehicle to promote its international image.

Last year it had been awarded the Asian Games at the OCA General Assembly in Oman, having originally bid for the event to take place in 2030, which was subsequently awarded to Doha in Qatar.

The oil-rich country is also bidding for football’s 2027 Asian Cup.

It is also due to stage the 2023 World Combat Games in Riyadh.