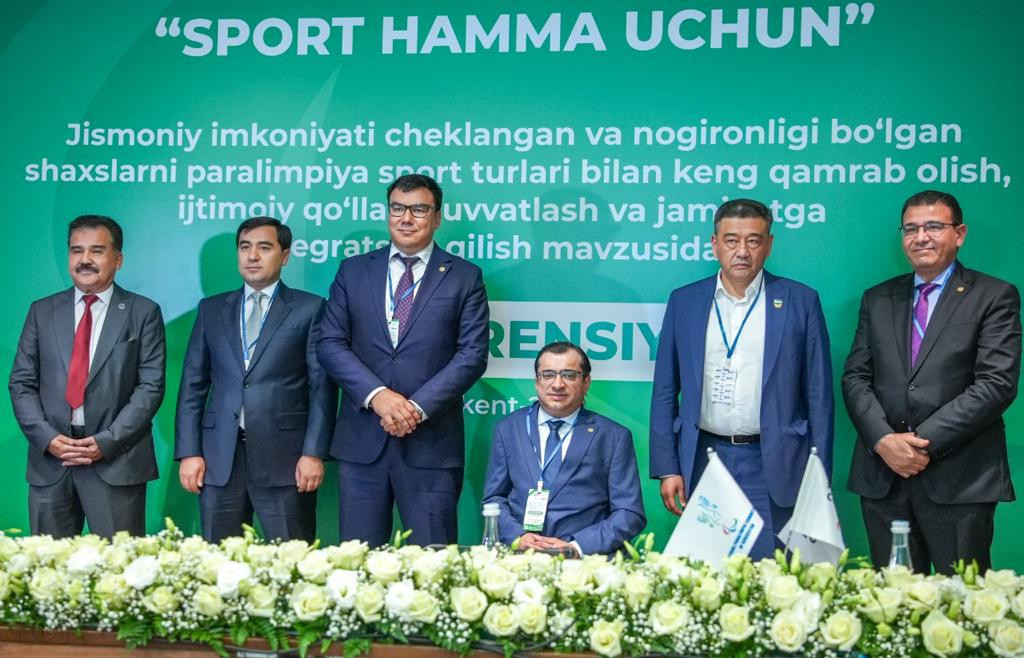 The Uzbek capital Tashkent has been confirmed as hosts for the 2025 Asian Youth Para Games by the Asian Paralympic Committee's (APC) Executive Board, meaning the event will be staged in the same city as the Asian Youth Games for the first time.

Tashkent was awarded hosting rights for the Asian Youth Games in the same year by the Olympic Council of Asia in September 2019, and the APC said it had received interest from "a number" of National Paralympic Committees (NPCs) to stage the Asian Youth Para Games.

The Para Games are scheduled for late September and early October in 2025 and will use the same venues as the Asian Youth Games.

The Uzbekistan National Paralympic Association will be handed the APC flag by the Bahrain Paralympic Committee at the Closing Ceremony of the fourth edition of the Asian Youth Para Games, which are scheduled for December 2 to 6 2021.

Majid Rashed, the President of the APC, hopes staging the event in Central Asia for the first time will help promote Para sport in the region.

"We’re delighted that the host city for the fifth edition of the Asian Youth Para Games has been decided before the next edition takes place," the United Arab Emirates official said.

"There were a number of strong bids under consideration and we would like to thank everyone who submitted a bid.

"We hope that they will consider future events but there can only be one successful bidder and we are very pleased that this announcement means that the Central Asia sub-region will be holding its first major regional Games.

"We’d like to congratulate NPC Uzbekistan for putting together a strong bid that reflects their ambitions for Para sport in their country and we hope that the Games will act as a catalyst for the development of Para sport in the Central Asia sub-region and beyond."

Having only won one silver medal at its previous three appearances at the Paralympic Games, Uzbekistan claimed eight golds at both Rio 2016 and Tokyo 2020.

Mukhtorkhon Tashkhodjaev, the President of the Uzbek NPC, commented: "This is a proud moment for Para sport in Uzbekistan.

"We are an ambitious country and have steadily been increasing our delegation size and the number of medals won at both the Asian Para Games and the Paralympic Games.

"Staging the 2025 Asian Youth Para Games shows our commitment to developing the next generation of Para athletes and we are delighted that our country will be welcoming the best of Asia’s youth to the Central Asian region in four years' time."

Around 800 participants are expected to compete across nine sports at the 2021 Asian Youth Para Games in Bahrain next month.

The event was first staged in the Japanese capital Tokyo in 2009, followed by Kuala Lumpur in Malaysia in 2013 and Dubai in the United Arab Emirates in 2017.