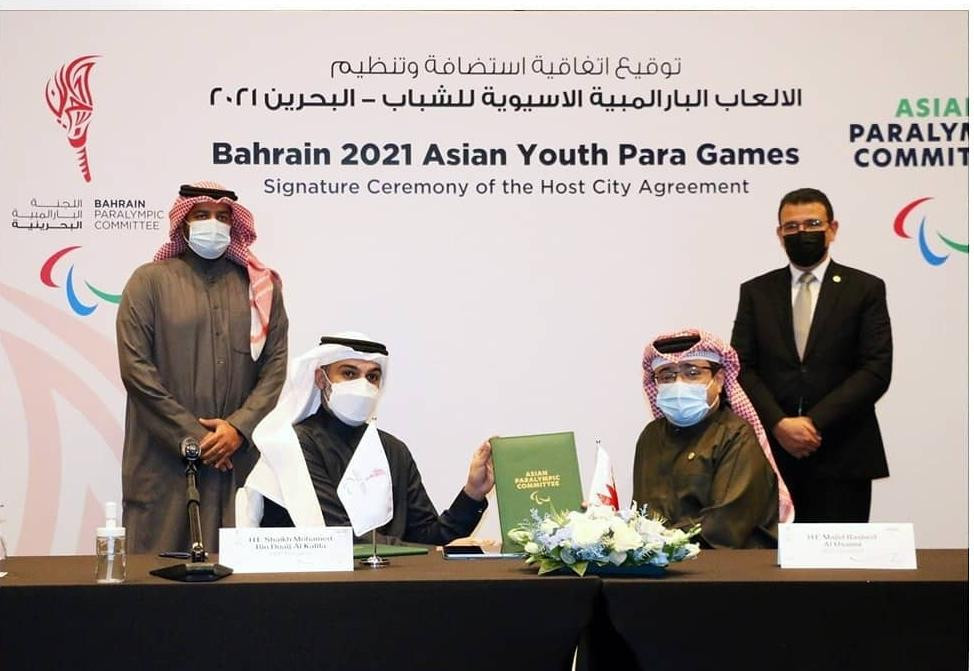 Rashed made the comments during the host city agreement signing ceremony for the Asian Youth Para Games at the Art Hotel and Resort in Manama.

He claimed the multi-sport event would help athletes recover from the disruption caused by the COVID-19 pandemic.

"I’m delighted that we have finally been able to visit Bahrain and conduct this ceremony," Rashed said.

"Both organisations have continued to work on the delivery of the Games throughout the pandemic but to be here and to meet in person gives us all a huge boost.

"The Games are an important stepping stone for young Asian Para-athletes on their sporting journey.

"This journey has had so much disruption over the past year but these Games give us all hope and something to aim for so that they are back on track for Paris 2024 and beyond."

They also discussed preparations for the Games, which are scheduled to run from December 1 to 10.

These dates may be amended, however, to avoid a clash with the International Paralympic Committee's General Assembly on December 11 and 12.

A decision on this will be taken in the next two weeks.

Shaikh Mohammed thanked the APC for its support during a "difficult time".

"In terms of preparation, we have created various Committees for the conduct of the Games," he said.

"The sports facilities have also been approved by the Asian Paralympic Committee.

"In fact, we are very thankful to them for their continuous support in all aspects of the preparation of the Games.

"This is a difficult time for everyone and we understand that there would be challenges, thus we are working with the authorities in Bahrain to make these Games as smooth and seamless as possible."

Bahrain is set to host the fourth edition of the Asian Youth Para Games.

Tokyo hosted the inaugural event in 2009, before Kuala Lumpur hosted the competition in 2013.

Dubai staged the latest edition in 2017.

It will be the first time that Bahrain has hosted a large Para-sports event, with 800 athletes under the age of 20 expected to take part.

They are due to compete in nine sports - athletics, badminton, boccia, goalball, powerlifting, swimming, table tennis, taekwondo and wheelchair basketball.