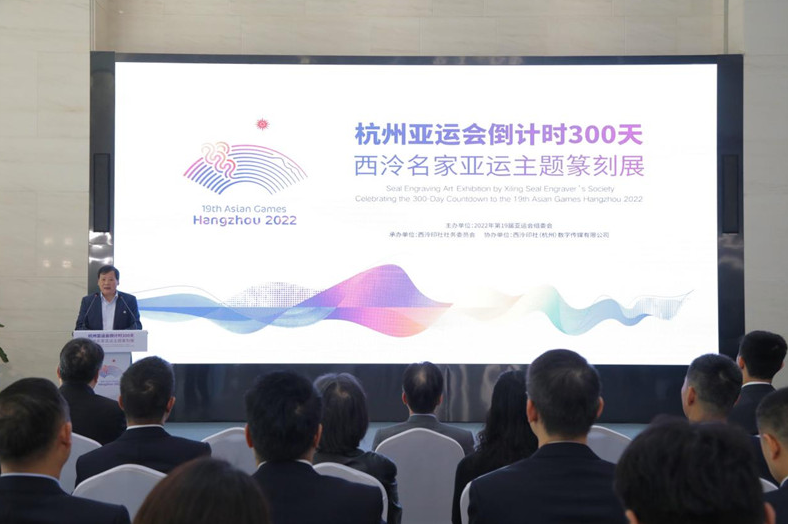 Hangzhou 2022 has marked 300 days to go before next year's Asian Games by making a call for Opening Ceremony ideas.

The call for Ceremony ideas was launched on China's video sharing platform Bilibili.

They were joined by air rifle shooter Yang Qian, weightlifter Lu Xiaojun and fencer Sun Yiwen, who all won gold at Tokyo 2020.

The music video is for the official volunteering song of Hangzhou 2022, called Waiting for You.

It is performed by Shan Yichun, an ambassador for the Asian Games volunteers.

Tokyo 2020 swimming gold medallist Wang Shun is also involved with the track, as are Yi Yi, a host on Zhejiang Television, and others.

Xiling Seal Art Society is in charge of the art exhibition, which contains Asian Games-themed seals by famous engravers.

This includes the 40 sports on the Hangzhou 2022 programme, and the slogans of previous Asian Games.

Hangzhou 2022 will be the third time China has hosted the Asian Games, after Beijing in 1990 and Guangzhou in 2010.

The Games are due to run from September 10 to 25 next year and more than 10,000 athletes are expected to compete.