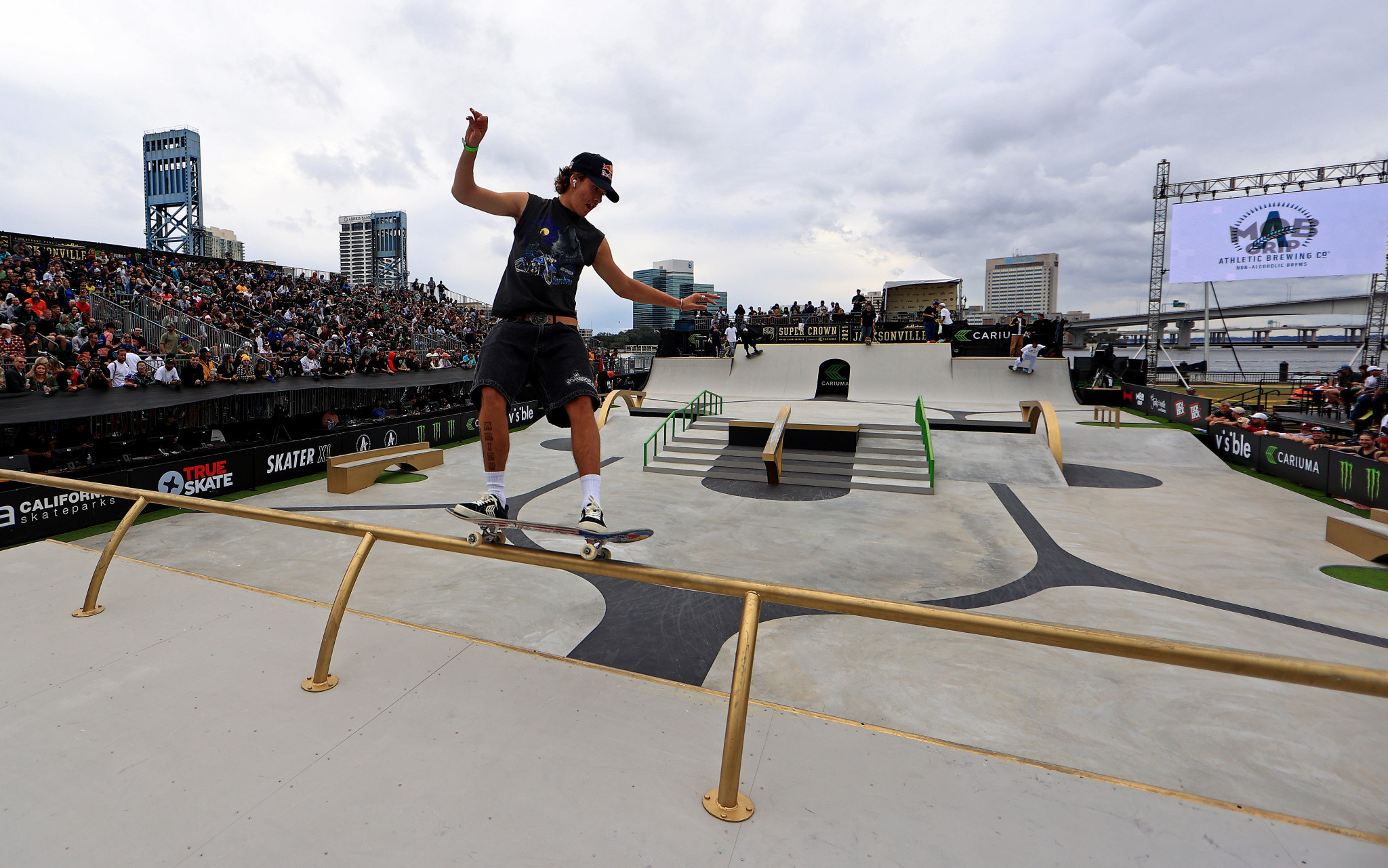 Rosa lead a Brazilian one-two in the women's final to retain her crown from 2019 in front of Rayssa Leal, who is 13 years old.

She started with a strong opening run, posting the second-best score with 4.6, but excelled in the final two rounds of tricks - ending with the highest-scored move of the event in the last with an 8.1 for a total of 21.8.

Leal failed to land a trick in her last three attempts, meaning she could not improve on respectable trick scores from the opening three rounds, settling for silver with 19.2.

Just 0.1 points behind for bronze was Japan's Olympic champion Momiji Nishiya who pulled out a superb fourth round trick to move into the bronze medal position, holding off home favourite American Samarria Brevard by 0.5.

Roos Zwetsloot of The Netherlands missed the cut-off to get the two extra rounds of tricks because of Nishiya and Brevard's massive fourth round attempts and settled for fifth in front of her compatriot Candy Jacobs.

Funa Nakayama of Japan and Keet Oldenbeuving of The Netherlands were seventh and eighth.

American skateboarder Eaton was an early leader in the men's competition and used that momentum to take him to the gold medal, finishing with a score of 27.5.

His run was outstanding, scoring 9.6 to top the standings heading into the tricks section and further extending his lead with a 9.0 opening trick.

An 8.9 in the third made the standard high.

Lucas Rabelo ended a dream campaign with a silver medal after pulling out two massive tricks in the fifth and sixth rounds with scores of 9.3 and 9.1.

The Brazilian pulled out performances when they mattered, coming from the abyss to post needed scores in the third and fourth rounds to make the top four, allowing him to make the medals with his last tricks with a score of 27.3.

Portugal's Gustavo Ribeiro strung together three consecutive tricks to win the bronze medal with a score of 26.3 - just 0.1 in front of American Nyjah Huston, who was below-par on the run and was not able to put in a third exceptional trick.

Brazil's Kelvin Hoefler just missed the top four cut-off and was a comfortable fifth in front of Australian Shane O'Neill, Felipe Gustavo of Brazil and Alex Midler of the US who all were only able to get in two scores with a maximum of three counted.