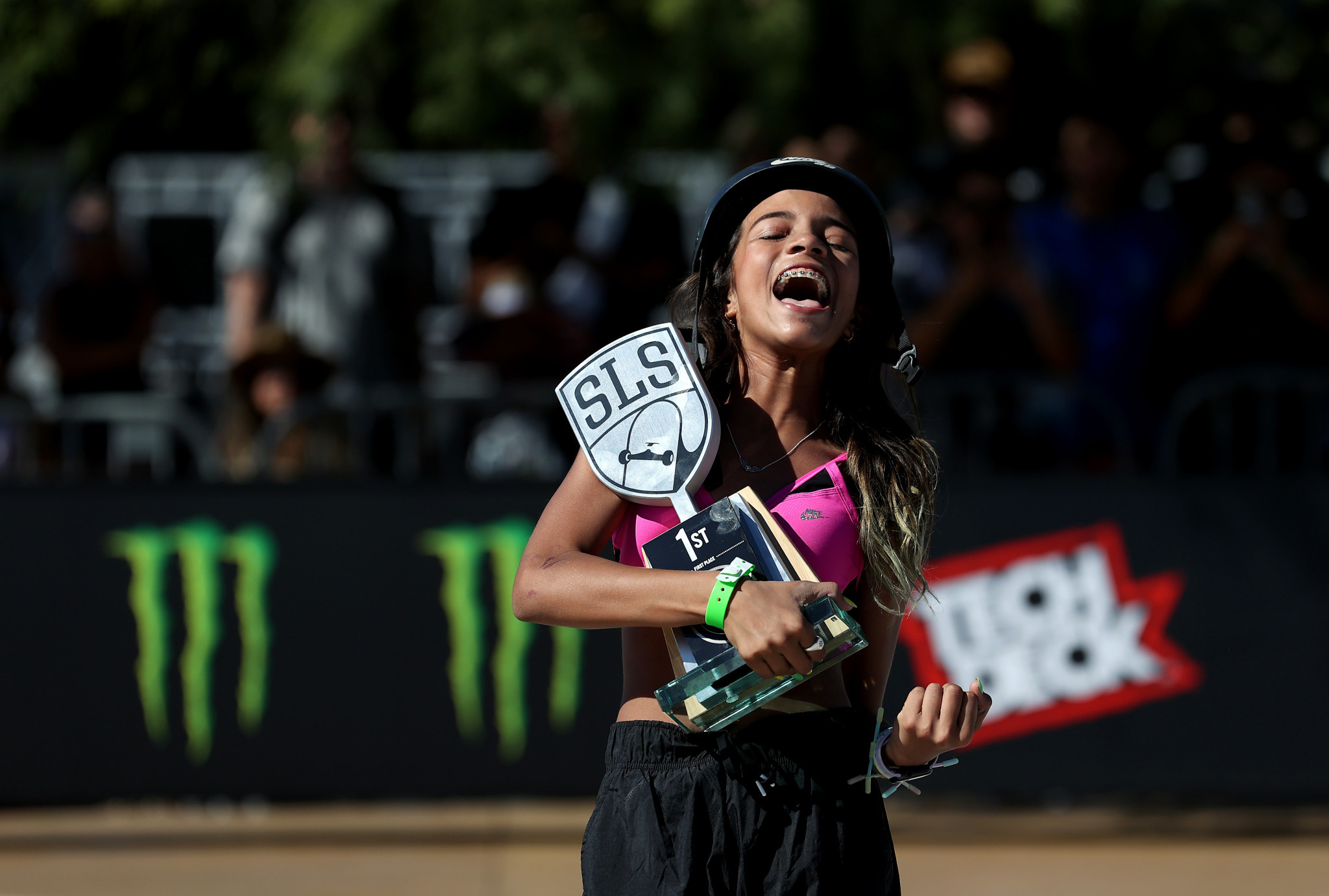 The 13-year-old, a silver medallist at the Tokyo 2020 Olympic Games, won in Salt Lake City on the first stop of the tour.

Leal achieved further success in the United States as the Brazilian topped the standings in the eight-skater final today.

She had earlier topped qualification with a score of 15.5 points, with her nearest rival 0.9 points behind.

The final saw Leal achieve a score of 19.2 to top the standings at the Tinnell Memorial Sports Complex.

Japan’s Momiji Nishiya was left settling for second place on a score of 18.5.

The podium was completed by her compatriot Funa Nakayama, with the Olympic bronze medallist scoring 16.1.

Brazil’s Pamela Rosa missed out on a podium finish, ending fourth on the same score as Nakayama.

The United States’ Nyjah Huston triumphed in the men's event, having led qualification with a score of 25.9.

Huston impressed again in the final, triumphing with a total of 27.3.

Compatriot Dashawn Jordan finished second with 26.8 with Felipe Gustavo of Brazil completing the podium with 26.3.