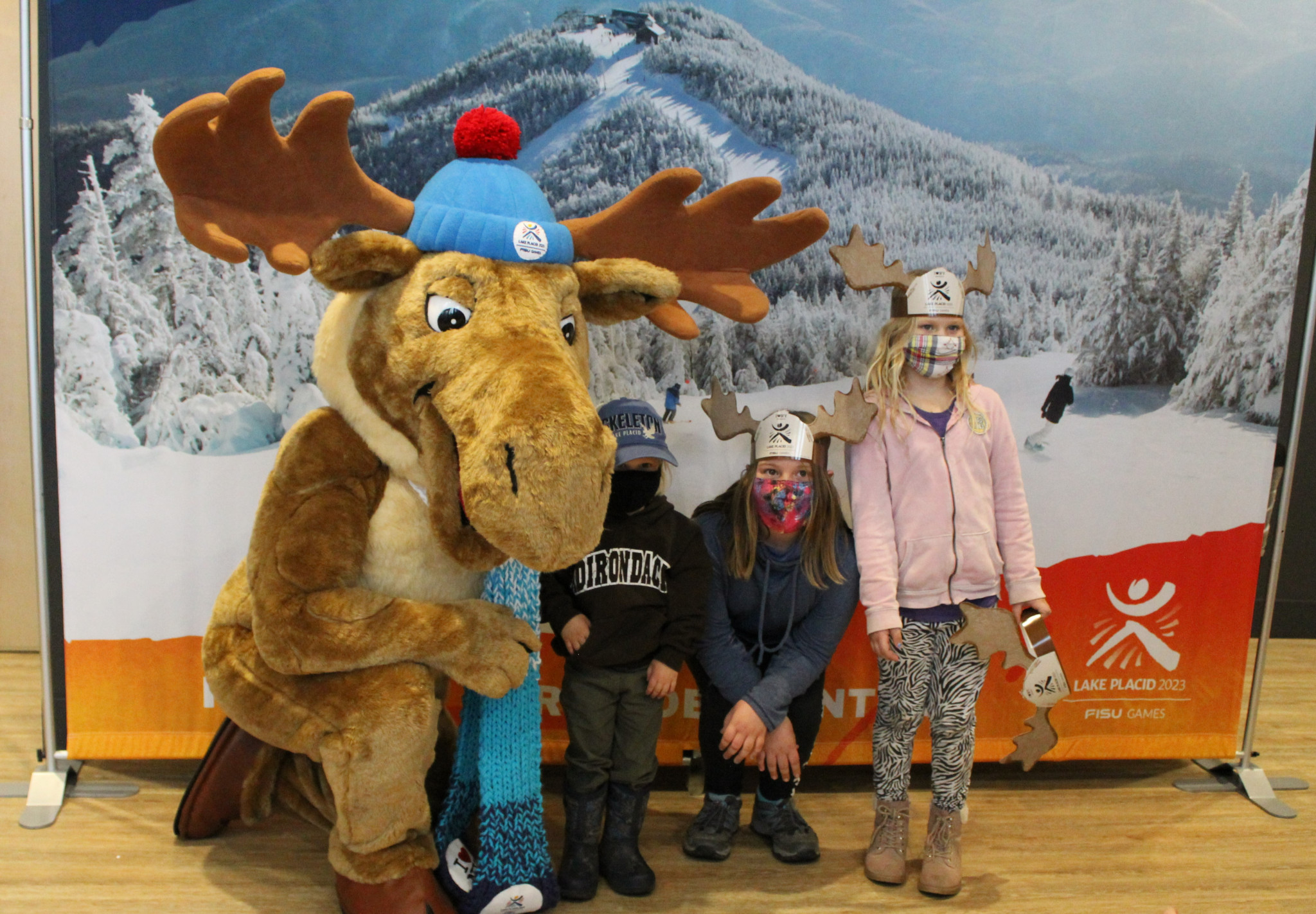 An Adirondack moose has been unveiled as the mascot for the Lake Placid 2023 International University Sports Federation (FISU) Winter World University Games.

The design was announced by New York Governor Kathy Hochul, with the mascot given the name Adirondack Mac.

The mascot was designed by Kristina Ingerowski, a student at the Fashion Institute of Technology and a resident of Ontario County in New York.

"New York State has a proud legacy of hosting international competitions, and we look forward to welcoming college athletes and coaches from around the world to Lake Placid and the Adirondacks for the FISU World University Games in 2023," Governor Hochul said.

"The mascot design competition was a unique way to showcase the talent and creativity of New Yorkers, and I want to congratulate Kristina Ingerowski on her winning design."

Lake Placid 2023 says Adirondack Mac will be a visible symbol of the Games, appearing as a live costumed character, on promotional materials and as merchandise.

The mascot will be depicted in toys, stuffed animals, apparel and other souvenirs.

It is claimed that Adirondack Mac will help to showcase the beauty, charm and sporting heritage of New York’s Adirondacks, the mountainous region in the state.

Lake Placid 2023 says the moose represents the best of what New Yorkers and the participating athletes have in common, highlighting their strength, courage and determination.

Adirondack Mac is claimed to be six feet tall and visit the slopes of the Whiteface and Gore Mountains, as well as visit North Country communities.

"It is an honour to have my mascot design chosen for the FISU Winter World University Games 2023 in Lake Placid," Ingerowski said.

"Adirondack Mac is special to me because I have spent a lot of time over the years with my grandparents and family who live in Lake Placid.

"I wanted to capture the majestic beauty and character of the Adirondack region.

"There’s nothing more charming than an Adirondack moose to represent and celebrate this spirit of friendly athletic competition in Lake Placid."

A public vote on the I Love NY website determined the top 10 designs, with a selection committee representing academia, government, tourism and athletics deciding the eventual winner.

Further appearances are planned at the Schenectady Holiday Parade on November 20, as well as at Whiteface Mountain and Gore Mountain on November 26 and 27 respectively.

Organisers say further dates will be added as the mascot begins a tour across the state to raise awareness of the FISU World University Games.