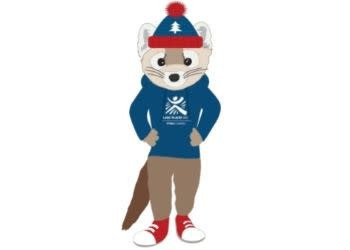 Eight mascot designs have been shortlisted for the Lake Placid 2023 Winter World University Games - all of them mammals.

A marten, a beaver, a blue bear and a moose are among the shortlisted designs after members of the public were invited to submit proposals.

A panel of judges will now decide the winner, with the result of a public vote - which whittled 130 entries down to eight - set to account for 20 per cent of the judging criteria.

Creativity and "alignment with messaging" of Lake Placid 2023 are said to account for 30 per cent of the judging criteria each, with the remaining 20 per cent belonging to production feasibility.

All eight of the shortlisted designs were submitted by New York State residents.

They are Adi, Adirondack Mac, Believer Beaver, Bo the Black Bear, Flurry, Ghost the Grey Wolf, Pine and Rocky Marten - and can be viewed in full here.

A result is expected to be announced on or around May 21.