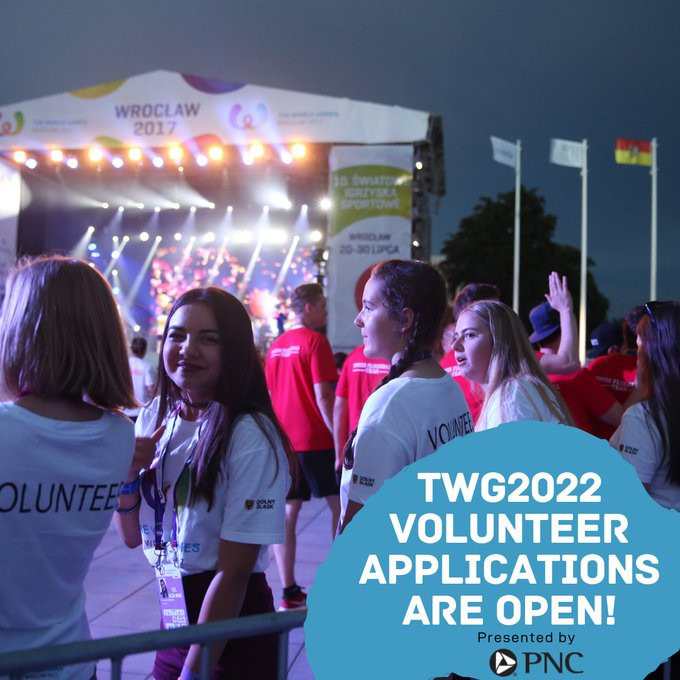 The volunteer registration portal for the Birmingham 2022 World Games has now opened, with more than 3,000 volunteers expected to contribute to the running of the event.

More than 3,500 athletes from at least 100 countries are expected to descend on Alabama city Birmingham in July 2022.

The Games are due to take place between July 7 and 17.

Sponsored by PNC Bank, the volunteer programme is now open, with applications welcomed.

"The World Games will be the biggest international sports event ever hosted in Birmingham and the largest international multi-sport event to be held in the Southeastern United States since the 1996 Summer Olympics in Atlanta," said Birmingham 2022 chief executive Nick Sellers.

"Our volunteers will have the once in a lifetime opportunity to experience this amazing event from the inside, make connections and deliver our famous Southern hospitality to visitors from all over the world."

Volunteers are required across the 25-plus venues that will host the 34 sports on offer at the Games.

They will also be used at the Opening and Closing Ceremonies, Athletes' Village and ushering spectators throughout various other locations.

Volunteers selected for the scheme will complete eight hours of training and will have the opportunity to determine their schedules based on the needs of the event.

"PNC knows that when we lend our time and talents, our communities thrive.

"That’s why sponsoring The World Games volunteer program in the Magic City just makes sense for us."

Birmingham 2022 will mark the 41st anniversary of the World Games.

The event will generate an estimated $256 million (£191 million/€223 million) in economic impact, it is claimed.