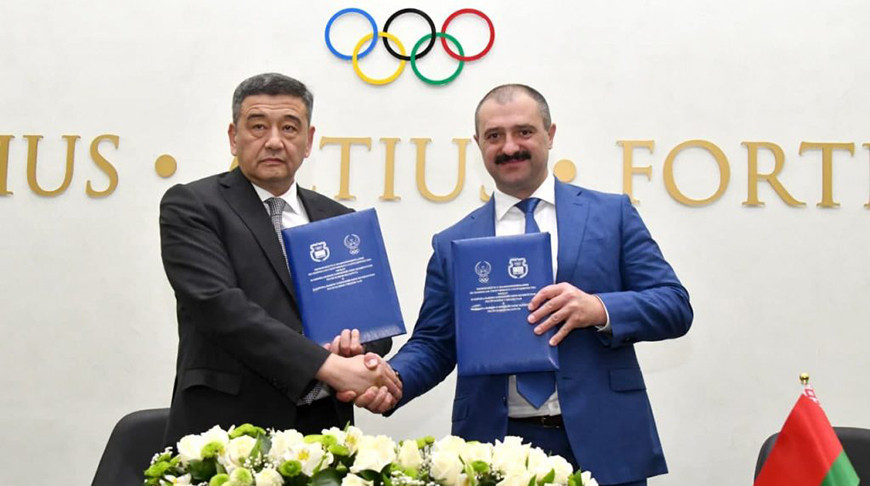 The National Olympic Committee of Belarus (NOCRB) has signed a memorandum of understanding with a 20th NOC after penning a deal with Uzbekistan.

Belarus officials met with counterparts from the National Olympic Committee of Uzbekistan at a regional gathering of NOCs in Tashkent.

Both parties have pledged to work together on issues including athlete training, coaching, judging and healthcare.

They will also aim to organise joint competitions and share best practice.

The meeting in Tashkent, the Uzbek capital, featured NOCs from the Commonwealth of Independent States, Baltic countries and Georgia.

Viktor Lukashenko and Polina Golovina, the President and secretary general of the NOCRB respectively, attended on behalf of Belarus.

The governing body remains under investigation by the International Olympic Committee (IOC) after sprinter Krystsina Tsimanouskaya alleged officials from the country took her to the airport against her will while she was at Tokyo 2020.

She was allegedly ordered to leave the Japanese capital and return to Minsk after she criticised Belarusian coaches on social media, with the IOC probing the NOCRB's role.

Tsimanouskaya is now in Poland.

Lukashenko was banned from attending Tokyo 2020 alongside his father Alexander, the former NOC head and the President of Belarus.

The IOC sanctioned both after finding they had politically discriminated against athletes, including some who were imprisoned for taking part in anti-Government protests.

Alexander Lukashenko was re-elected as President of Belarus last year, but the vote has been dismissed internationally as neither free nor fair.

It prompted protests across the country and a severe Government crackdown in response.

Payments to the NOCRB, except those which support athletes, have been frozen by the IOC.