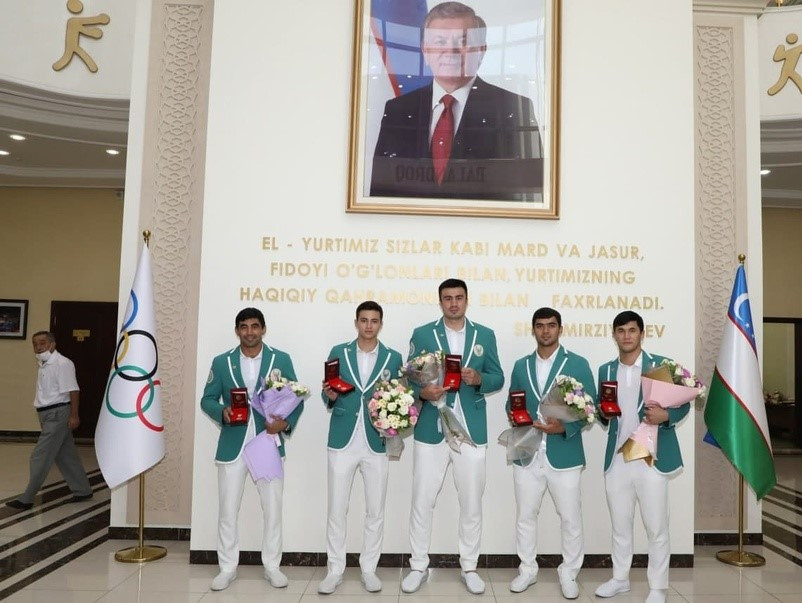 The Uzbekistan National Olympic Committee (NOC) has honoured its Tokyo 2020 medal-winning athletes with commemorative medals to celebrate the country's 30 years of independence.

President of the Uzbekistan National Olympic Committee, Rustam Shoabdurakhmonov, handed out the medals to the five athletes at a ceremony held at the NOC headquarters in Tashkent, the nation's capital.

Tokyo 2020 were the country's second-most successful Games after Rio 2016, where it won 13 medals - four golds, two silvers and seven bronzes.

Along with the athletes, the NOC’s leadership and coaches of the five athletes were also awarded commemorative medals.

In total, 67 athletes across 15 sports represented Uzbekistan at the Games as the country ranked 32nd overall.

Uzbekistan has competed at every Summer Olympic Games since 1996.

The country declared independence from the Soviet Union on September 1 1991.