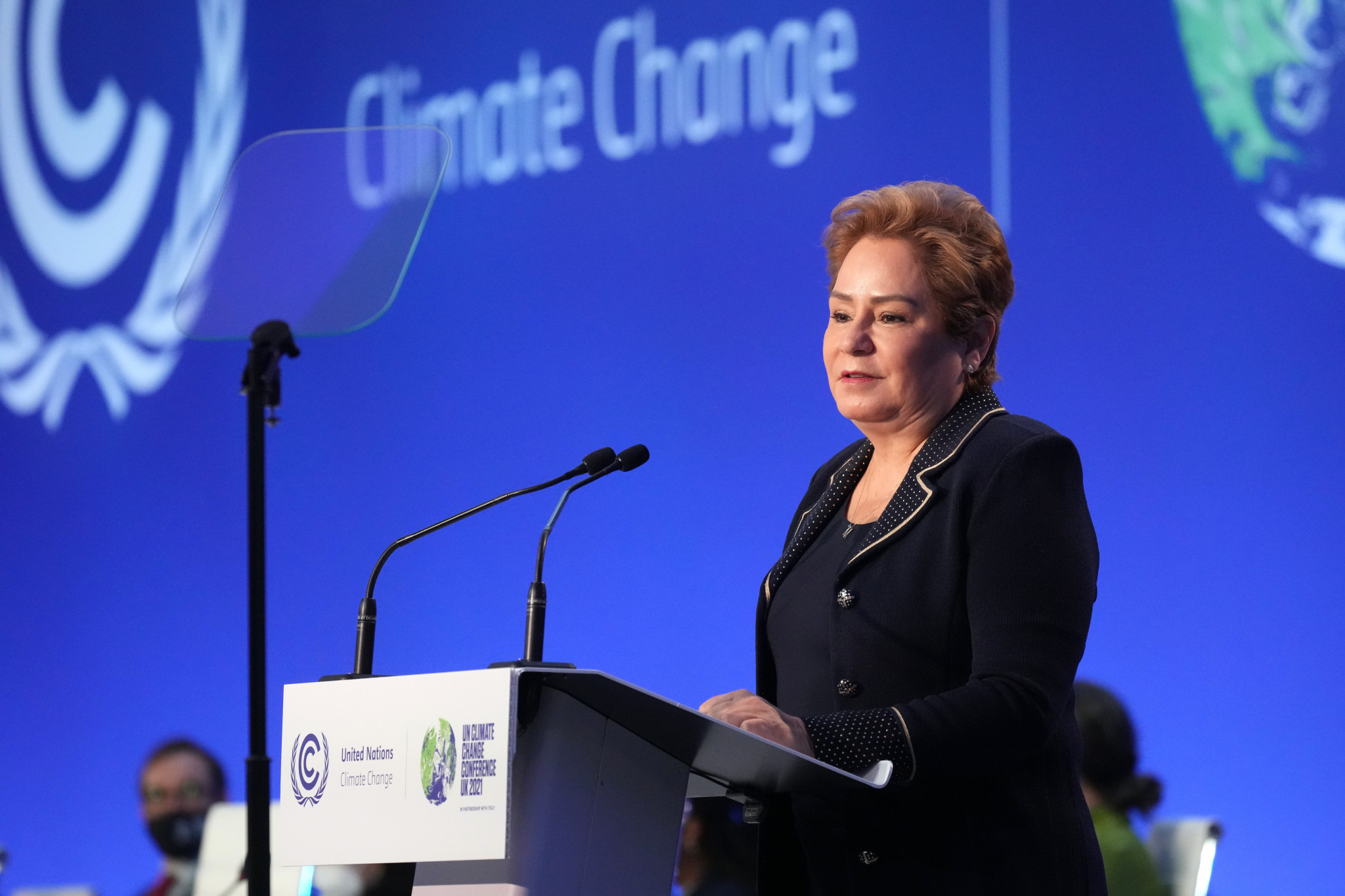 Members have also vowed to reduce emissions by 50 per cent by 2030 at the latest and enter the "Race to Zero," a UN-backed campaign which includes 35 regions, 799 cities, 4,475 and other "leading net zero initiatives" with the aim of driving a prompt reduction of emissions.

The goals were revealed at the COP26 UN Climate Change Conference of Parties in Glasgow - a key gathering of global leaders aiming to deliver action against climate change - by the UN Climate Change executive secretary Patricia Espinosa of Mexico.

"Four years since we launched the Sports for Climate Action Framework, more than 280 sports organisations have committed to the overarching objectives of aligning sport with the goals of the Paris Agreement," Espionosa said.

"The sector eagerly took up the challenge, but also told us that they want to do more and to do it faster.

"These organisations are now being challenged to reduce emissions 50 per cent by 2030 at the latest and to achieve net-zero emissions by 2040."

Among the signatories of the S4CA are the IOC, FIFA and the Premier League, while the Organising Committee for the Milan-Cortina 2026 Winter Olympic and Paralympic Games also recently joined.

Yesterday, the IOC Sustainability and Legacy Commission chair Prince Albert of Monaco speaking at COP26 said the more than 270 members who are part of the S4CA is "a solid foundation to build on," but urged "more sports organisations to join the Framework and commit to meaningful action."

S4CA was co-created by UN Climate Change and the IOC in December 2018, and aims to use sport to drive climate awareness and action and guide sports towards lessening their impact on the environment.

It seeks to pursue the goals of the Paris Agreement, adopted in 2015 and implemented from 2016, which aims to limit global warming "preferably to 1.5 degrees Celsius" from pre-industrial levels, reach a global peak of greenhouse gas emissions "as soon as possible" and achieve climate neutrality by "mid-century".

Isha Johansen, a member of the FIFA Council, set out football's governing body's stance at the Sports for Climate Action - On the Race to Zero session in Glasgow yesterday.

"We, as inhabitants of this planet, must all make this our priority," Johansen said.

"Football also has the power to radically shift mindsets on climate change and mainstream climate action.

"We have a huge, attentive audience and it is our duty to amplify these key messages.

"We will help educate fans on climate change and encourage them to play their part in protecting the planet and the beautiful game.

"We have a moral, urgent duty to accelerate our action.

"Our commitment to protecting our climate remains unwavering."

FIFA has unveiled its Climate Strategy, which plans to provide education on ways to tackle climate change, make football regulations and activities "more resilient" to the effects of climate change, reduce football's carbon emissions and "invest in climate protection."

The environmental impact has been one of the criticisms aimed at FIFA's proposal to stage biennial World Cups.

Its President Gianni Infantino delivered a video message to COP26 delegates in which he vowed to "reduce and compensate" emissions related to the staging of tournaments.

"This is a critical moment," Infantino said.

"The change in weather patterns is impacting the environment and its rich biodiversity, food security and access to fresh water, as well as the health and well-being of individuals.

"I am proud to announce today that - based on our long experience with climate action in football - FIFA has developed a comprehensive climate strategy and is committed to investing substantial resources that will allow FIFA and football to reach the ambitious and necessary objectives of the UNFCCC Sports for Climate Action Framework."