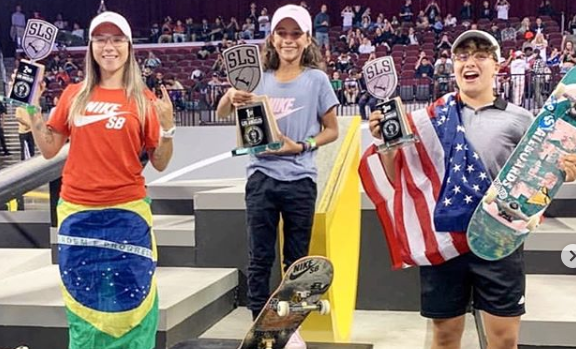 Eleven-year-old Rayssa Leal delivered a sensational performance to become the youngest skater to win a leg of the Street League Skateboarding World Tour.

The Brazilian sensation wowed the crowd on the second stop of the Tour, taking victory in the women’s category at Galen Center in Los Angeles.

Leal accumulated 23.3 points to ensure that an effort of 22.8 from compatriot Pamela Rosa was good enough only for second place.

Third was the United States’ Alana Smith on 22.5.

In the men’s event, 20-year-old Japanese skater Yuto Horigome racked up 35.7 from his top four scores.

American Maurio McCoy finished second on 34.5, while France’s Vincent Milou was third with 34.1.

Skaters in the men’s and women’s competitions were able to earn points towards qualification for the Tokyo 2020 Olympic Games.

The third stop of the Tour is set to take place from September 18 to 22 in Mexico City.