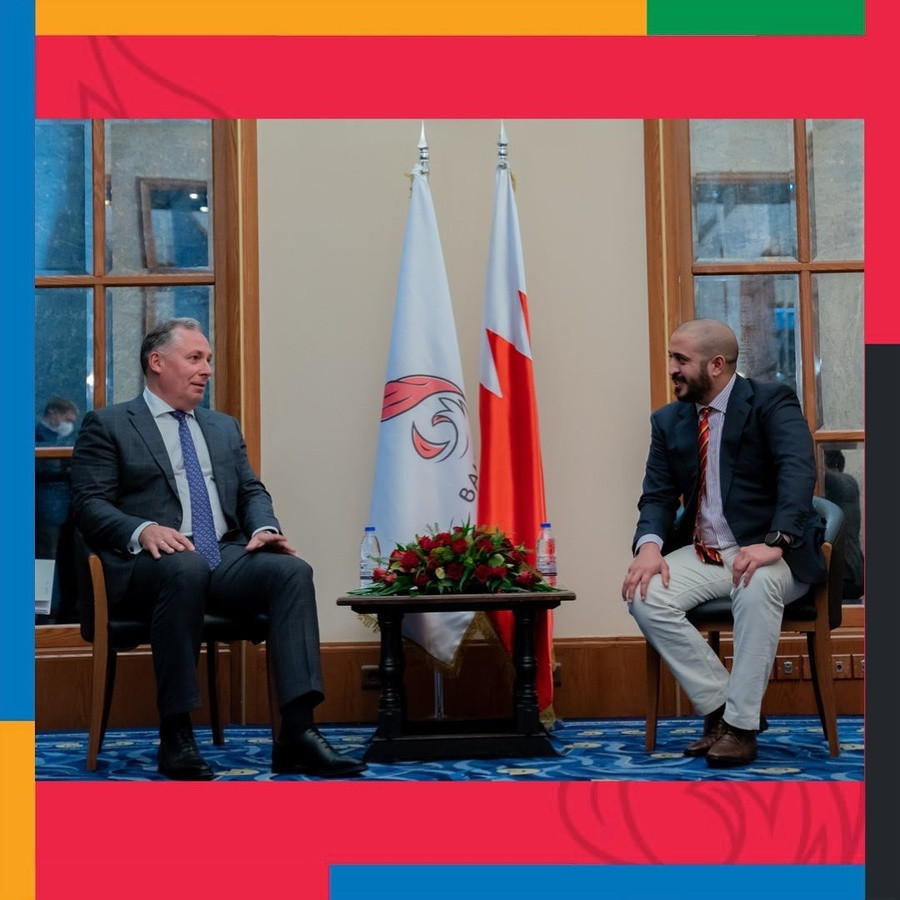 There they discussed the potential to cooperate at various technical and administrative levels, as well as peace between different groups of people.

It is the latest hint at cooperation between Israel and Arab states in the Middle East.

The BOC signed an agreement with the Russian Olympic Committee (ROC) as the two countries aim to develop a sports partnership.

It was a stopover for the BOC on their way to the Greek island of Crete for the ANOC General Assembly, which closed today.

After signing, Sheikh Khalid expressed his pleasure for the cooperation, praising Russia's position as a sporting nation and said it would boost the development of sports in Bahrain.

The memorandum extends until December 2025 and presents opportunities for training camps and exchange visits by sports teams to each country.

Meetings were held later in Crete, including one with the secretary general of the Spanish Olympic Committee, Alejandro Blanco Bravo, who spoke about the need for bilateral cooperation.

Finally, a cooperation agreement was made with the Saudi Arabian Olympic Committee (SAOC), which Sheikh Khalid signed with Prince Abdul Aziz bin Turki Al-Faisal Al-Saud, the Minister of Sport and chairman of the SAOC.

This agreement looks to improve organisational structure and administrative effectiveness between the two.

The two nations also exchanged information on the qualification and development of trainers in the meeting.