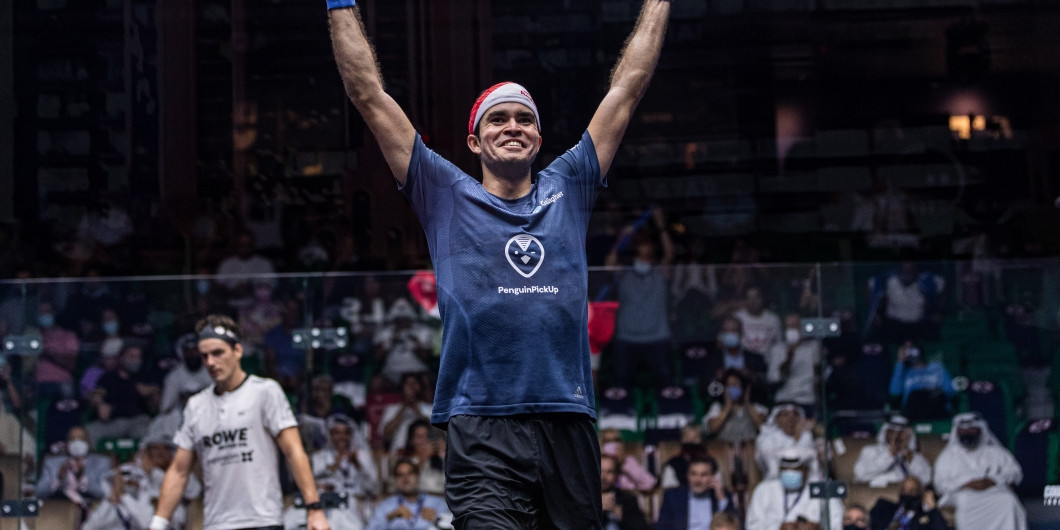 Diego Elías has won his first major title after defeating New Zealand's Paul Coll in the Qatar Classic at the Khalifa International Tennis and Squash Complex in Doha.

It was the first time that 'the Puma' had reached the final of a Professional Squash Association (PSA) Platinum tournament.

It was the fifth time in five matches that Elías had been taken to at least four games at the tournament.

"I can't believe it still, I'm very happy with this," said Elías after the match.

"I'm very happy with my game.

"I want to thank everyone for coming today.

"Thanks to all the Peruvian people that came.

"I'm just very happy to be a Platinum champion for the first time, I've been trying for a long time now."

It is the first time since 2011 that an Egyptian has not won the tournament, when Frenchman Grégory Gaultier was victorious.

"It is hard to see those [positives] now, but I am happy to be back here in Doha, competing in another final on such a great stage," said Coll.

"I thought we had a good plan this week, unfortunately I just didn’t quite convert it.

"I had game balls tonight in every set but I just couldn't close it out."