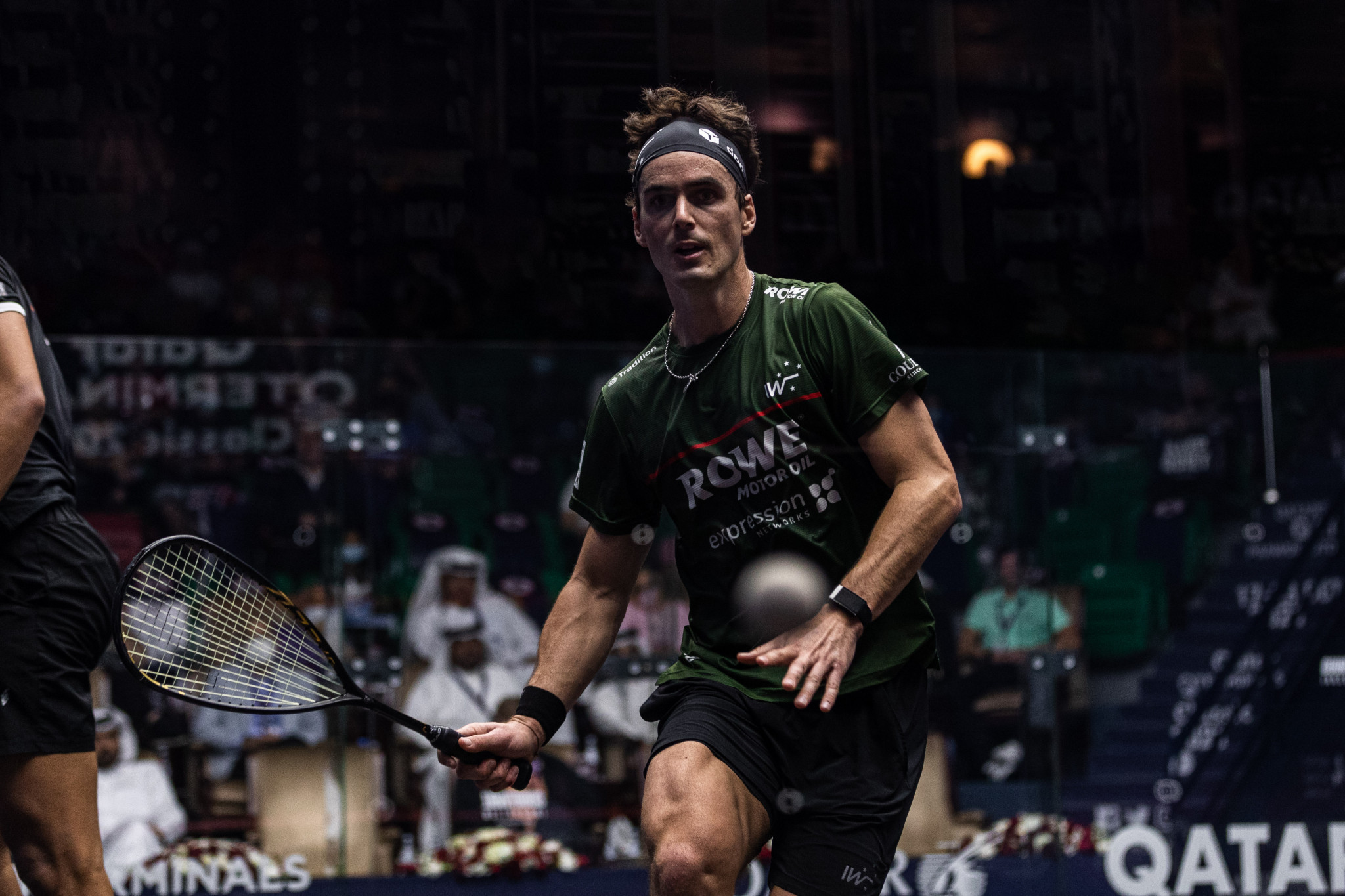 Second seed Paul Coll defeated Mostafa Asal at the Qatar Classic to set up a final showdown with Diego Elias, who will be playing in one of the biggest matches of his career.

Peru's Elias has never before reached the final of a Professional Squash Association (PSA) Platinum tournament, but saw off Wales' Joel Makin at the Khalifa International Tennis and Squash Complex in Doha.

In a stop-start affair, world number eight Elias fended off a Makin fightback to win in four games after 70 minutes.

By comparison, three of Coll's four wins have come in straight games.

We could be in a long night of squash here! The first rally between @JoelMakin and @diegoelias96 lasted for more than two minutes 💪#QatarClassic pic.twitter.com/IRDT4GreLm

New Zealand's Coll, who Elias will play tomorrow, had lost all three of his previous matches with Asal on the PSA World Tour, but put an end to that winless record in emphatic fashion.

Coll and Asal last met in the British Open quarter-finals in August, with Coll winning in straight games on his way to the title.

The world number three was runner-up at this event last year and also lost in the final when the World Championship was held at this venue in 2019.

"I’ve been saying all week third time lucky, so I hope tomorrow I can do it," Coll said.

"I love coming to Qatar every year, I love this court and I’ve got a good feeling on it.

"Third time lucky would be great, I’m playing my good mate Diego, so I’m sure it ill be a good battle.

"We said whoever wins is buying the drinks tomorrow night."