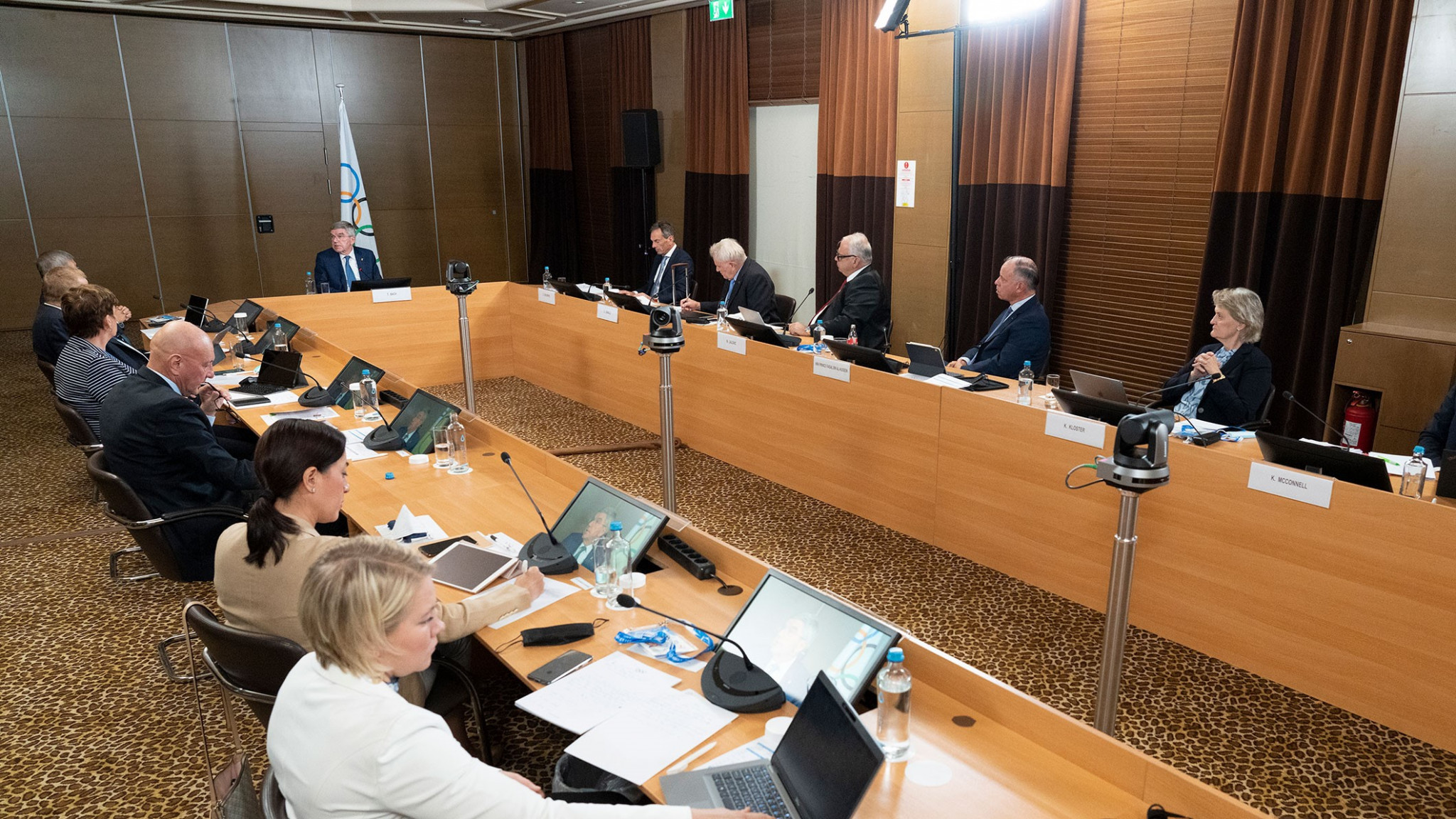 The Executive Board of the International Olympic Committee (IOC) today approved the candidatures of 17 athletes for the IOC Athletes' Commission (AC) election that is set to take place at the Beijing 2022 Winter Olympic Games.

Ten female and seven male athletes from 17 National Olympic Committees (NOCs) are set to compete for the two vacant seats on the commission - the most ever for a Winter Olympics.

Athletes competing at Beijing 2022 will be able to vote for their representatives in the Olympic Villages from January 27 - the day the Villages open - until February 16 2022.

Approval of the successful pair is subject to their qualification for the Games.

"The record number of candidates and global representation are a strong sign that athletes want to play a primary and active role within the Olympic Movement and make their voices heard, which is great," said Emma Terho, chairman of the IOC AC.

"All these candidates bring great value to the athlete community, and will add a new set of skills and expertise to the IOC Athletes’ Commission no matter who will be elected."

Five-times Olympic champion Martin Fourcade of France is one of the candidates.

The biathlete won two gold medals at Sochi 2014 in the 20 kilometre individual event and the 12.5km pursuit.

He also won one silver medal in Russia and one at Vancouver 2010, both in the 15km mass start event.

Ireen Wüst is a strong contender for the position.

Four years later she won gold again, this time in the 1500m race.

Yet another gold came at Pyeongchang 2018 for Wüst in the 1500m which was accompanied by two silver medals in the 3000m and team pursuit.

The Swede recorded a time of 1 minute 38.63 seconds in the Pyeongchang 2018 women's slalom to be crowned Olympic champion for the first time.

Eva Samková of the Czech Republic has applied.

She won gold in the women's snowboard cross at Sochi 2014 before claiming bronze at Pyeongchang 2018.

She was goaltender for Switzerland's ice hockey team.

They are joined by Slovenian ski jumper Jernej Damjan.

The bobsleigh trio of Nigeria's Seun Adigun, Israeli Adam Edelman and Oluseyi Smith of Canada have also applied for the positions.

The elected athletes will replace current IOC AC member Hayley Wickenheiser of Canada who is finishing her term at the end of Beijing 2022 and Norwegian Ole Einar Bjørndalen who resigned from the IOC AC in 2016.

The IOC AC’s mission is to ensure that athletes have a say in the key decisions of the Olympic Movement as it serves as a link between competitors and the IOC.

The commission is made up of a maximum of 23 members who each serve a term of eight years.

An election is held at every edition of the Olympic Games, with four members chosen at each Summer Games and two at each Winter Games.

The final appointments will be made by the IOC President Thomas Bach, in consultation with the IOC AC chairman.