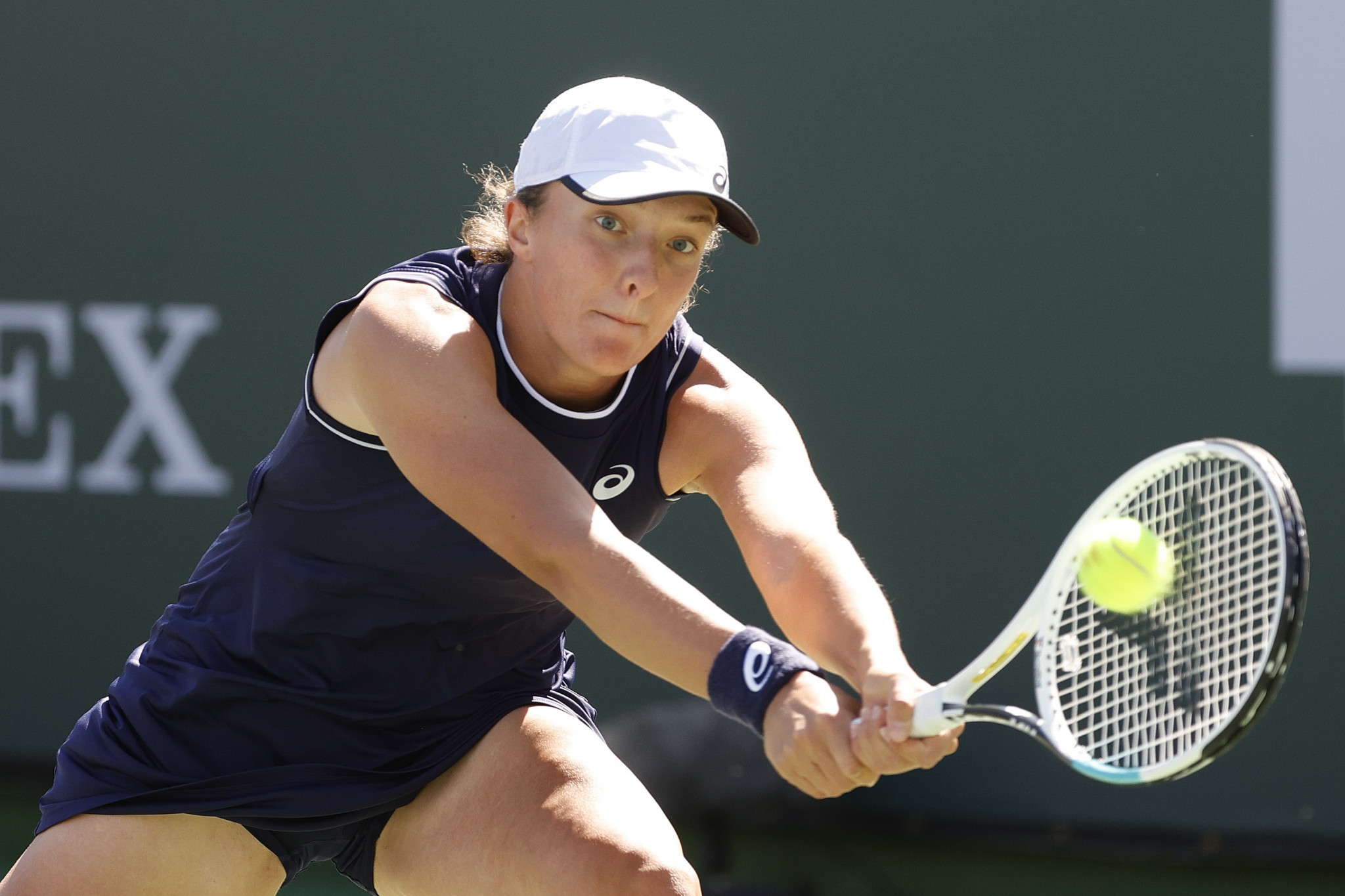 Three more highly-ranked seeds were knocked out of the Indian Wells Masters in California as Iga Świątek of Poland, Barbora Krejčíková of the Czech Republic and Elina Svitolina of Ukraine suffered straight sets defeats in the last 16.

It was a meeting between two former French Open champions as Latvia’s Jelena Ostapenko, winner in 2017, took on Świątek who claimed the trophy in 2020.

But Ostapenko, seeded 24th for the tournament, ensured she came out on top on this occasion, winning 6-4, 6-3 to advance to the quarter-finals.

"I knew it was going to be a very tough match because she's such a great player, she won a Grand Slam and she's playing great tennis," said Ostapenko.

"I really came with a strong mentality to this match.

"I knew I had to fight for every point, be aggressive and I think I did that pretty well today."

Krejčíková, the holder of the French Open title, was also toppled as she lost 6-1, 7-5 to 21st seed Paula Badosa of Spain.

Fourth seed Elina Svitolina was another big casualty on a day of shocks in the women’s draw as she was thrashed by Jessica Pegula of the United States.

Pegula swept to a 6-1, 6-1 victory to set up a meeting with Victoria Azarenka who beat Aliaksandra Sasnovich 6-3, 6-4 in an all-Belarusian fourth-round clash.

Germany’s former world number one Angelique Kerber is the highest seed left in the competition at number 10 after she saw off Australia's Ajla Tomljanovic 6-4, 6-1.

Twelfth seed Ons Jabeur never made it past the second round at the Indian Wells Masters before last week, but the Tunisian boosted her chances to qualify for the WTA Finals after defeating Russian qualifier Anna Kalinskaya 6-2, 6-2 in the fourth round to advance to her second WTA 1000 quarter-final of the season.

By tallying her tour-leading 47th win of the season, Jabeur will overtake Naomi Osaka of Japan on the Race to the WTA Finals Leaderboard, rising to number eight.

In the men’s draw, second seed Stefanos Tsitsipas of Greece surged back from a set and a break down to hold off Italian Fabio Fognini in the third round.

The Greek was rattled early on against the 30th seed but worked his way back into the match for a 2-6, 6-3, 6-4 victory in two hours and four minutes.

It set a fourth-round meeting with Australia’s Alex de Minaur, who beat Cristian Garin of Chile 6-4, 6-2.

"From [a set and a break down] I just took it point by point and it worked out pretty well," said Tsitsipas.

"A good mindset and also a bit of patience helped as well.

"I found solutions in those tough moments and really felt like I had momentum."

American Taylor Fritz earned his biggest win of the year with a 6-4, 6-3 victory over fifth seed Matteo Berrettini of Italy.

He will now meet another Italian in Jannik Sinner, who was moved through courtesy of John Isner of the US pulling out due to the impending birth of his third child.

Despite falling behind a break in both sets, the third seed overcame Murray 6-4, 7-6 to reach the fourth round in Indian Wells for the first time since 2016.

The German will next play 14th seed Gael Monfils of France, who downed two-time major finalist Kevin Anderson of South Africa with a 7-5, 6-2 triumph.

He will next face Georgia’s 29th seed Nikoloz Basilashvili, who overcame 33-year-old Albert Ramos-Vinolas of Spain 2-6, 7-6, 6-2 in a come-from-behind victory.