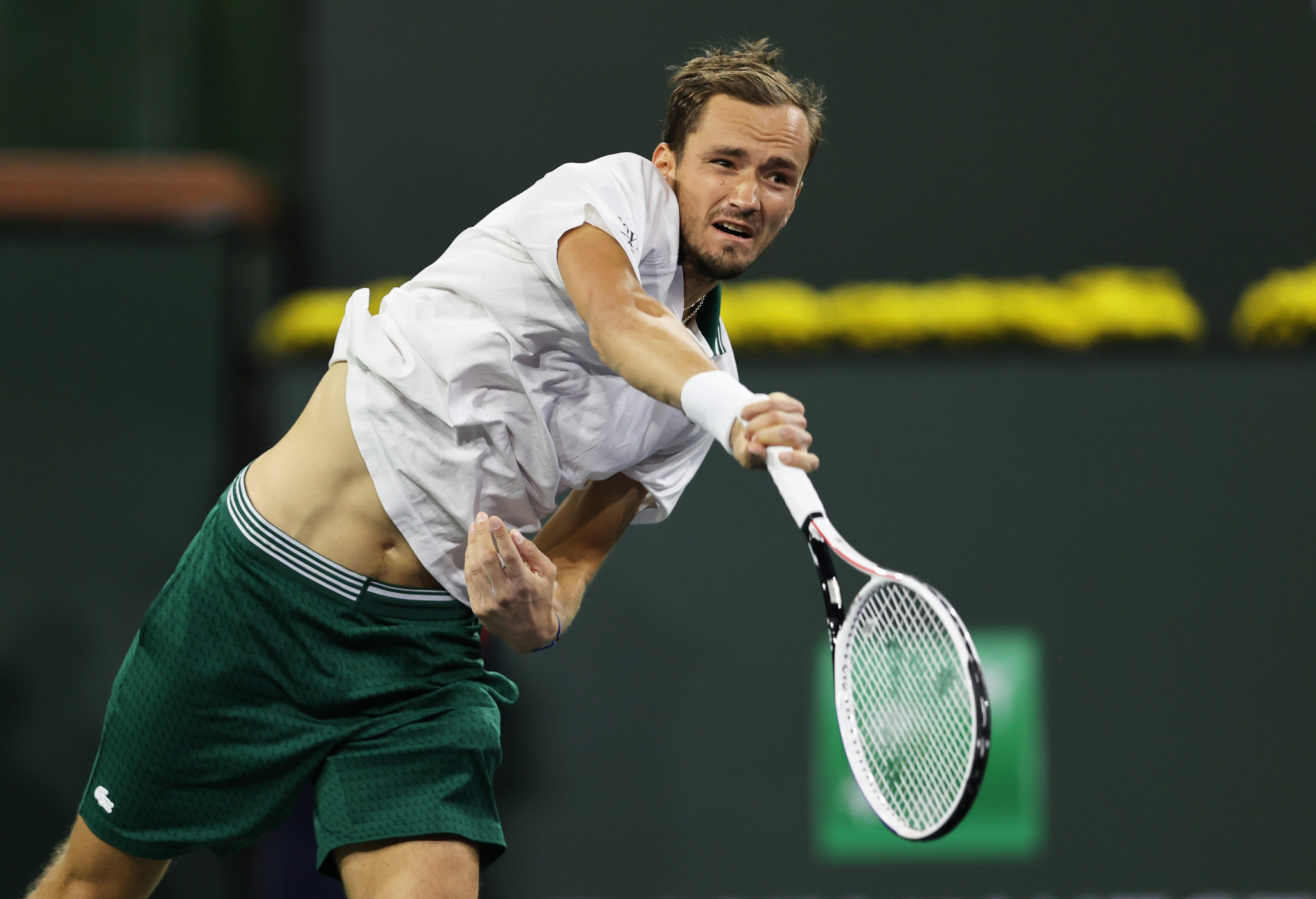 The newly-crowned US Open champion and men's singles top seed Daniil Medvedev got his Indian Wells Masters campaign off to a winning start with a comfortable victory against home favourite Mackenzie McDonald in California.

The American McDonald - who was born in Calofirnia and went to high school and college in the state - got past James Duckworth of Australia in the first round to set up the clash with Medvedev.

He lost his serve to the world number two in the first game to lose the first set 6-4, before the Russian took control in the second set, which he won 6-2 to advance to a third-round tie against Serbia's Filip Krajinović.

"I’m actually really pleased, because usually I haven’t played well in Indian Wells and I haven’t been playing that well in practices before [the tournament]," Medvedev admitted afterwards.

"[I am] really happy with my performance.

"That’s the most important [thing] no matter how I played before the tournament."

His compatriot and fourth seed Andrey Rublev is also safely through after a 6-3, 6-4 win against Spain's world number 116 Carlos Taberner.

Another Russian in Aslan Karatsev cruised through with a 6-0, 6-2 victory over Italian qualifier Salvatore Caruso to set up a third-round match with ninth seed Denis Shapovalov, as the Canadian had led 3-0 in the first set pf his match before compatriot Vasek Pospisil retired.

Norway's sixth seed Casper Ruud eased past Spain's Roberto Carballés Baena 6-1, 6-2 and will play South Africa's Lloyd Harris in the next round, as did eighth seed Hubert Hurkacz of Poland 6-1, 7-5 against Alexei Popyrin of Australian to book a meeting with American Frances Tiafoe.

Things weren't so comfortable for 11th seed Diego Schwartzman of Argentina, who had to save two match points in the third set against American qualifier Maxime Cressy before edging the contest 6-2, 3-6, 7-5.

The world number three Plíšková triumphed 7-5, 6-2 against Polish qualifier Magdalena Fręch, while Andreescu started her bid to become the first player to defend the Women's Tennis Association title at the Indian Wells for 30 years with a 7-6, 5-6, 6-2 win against America's Alison Riske.

Plíšková and Andreescu could meet in the fourth round should they get past Brazil's Beatriz Haddad Maia and Estonia's Anett Kontaveit respectively.

However, despite reaching two Grand Slam semi-finals this year and taking the first set in her tournament opener, Greek sixth seed Maria Sakkari suffered an early exit after losing 5-7, 6-3, 6-2 to Switzerland's Viktorija Golubic.

Fifth seed Garbiñe Muguruza of Spain is also out after a 3-6, 6-1, 3-6 defeat to Australia's Ajla Tomljanović.

Czech third seed Barbora Krejčíková was taken to three sets but saw off Kazakhstan's Zarina Diyas 6-4, 3-6, 6-1, and so too was the 12th-seeded Tunisian Ons Jabeur, who overcame Latvia's Anastasija Sevastova 6-2, 6-7, 6-3.

Jabeur will face American Danielle Collins in the third round - Collins had taken the first set 6-1 when compatriot Lauren Davis withdrew with injury.

Fellow American Coco Gauff beat France's Caroline Garcia 6-3, 6-7, 6-1, while Germany's 10th seed Angelique Kerber, runner-up last time this event was held in 2019, is through after a 6-1, 6-7, 7-5 win against the Czech Republic's Kateřina Siniaková.