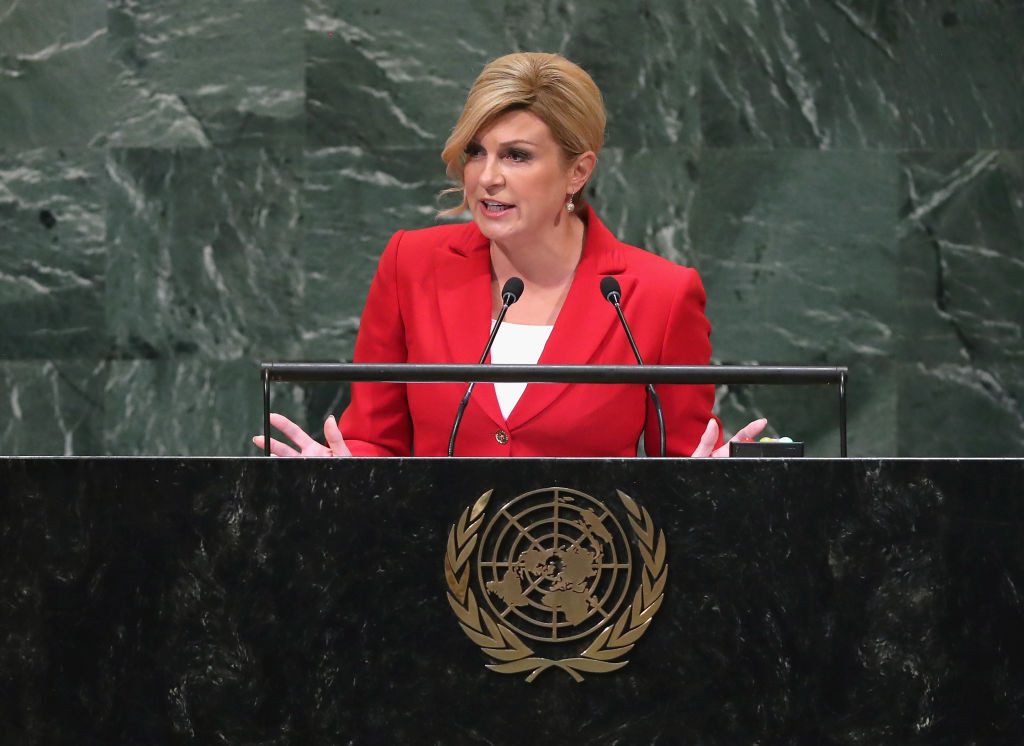 Former Croatian President Kolinda Grabar-Kitarović has been appointed to chair the International Olympic Committee (IOC) panel responsible for identifying and recommending hosts of the Olympic Games.

Grabar-Kitarović has been chosen to replace Norway's Kristin Kloster Aasen, who was forced to stand down after becoming part of the IOC Executive Board, as head of the Future Host Commission for the Games of the Olympiad.

Her regular spot on the Commission has been taken by World Triathlon President Marisol Casado.

IOC members are not allowed to serve on both the Commission, which recommended Brisbane stage the 2032 Olympic and Paralympic Games, and the ruling Executive Board.

Among Grabar-Kitarović's key tasks following her appointment will be helping to choose the host city for the 2036 Olympics and Paralympics.

Grabar-Kitarović secured a place on the influential panel after stepping in for Mikaela Cojuangco Jaworski of the Philippines following her election to the Executive Board.

It came just two weeks after she became an IOC member in July 2020.

The 53-year-old will lead the Commission "with immediate effect", the IOC said.

"Kolinda Grabar-Kitarović will bring rich and diverse skills and experience, including at the very highest levels of Government and international relations," IOC President Thomas Bach said.

"As a member of the same Commission, she has already contributed to the successful delivery of the first election under the new approach to choosing Olympic and Paralympic hosts, with the selection of Brisbane 2032."

Grabar-Kitarović, President of Croatia from 2015 until she was defeated in her bid for re-election last year, said she was "grateful for this opportunity to collaborate with potential hosts on Olympic projects, which will help them to achieve their long-term goals for development, public health, sports participation and inclusion".

"I would like to continue to build on the great work begun under Kristin’s leadership," she added.

"It is an exciting chance to develop innovative ways to steer the Olympic Games into the future and explore the challenges facing upcoming hosts, such as climate change."

The IOC has scrapped the traditional bid process in favour of a more targeted approach with selected countries, led by the Future Host Commission.

Grabar-Kitarović attended the 2018 FIFA World Cup final in Moscow and was part of the presentation party, alongside the likes of Russian President Vladimir Putin and FIFA head Gianni Infantino.

During her term as President, Croatia was accused of human rights violations for summarily returning migrants and asylum seekers to Bosnia and Herzegovina, in some cases with force.

Grabar-Kitarović acknowledged force was used but also claimed injuries suffered by migrants were the result of their arduous journeys.

The scandal prompted Human Rights Watch to call on Grabar-Kitarović to "order both an investigation into unlawful pushbacks of migrants by Croatian border officials and a halt to such actions".

Bach claimed the allegations against Grabar-Kitarović had not been proven after she was elected as a member.