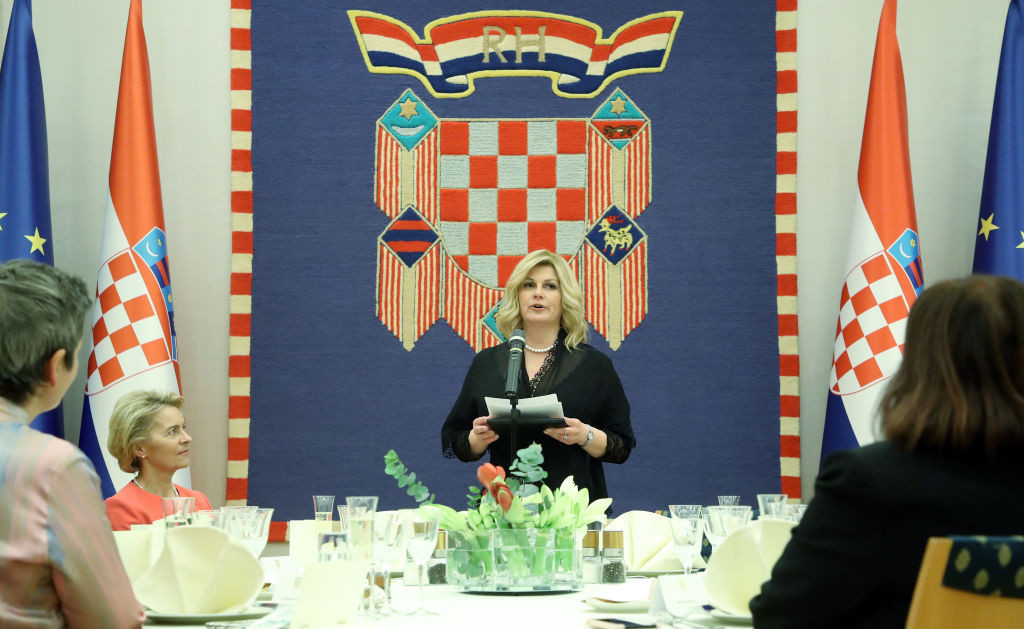 Former Croatian President Kolinda Grabar-Kitarović has been handed an important International Olympic Committee (IOC) role just two weeks after becoming a member after she was chosen to fill the vacant slot on the Future Host Commission for the Summer Games.

Grabar-Kitarović, one of five officials approved for membership of the IOC at the virtual Session earlier this month, has replaced Mikaela Cojuangco Jaworski of the Philippines after she was elected to the Executive Board.

Jaworski becoming part of the Executive Board freed up a place on the panel as IOC members cannot serve on the ruling body and the powerful Future Summer Host Commission, which identifies and recommends venues for the Olympic Games.

The IOC claimed following the virtual Session that up to 15 parties had expressed an interest in hosting an Olympic event, including the Summer and Winter Games.

The Qatar Olympic Committee announced this week that it was interested in hosting the Olympics as early as 2032, providing a potentially strong rival to the bid from Queensland in Australia.

Canada are also among the other countries to have entered the continuous dialogue phase with the IOC regarding hosting the Summer and Winter Games.

Grabar-Kitarović was President of Croatia from 2015 until she was defeated in her bid for re-election earlier this year.

The politician attended the 2018 FIFA World Cup final in Moscow and was part of the presentation party, alongside the likes of Russian President Vladimir Putin and FIFA head Gianni Infantino.

During the 52-year-old's term as President, Croatia was accused of human rights violations for summarily returning migrants and asylum seekers to Bosnia and Herzegovina, in some cases with force.

Grabar-Kitarović acknowledged force was used but also claimed injuries suffered by migrants were the result of their arduous journeys.

The scandal prompted Human Rights Watch to call on her to "order both an investigation into unlawful pushbacks of migrants by Croatian border officials and a halt to such actions" in a letter addressed to the then-Croatian President.

IOC President Thomas Bach claimed the allegations against Grabar-Kitarović had not been proven after she was elected as a member.

"The IOC Ethics Commission has looked into the background of all the candidates and has come to the result to give the green light to the Members Election Commission and the Executive Board, so obviously there none of these allegations have been verified," Bach said.