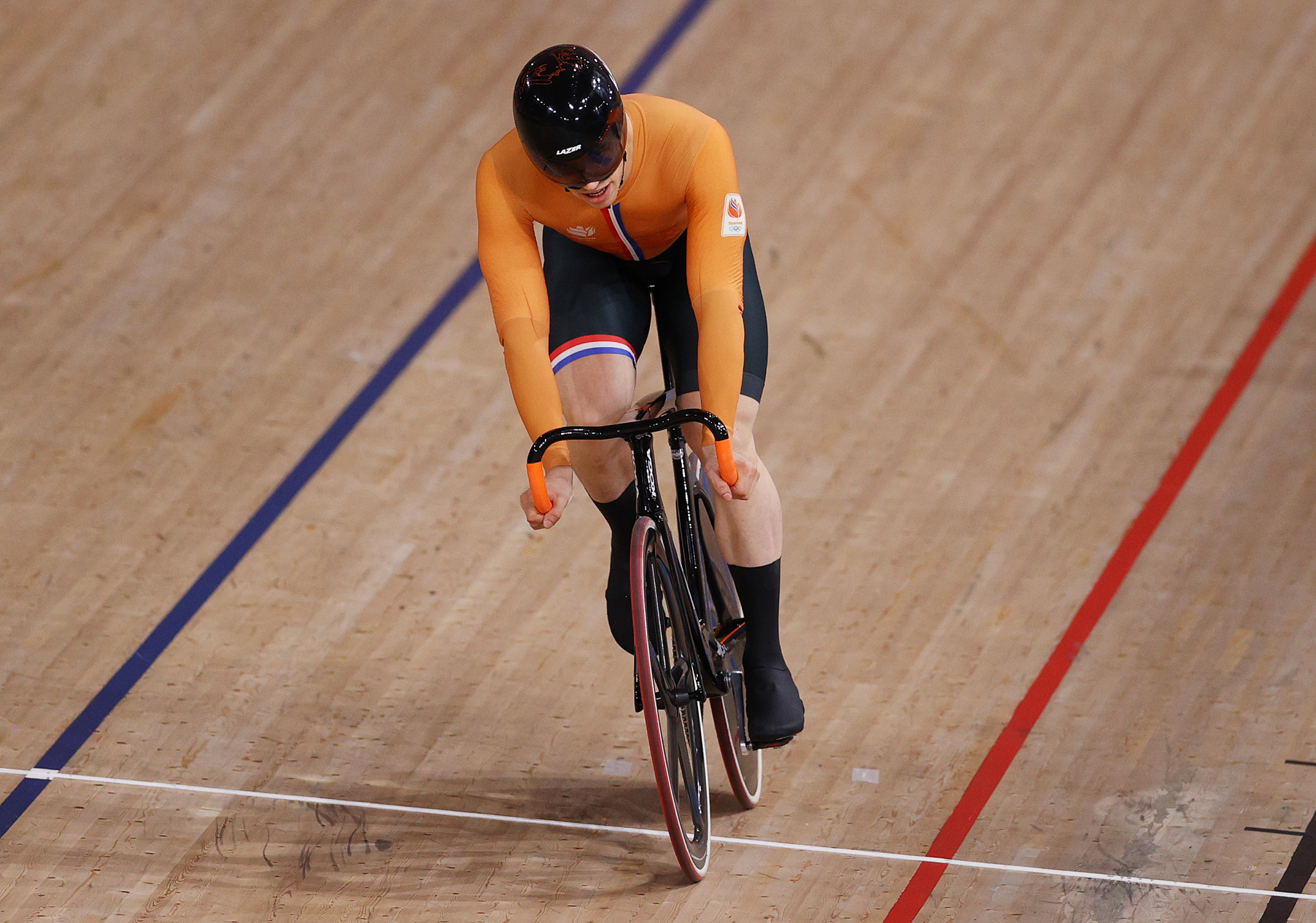 Tokyo 2020 champion Harrie Lavreysen triumphed in the men's sprint to keep The Netherlands top of the medal table at the European Cycling Union (UEC) Elite Track European Championships in Grenchen in Switzerland, while Russia won two golds on the penultimate day of racing.

Lavreysen is now the reigning Olympic, world and European champion in the men's sprint as he overcame Jeffrey Hoogland in the final, with his opponent having also contributed to a Dutch team sprint gold both in Tokyo and Grenchen.

Daria Shmeleva of Russia claimed gold in the first final of the day as she clocked 33.086sec in the women's 500-metre time trial.

Her closest challenger was Pauline Sophie Grabosch in 33.336, while Yana Tyshchenko ensured a double Russian presence on the podium in 33.534 for third place.

Dutch rider Steffie van der Peet just missed out on bronze in a time of 33.641 seconds.

Gulnaz Khatuntseva moved Russia into second on the medal standings with her women's points race victory.

Khatuntseva scored a crucial three and four points in the final two sprints to finish with 35, while Belgium's Shari Bossuyt took silver on 28 points.

The Netherlands' Lonneke Uneken clinched bronze with 22 points, just in front of Lithuania's Olivija Baleišytė on 21.

The front four all lapped the field to score 20 points, meaning that Italy's Silvia Zanardi had to settle for fifth despite scoring the most points from the 10 sprints with 18.

After winning women's team pursuit gold earlier in the Championships, Germany's Lisa Brennauer has an individual pursuit title to go with it as she recorded a time of 3min 19.548sec in the final against France's Marion Borras, who clocked 3:23.297.

Mieke Kröger earned a second medal for Germany in this event as she lapped Italy's Martina Alzini for bronze.

Poland's Alan Banaszek triumphed in the men's omnium, rising from third to first with 30 points in the points race to finish on 136.

Fabio van den Bossche of Belgium lapped the field twice in the final event to force himself from sixth into silver on a total of 130 points.

Danish rider Matias Malmberg had led going into the points race, but failed to lap the field and his eight points from the 10 sprints saw him finish on 124 for bronze, with Britain's Oliver Wood in fourth on 117.

The competition draws to a close in Grenchen tomorrow with the keirin and madison events.