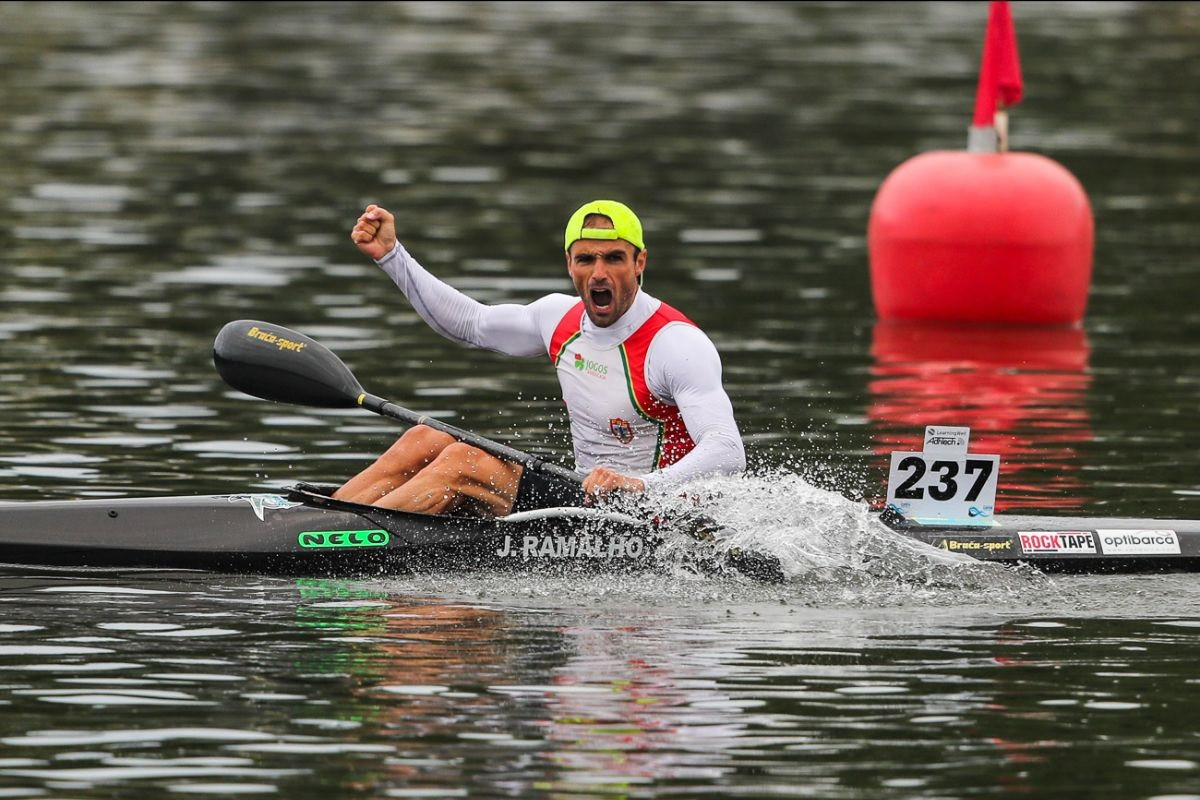 The 39-year-old canoeist led for much of the 3.4-kilometre K1 race before being overtaken by Denmark’s Mads Pedersen at the start of the final lap.

But Ramalho, who started his canoe marathon career in 2009, outsprinted Pedersen to secure victory in 14min 19.85sec.

"I was very focused, I’ve been focused for the past months since the Europeans, so I knew I could do it," said Ramalho.

"All this year I thought I could do it, and I passed all these favourites today, so it’s a party day now.

"Every time, year after year, I thought maybe I wouldn’t be a world champion.

There were also titles for Hungarian duo Vanda Kiszli and Balazs Adolf and Ukraine’s Liudmyla Babak, who defended her women’s C1 short-distance crown.

Kiszli won the inaugural women's K1 short-distance gold at the 2019 World Championships in Shaoxing and triumphed again in Bascov.

After close racing for two laps, Kiszli pulled away to post an easy win in 16:11.11.

Adolf provided more success for Hungary when he won his first senior world title in the men’s C1 class.

The former junior world champion topped the podium after coming home in 16:04.23.

Poland’s Mateusz Borgiel won silver in 16:08.41 and Czech Jakub Brezina repeated his result from two years ago by taking bronze in 16:12.45.

Babak continued her dominance of the women’s C1 event as she secured a fourth world title in 18:32.93.

Hungary’s Zsofia Kisban chased Babak throughout the race to take silver in 18:46.71, with Belarusian Volha Klimava earning bronze in 19:11.79.

The Canoe Marathon World Championships is also acting as a qualifier for the Birmingham 2022 World Games.

A total of 20 World Games quotes places will be up for grabs in both the men’s and women’s events.