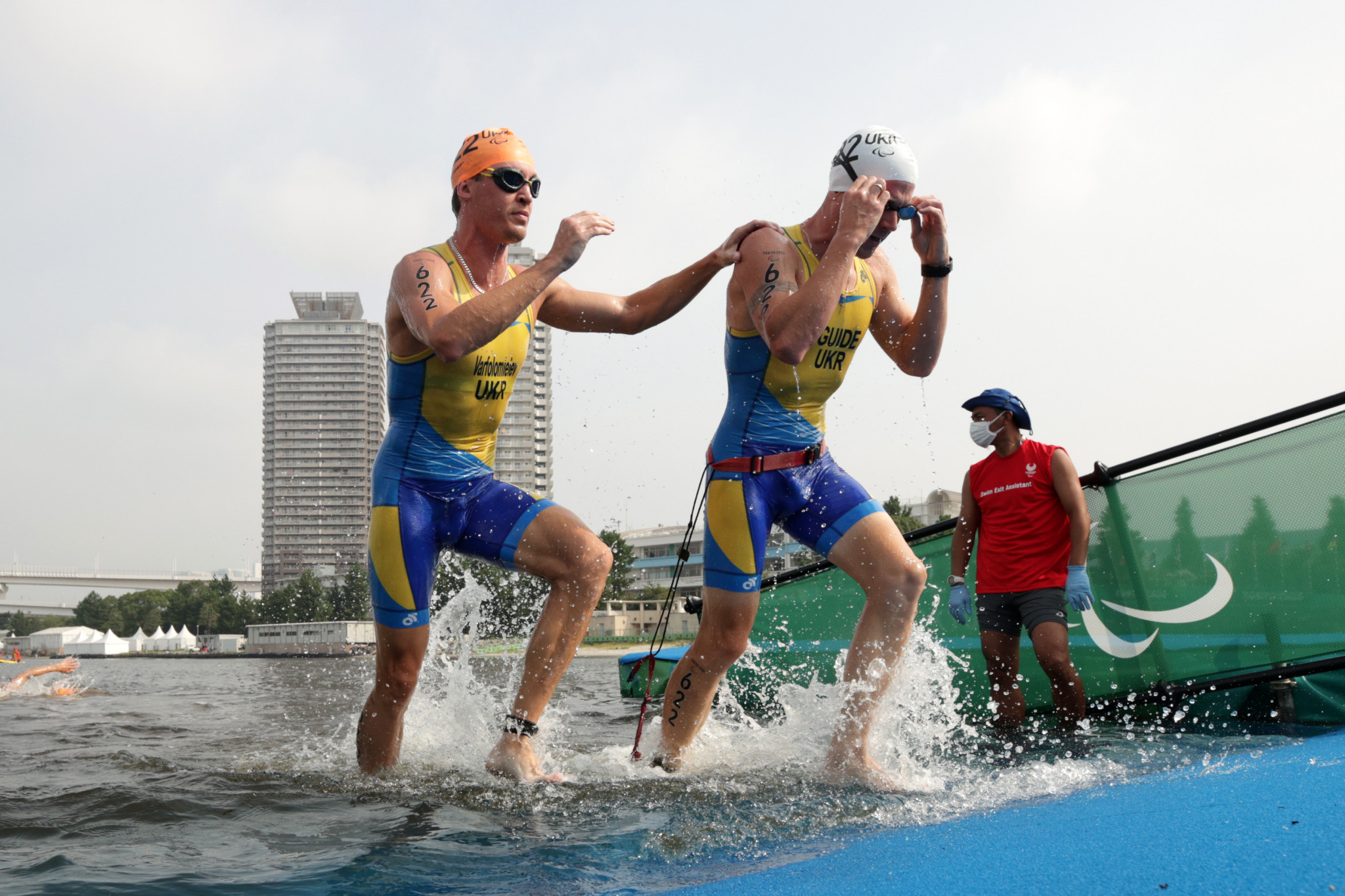 The 2021 World Triathlon Para Cup makes the third of its four stops in the Turkish town of Alanya tomorrow, with the line-up including Ukrainian Paralympians Anatolii Varfolomieiev and Vita Oleksiuk.

Alanya hosted a Para Cup event for the first time in 2019, and this year's course starts with a 750-metre swim, followed by a 20-kilometre cycle and 5km run.

The men's PTS5 will be the first race to get underway, and looks set to be hotly contested.

Hungary's national champion Bence Mocsári has been in good form at World Triathlon Para Series events this year, finishing fifth in Yokohama in May and in the top 10 at Leeds in June.

In the women's PTS5, Alisa Kolpakchy of Ukraine will be looking for her second successive win in Alanya having won this race in 2019.

She is joined by Russia's Anna Bychkova, Monika Belczewska of Poland and Miray Ulaş representing the host nation.

The visually impaired races will be next to begin, with Varfolomieiev, his compatriot Vasyl Zakrevskyi and Ireland's Donnacha McCarthy, who claimed bronze at the last Para Cup in A Coruña, the men's B1 Para athletes taking part.

The Netherlands' Sander Koomen and Kyrgyzstan's Zhalaldin Abduvaliev are B2 classified, and Turkey's Halil İbrahim Arslan B3.

B2 Paralympian and Para Series silver medallist in Yokohama Vita Oleksiuk of Ukraine has registered in the women's visually impaired race.

The men's PTS2 event features the 2016 world champion Geoffrey Wersy of France, and he goes up against Turkey's Abdulkadir Özoğul and Romanian youngster Arian Notretu.

Her PTS3 compatriot Evgeniya Koroleva was a silver medallist at this year's European Championships in Valencia, while in the PTS4 Russian Svetlana Karama earned a bronze at the same competition.

Karama also picked up a bronze in the Alanya Para Cup in 2019.

This is the penultimate Para Cup event of the year, with the final one of this year's circuit scheduled to be held in Alhandra in Portugal on October 30 and 31.