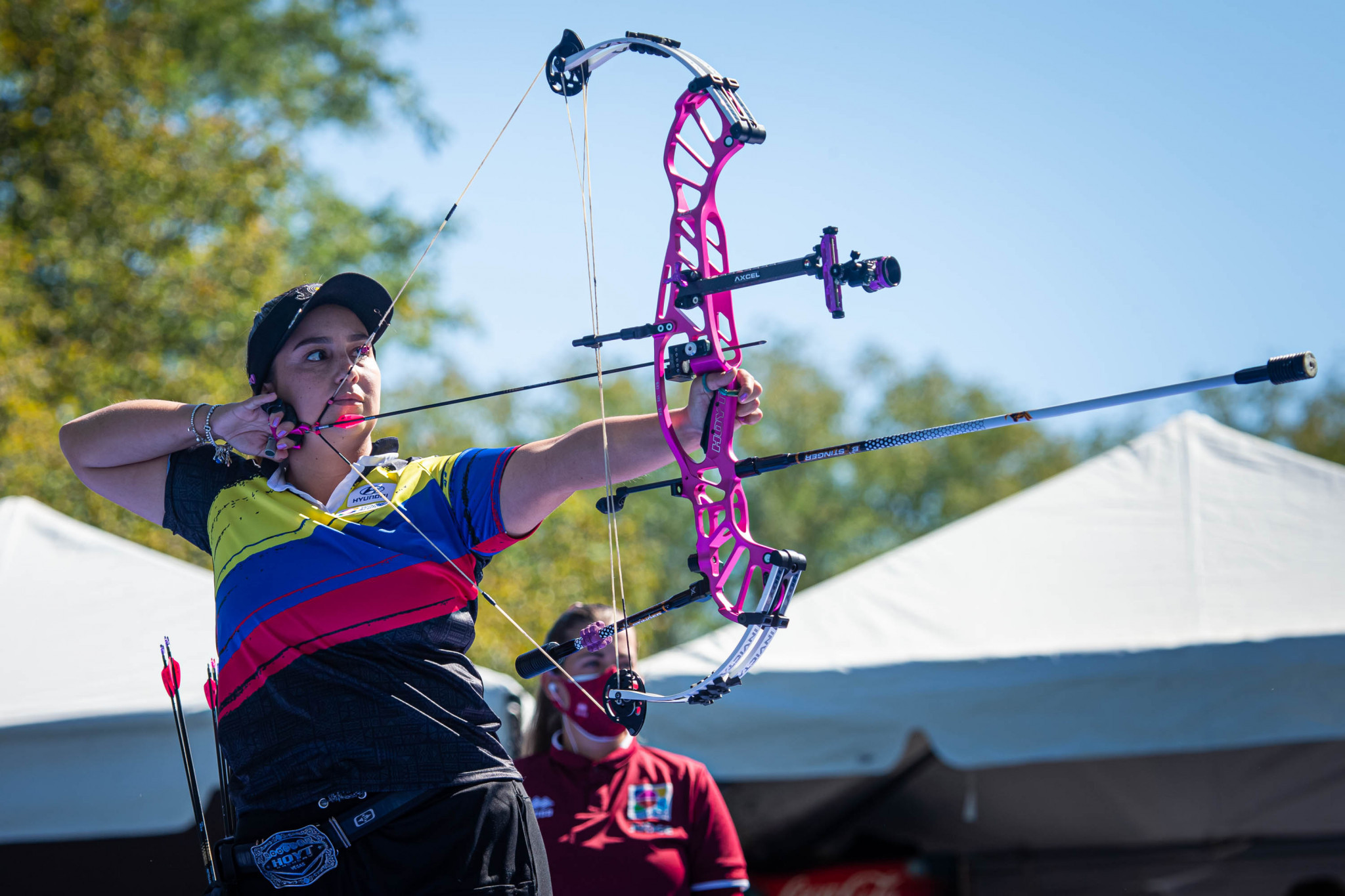 Colombian Sara López claimed her third gold medal of the 2021 World Archery Championships in Yankton, with a win in the women's individual compound final.

After taking an early lead in the final, López defeated India's Jyothi Surekha Vennam 146-144 for her first individual world title.

López claimed a dramatic shoot-off win against Belgium's Sarah Prieels in the quarter-finals as well as a victory against Slovenian Toja Ellison on her way to gold.

Previously this week, López had won the women's team and mixed team titles, making it a perfect World Championships for the 26-year-old.

"Yesterday was as amazing as today.

"I'm very happy because I dreamt of this moment for a while.

"Every time I put all my effort into doing this, things didn’t work out and when I came calm, things worked three times over, so I'm very happy and very thankful."

Mexico's Andrea Becerra defeated Ellison for the bronze in a shoot-off, after the two were tied at 146 points each.

An incredible week, an incredible performance from Sara Lopez.#WorldChampionships pic.twitter.com/zgVz4LChL4

An upset occurred in the final of the men's individual compound, as Austrian Nico Wiener claimed the gold against world number one Mike Schloesser of The Netherlands.

Despite being a point behind after two rounds, Wiener's perfect third round set him up well for the rest of the contest, dropping only one point in his final three rounds, with the final score 146-143.

Wiener won by six points against Miguel Becerra of Mexico in the quarter-finals and three against Danish archer Mathias Fullerton in the semi-finals.

"I'm speechless about this," said Wiener on the gold-medal victory.

"I don't have words for it.

"It was all good, it was just amazing today.

"I enjoyed every minute of it.

"It was so fun to shoot here, and to be world champion feels so awesome."

It is the world number 28's first compound world title, but he had previously claimed titles in field and 3D disciplines.

After tying at 141 points each, Estonia's Robin Jaatma got the bronze medal at Fullerton's expense via a shoot-off.