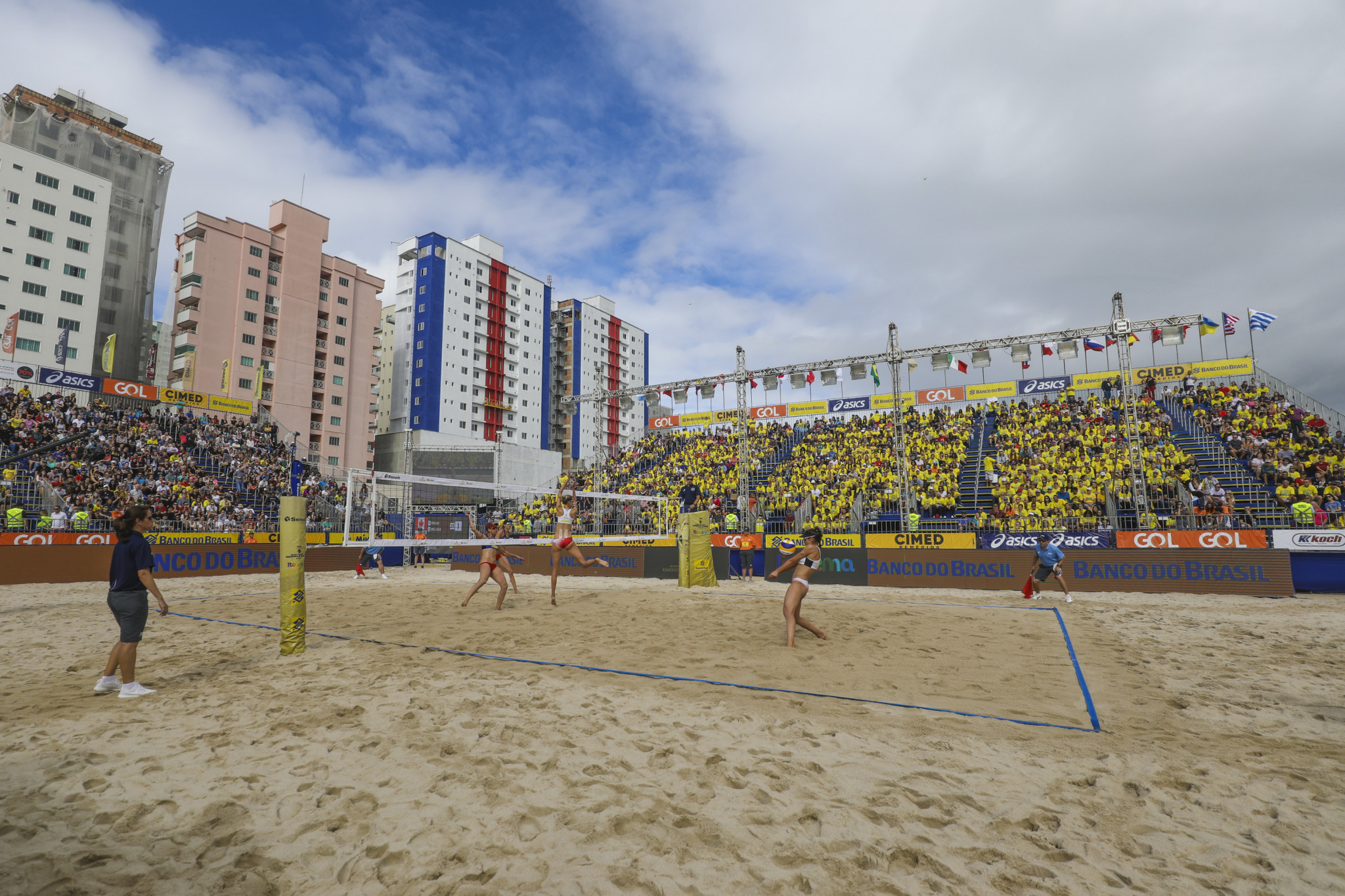 The four-star International Volleyball Federation (FIVB) Beach Volleyball World Tour event in the Brazilian city Itapema has been rescheduled for November 10 to 14 this year.

Itapema in the south of Brazil is due to be the eighth four-star leg of the FIVB Beach Volleyball Tour.

The event was postponed earlier in the year because of the COVID-19 pandemic.

The FIVB said: "All necessary sanitary measures will be taken to guarantee the safety of participants in line with international and national health and sports authorities."

Brazil has been one of the worst-hit countries by the coronavirus pandemic, recording more than 21 million cases and 588,640 deaths.

There was controversy earlier this month, when Brazilian health officials stormed onto the pitch during the country’s FIFA World Cup qualifier against Argentina, accusing visiting players Emiliano Martínez, Emiliano Buendía, Cristian Romero and Giovani Lo Celso of falsifying documents after arriving from Britain, a country which requires a 14-day quarantine for visitors to Brazil.

Itapema has previously hosted beach volleyball tournaments on the tour in 2018 and 2019.

Evandro Goncalves and André Loyola Stein in the men’s and Ágatha Bednarczuk and Eduarda ‘Duda’ Lisboa ensured a home double victory in the first of those events, while the now reigning Olympic champions won a year later, with Norway’s Anders Mol and Christian Sørum in the men’s and the United States’ Alix Klineman and April Ross in the women’s.

The 2021 season has seen four-star beach volleyball events held in the Qatari capital Doha, three successive tournaments in Cancún in Mexico, Sochi in Russia, Ostrava in Czech Republic and Gstaad in Switzerland.

The FIVB World Tour Finals are due to take place in Cagliari in Italy from October 6 to 10 - the latest they have been held since their inception in 2015, having been pushed back from September because of COVID-19.

The final beach volleyball event of the year is due to be the Under-19 and Under-21 world championships in Roi Et in Thailand this December.

Four-star events are the second most valuable in terms of prize money and FIVB ranking points on the tour.