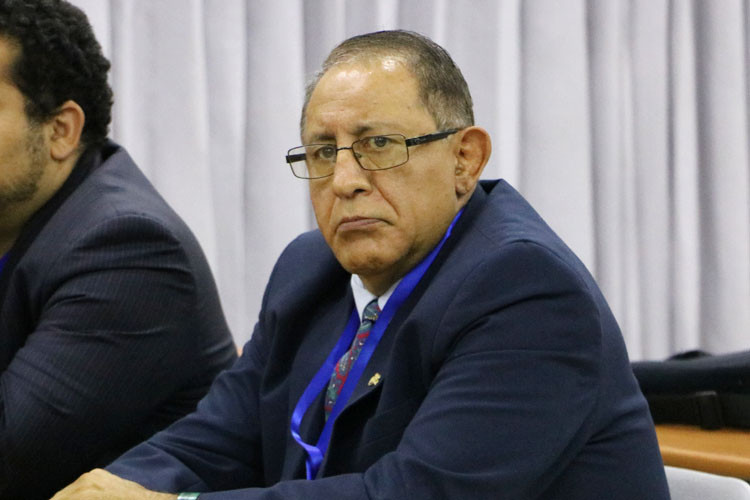 Sambo was granted full recognition at the IOC Session before Tokyo 2020, after receiving a provisional three-year recognition in 2018.

The Sambo and Associated Sports Federation of Costa Rica was recognised by the Costa Rican National Olympic Committee three years ago, and Sanchez says sambo receiving full IOC recognition will help grow the sport in Costa Rica, which, after dominating the competition in Colombia this summer, will host the Pan American Sambo Championships next year.

"Three years ago we received the recognition of the NOC (National Olympic Committee) and now we already have strong support," Sanchez told the International Sambo Federation website.

"So, this year we received the NOC budget for the first time, our athletes have high-quality branded equipment, they have the opportunity to use medical services during the training process, including training in the gyms of the Olympic centre.

"If we talk about additional advantages, I can assume that the amount of assistance, including financial, will increase, our Federation will become a full member with the right to vote at the NOC Congress.

"Then, together with the secretary general of the Costa Rican Sambo Federation, we began this work and today there are 22 clubs in our country, in which about 500 people train and work.

"We were able to achieve this result from scratch.

"I think that today we can say that they know sambo in Costa Rica."

"I would also like to note that we pay a lot of attention to working with youth, this is one of our priority tasks," he added.

"Already today we are preparing a replacement for the older generation, we are doing everything so that the development of sambo in our country does not stop."

Costa Rica is due to host the Pan American Sambo Championships next year, and Sanchez believes it is a crucial opportunity for the sport.

"These competitions are very important for me," he commented.

"I see them not just as another tournament, but as a project for the development of sambo in our country."