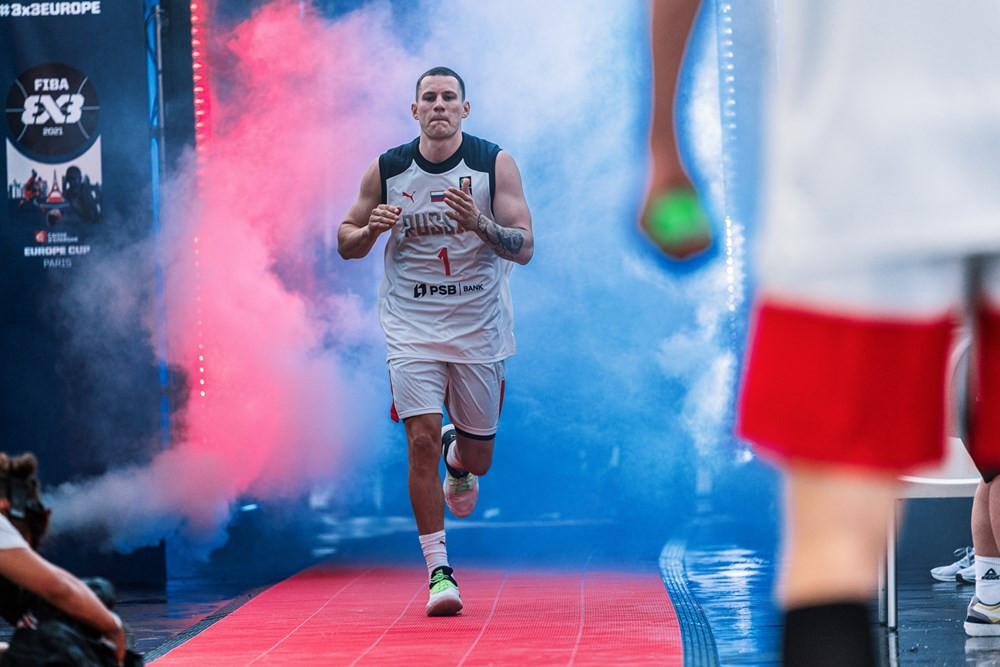 Russia stole the show in the pool stage of the International Basketball Federation (FIBA) 3x3 Europe Cup 2021 in Paris as both its men's and women's teams achieved a 100 per cent win rate.

Russia's women navigated their way through a cagey affair against Britain in the French capital first up.

It eventually ended in a 15-12 win, before Russia edged past Ukraine 21-18 in the decider for Pool B pole position.

They will face Lithuania in the quarter-finals following the country's second-place finish in Pool D.

Hungary topped Pool C after a 16-14 win against Belgium and a nail-biting 13-12 victory over Romania.

As a result, Hungary will meet Pool A runners-up Germany in the next round as the Germans beat Israel 19-14 but faltered against France, going down 21-12.

France dominated Israel 22-10 and are set to play Romania in the last eight.

What a moment for @SpecialK23_ as she bags the @TISSOT buzzer-beater to give Lithuania the DUB over Spain!#3x3Europe pic.twitter.com/sEJIkWOTjR

Pool D was all to play for as Spain, Lithuania and The Netherlands each won and lost one game.

However, Lithuania's last-gasp 21-19 victory over Spain meant that they crept into second place to qualify ahead of The Netherlands, despite losing 21-14 to the Dutch.

Spain progress to face Pool B runners-up Ukraine as their superior points difference put the team in pole position.

Russia's men's squad emulated their women's counterparts with a clean sweep in the pool stage.

A 21-17 defeat of Israel and 20-19 win over The Netherlands saw the country sit atop Pool D to set up a quarter-final meeting with Estonia.

The Dutch will face Pool B winners Poland, following he Poles' convincing victories over Estonia and Slovenia 20-18 and 21-14, respectively.

Top seeds Serbia will meet hosts France after leading Pool A despite a 21-17 loss to Ukraine.

Lithuania beat the French 21-19 to secure their place in the knockout rounds with Ukraine awaiting.