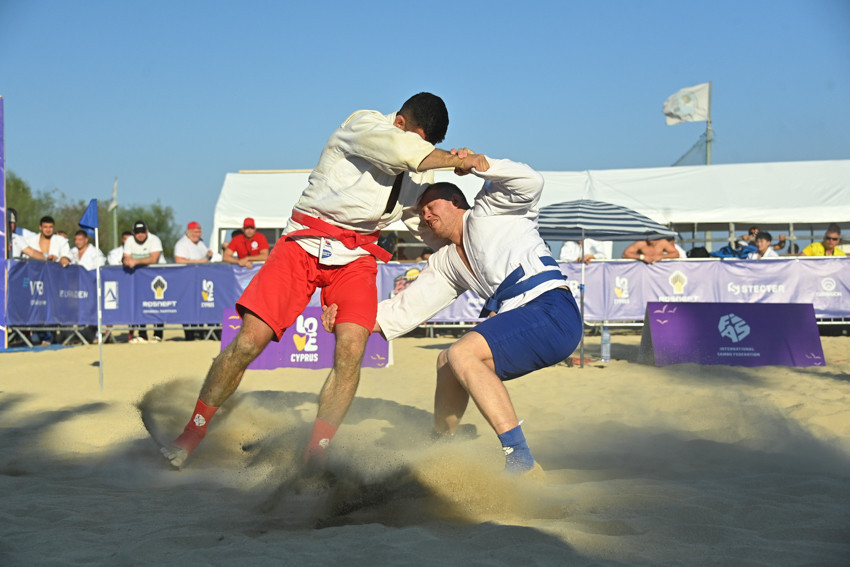 The Russian Sambo Federation (RSF) capped off its dominance in the World Beach Sambo Championships 2021 by winning the team competition.

The RSF and Ukraine progressed to the final after beating Romania and Uzbekistan in the semi-finals, respectively.

Ramazan Elaev turned out first for RSF against Oleksandr Chmyr and eventually dispatched the Ukrainian in one minute and 41 seconds.

In the second bout, the team's best female fighters took to the sand at Larnaca in Cyprus.

Tatyana Zenchenko breezed past Ukraine's Veronika Kratiuk as she won the duel in 45 seconds to double the RSF's lead.

Next up for Ukraine was Vadim Skripal as his country desperately needed a win if it was to have a chance of winning gold.

However, Maksim Ivanov was even quicker than his previous team mate as he secured the victory in 40 seconds.

This meant that the RSF would be crowned champions after delivering a whitewash to Ukraine in the best of five competition.

The athletes now have the 2021 World Sambo Championships to look forward to which is set to take place from November 12 to 14 in Tashkent in Uzbekistan.