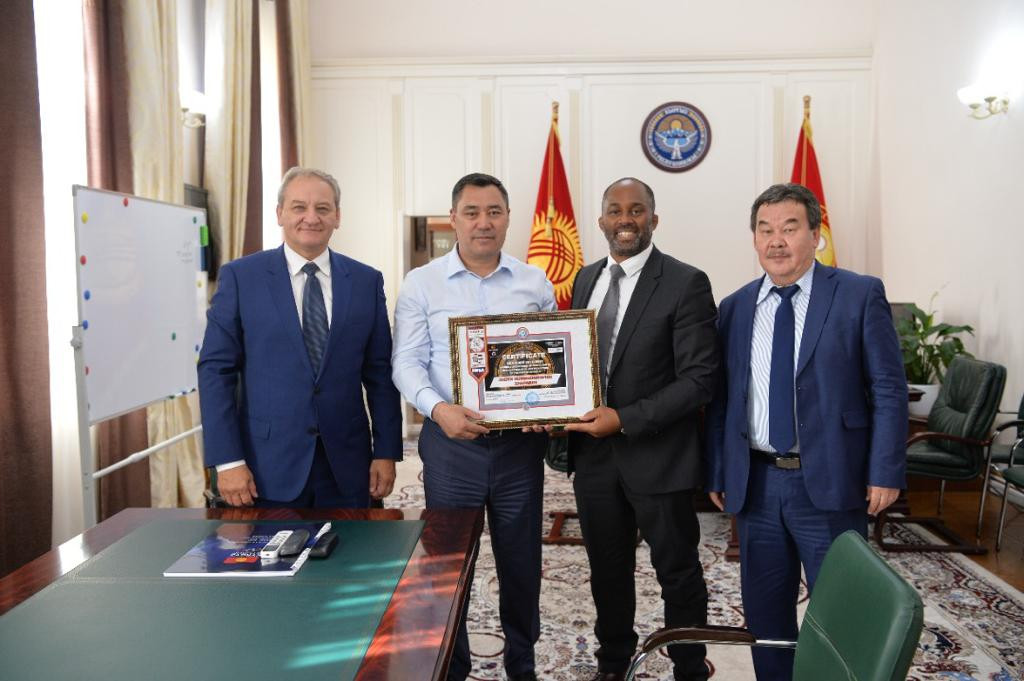 Senior representatives from the MMA Federation of Kyrgyzstan were also present, with the national body's President Erkin Tentishev and IMMAF President Brown presenting Japarov with an Honorary President certificate.

The Kyrgyz President offered his support to IMMAF initiatives in the Asian country, following discussions over the organisation’s goals, particularly concerning the social benefits of MMA and youth development.

The meeting comes in the same week that the rival Global Association of Mixed Martial Arts (GAMMA) Asian MMA Championships are being staged in Kyrgyzstan, in Cholpon-Ata.

IMMAF President Brown was pleased with how the visit to Kyrgyzstan panned out.

"This has been a really fruitful visit and it was a privilege and pleasure to receive an invitation to meet President Japarov," Brown said.

"It was so clear that President Japarov well understood the importance that MMA could play in sport and social development in his country and gave his full support to the new President of our affiliated federation.

"On IMMAF's account, I was delighted to see that the efforts of our member federation to focus on youth development of MMA is receiving the backing of the highest political authority.

"On a personal level, it was also enjoyable to discuss my own background in Olympic sport since not only the President, but other members of his cabinet, have experience of elite sport and an understanding of the role sport can play in civic society.

"Kyrgyzstan is a country of great potential and very much a sport-loving country.

"IMMAF is excited to watch how MMA continues to develop in the nation."