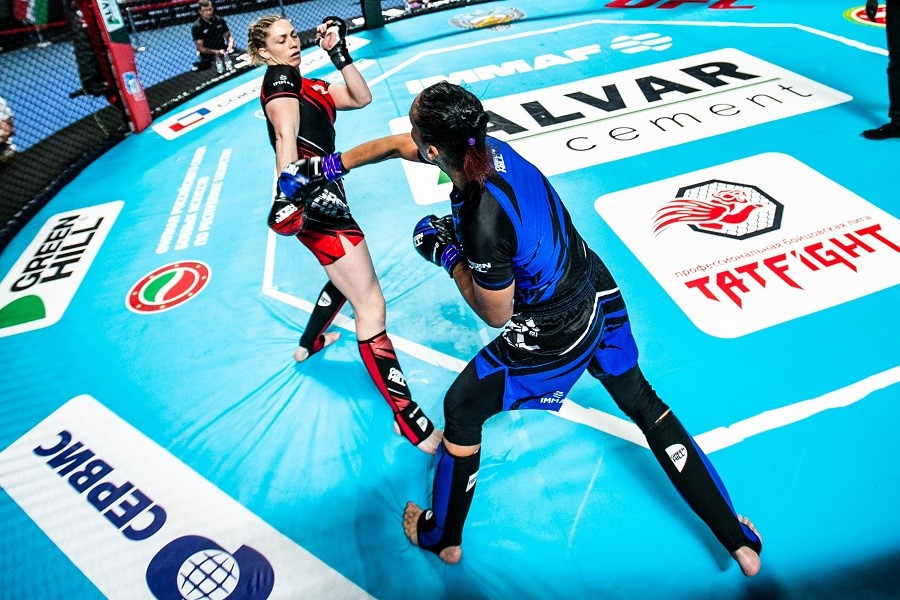 The quarter-finals of the International Mixed Martial Arts Federation (IMMAF) European and Junior European Open Championships saw 2019 medallists continue their dominance of the competition, with 63 bouts taking place in Kazan.

Ramazan Gitnov of Bahrain, the IMMAF world champion and number one pound-for-pound fighter in the world, earned a unanimous decision victory over Deyan Galinov of Bulgaria at welterweight at the Basket Hall in the Russian city.

The 2019 world champion Sabrina Laurentina De Sousa of Bahrain beat Russia's Nina Kharinova in the women’s featherweight category with a unanimous decision on the scorecard.

New Zealand's Michelle Montague, dropping down from lightweight, where she is the two times IMMAF Oceania and reigning world champion, beat home fighter Elena Vetrova with a technical knockout.

"It’s been another stunning day of action from IMMAF’s athletes and great to see that our 2019 medallists have lost neither their hunger nor their edge over the break caused by the pandemic," IMMAF President Kerrith Brown said.

"With the level of skill and athleticism all the athletes have been bringing, despite a tremendously challenging time for sport, they have demonstrated true heart, endurance and a strong martial arts spirit."

The European Open is scheduled to continue tomorrow with the semi-finals.

The Kiwi opened her Featherweight account with a dominant victory over Russia's Elena Vetrova. #2021MMAEuros pic.twitter.com/KKihDpN6vv

Action is due to include debut bouts for Magdalena Czaban of Poland in the women’s atomweight division, Jenni Kivioja of Finland at women’s lightweight and Russia's Omar Aliev, who won junior light-heavyweight gold at the 2019 IMMAF World and European Championships and now moves into the seniors at heavyweight.

So far, no spectators have been allowed to watch the action due to COVID-19 but Radmir Gabdullin, President of the MMA Union of Russia, has revealed that up to 3,000 fans are set to be allowed in for the finals.

"We expect more than 3,000 people at the final fights.

"There will be free admission.

"We try to make our sport accessible to athletes and spectators as much as possible.

"We are betting on popularisation."