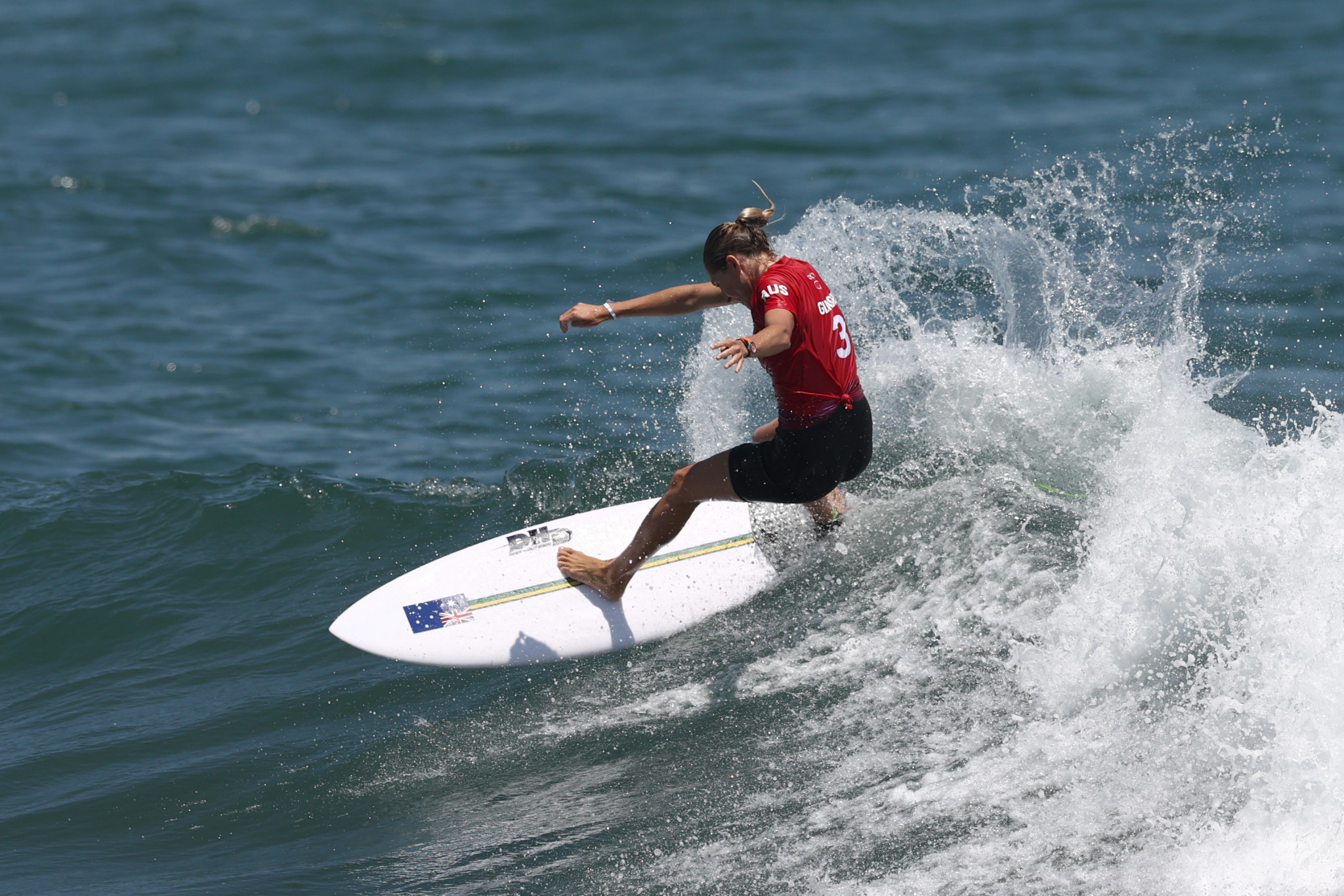 Robinson beat Brazilian Deivid Silva in the men's final in nail-biting fashion as he earned 15.16 points to beat Silva's 15.14.

After a lacklustre first wave, the Western Australian pulled off an 8.33 on his fifth attempt to secure victory, his first WSLCT triumph and the only tour win for an Australian male this season.

Robinson began his journey to the top of the podium by exhibiting some of the best surfing in the competition in the semi-finals against Mateus Herdy of Brazil.

As a result of the victory, the Margaret River-native moves up to 12th place on the WSL leader board and will safely qualify for the 2022 season.

Seven-time world champion Gilmore took her first victory of the 2021 season and the 32nd of her career in the women's event.

Gilmore went toe to toe with Hawaii's Malia Manuel in the final.

Manuel needed to win the event to qualify for the 2022 WSLCT season.

Gilmore's win came after a hard-fought day of surfing that started with a battle against Hawaiian Carissa Moore in the semi-finals.

With 11 world titles between them, it was a clash of the two most dominant women over the last decade.

Manuel beat Gilmore's compatriot, Sally Fitzgibbons, by 0.33 to claim her place in the final.

There was scheduled to be one final stop on the tour but due to COVID-19 precautions in Tahiti it was announced that the Barra de la Cruz event would conclude the 2021 WSLCT.

The women's and men's final five has been confirmed to compete at the inaugural WSL Finals at Lower Trestles in California.