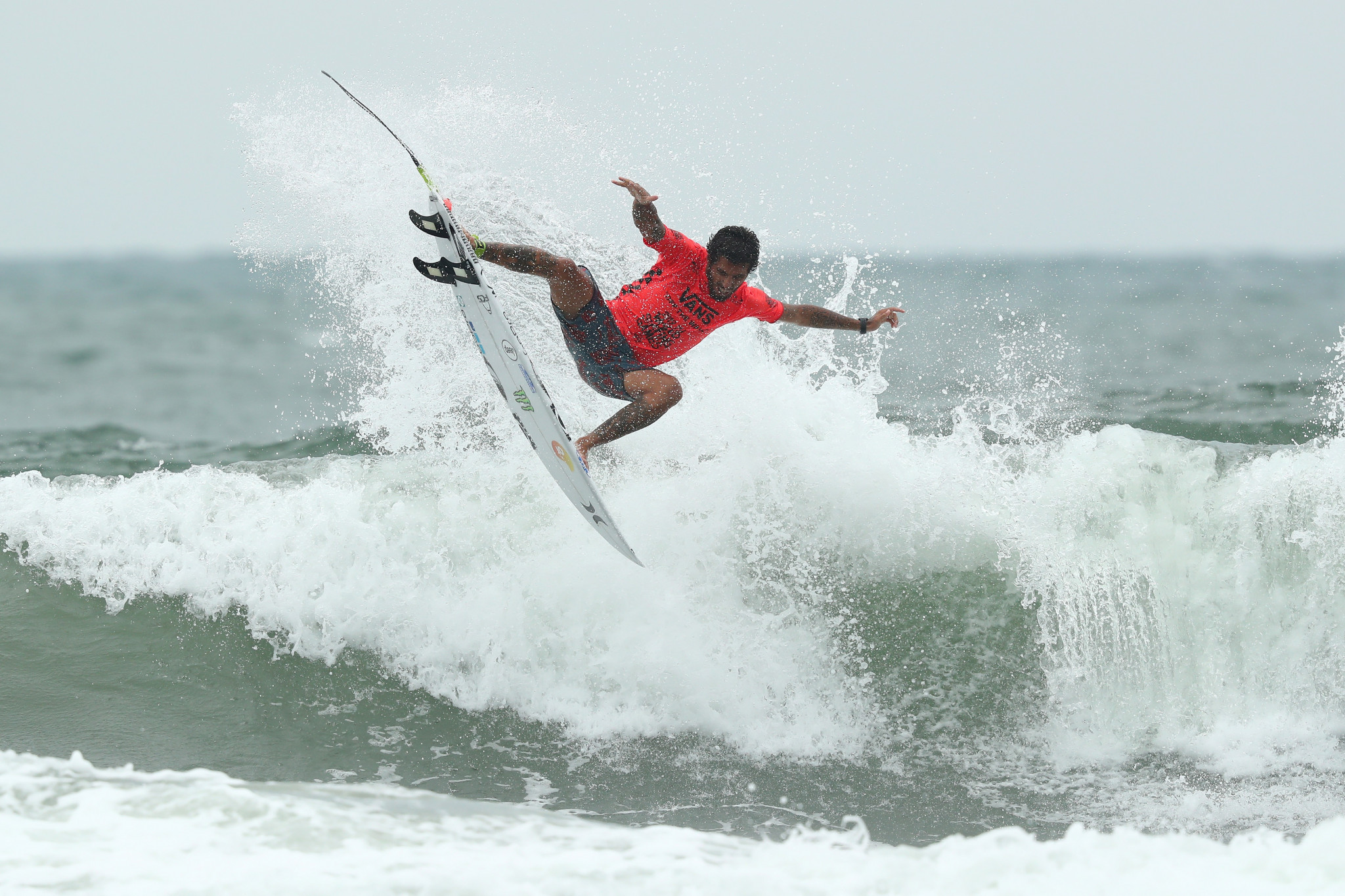 Filipe Toledo, Caroline Marks and Stephanie Gilmore were all knocked out on a day of shocks at the World Surf League Championship Tour event in Rottnest Island in Australia.

Toledo and fellow Brazilian Tatiana Weston-Webb would have been looking to build on their Margaret River triumphs but have both suffered early exits at the final Australian leg of the season.

After Weston-Webb’s defeat in the elimination round on Monday (May 17), Toledo followed her through the exit door today with a defeat to home surfer Liam O’Brien by 12.50 points to 13.66 in the round of 32.

With Toledo knocked out, world number five Jordy Smith will hope to seize his opportunity.

The South African progressed to the next round after seeing off Australian Stuart Kennedy by 14.17 to 10.40.

Yago Dora, Adriano de Souza, Italo Ferreira, Gabriel Medina and Miguel Pupo will be the Brazil contingent in the round of 16 following victories today.

.@nikkivandijk_ breaks through the Round of 16 to earn her first Finals Day appearance of the season.
Replay the Rip Curl Rottnest Search on https://t.co/ie0ZfMVLPY.@ripcurl @corona @WestAustralia @HarveyNormanAU pic.twitter.com/c4NHERfwTm

In the women’s event, Hawaiian Malia Manuel upset world number four Marks after winning by 14.44 to 12.16 to progress to the quarter-finals.

"That was a big heat for me," said Manuel.

"One because Caroline is an incredible opponent and two I've had such an unlucky run with my 10 years of coming to Australia.

"I just surfed from my heart."

World number three Gilmore was eliminated by Australian rival Nikki van Dijk who pulled off a superb performance to win by 13.83 to 11.10.

Competition is due to continue tomorrow with the men’s round of 16 and women’s quarter-finals.