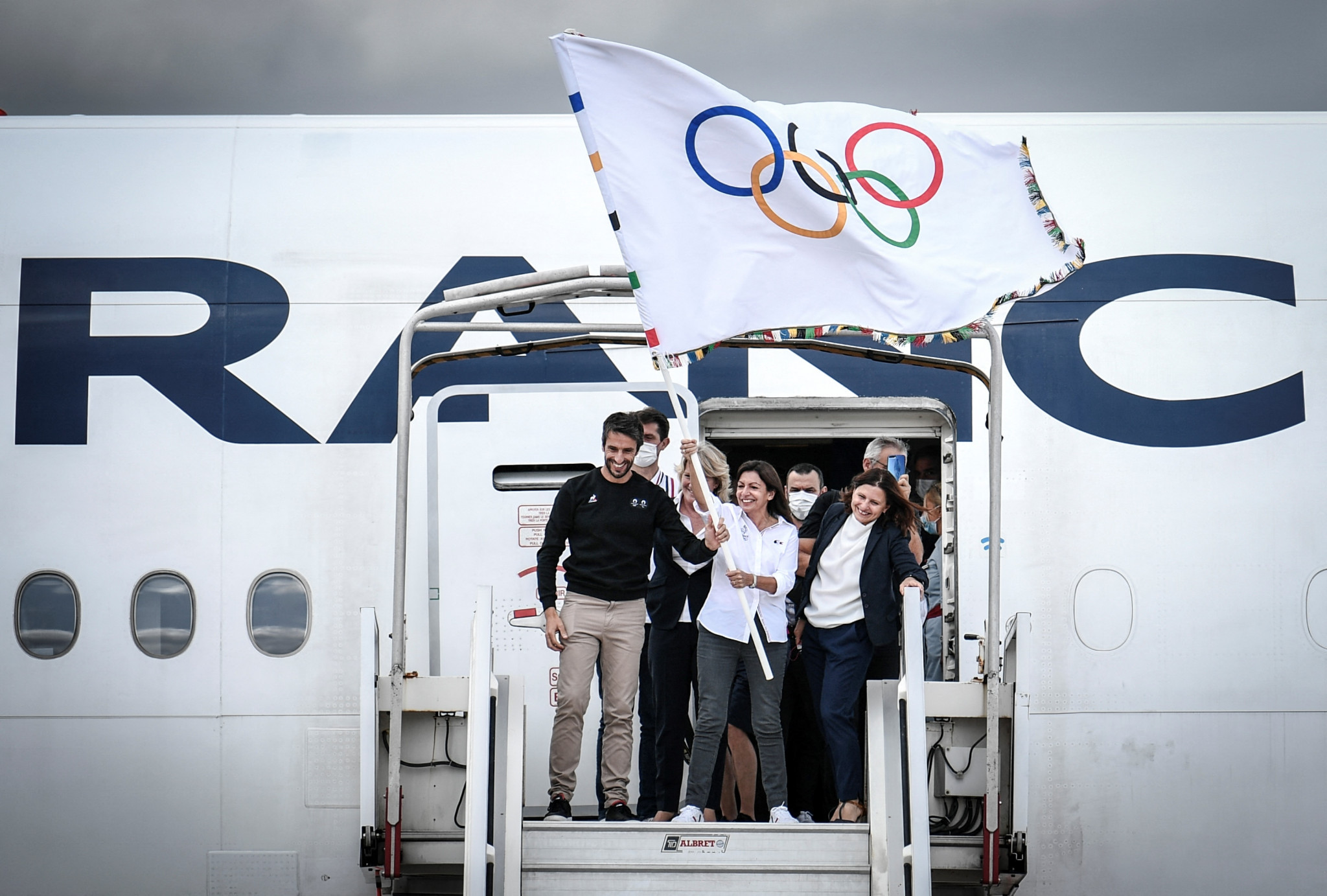 The Olympic Flag arrived in France today from Japan, symbolising the handover from the Tokyo 2020 Games to Paris 2024, as the remaining athletes from the country returned home.

There are less than three years until the Paris 2024 Games, one less than the usual Olympic cycle after Tokyo 2020 was postponed by a year due to the COVID-19 pandemic.

She told reporters the flag "is the symbol that now, really, the Paris Games are coming and it will go very fast," according to the Washington Post.

Hidalgo added that the Paris 2024 Organising Committee would stay in touch with the Tokyo 2020 organisers to aid preparations for the Games, including on security issues.

The Olympic Flag will now be at Paris City Hall, after it was raised there earlier this evening.

A celebration event is set to take place at Place du Trocadéro, near the Eiffel Tower, to welcome the French medallists back from the Olympics.

The Paris 2024 Olympics are scheduled to take place from July 26 to August 11 2024, set to be followed by the Paralympic Games from August 28 to September 8.