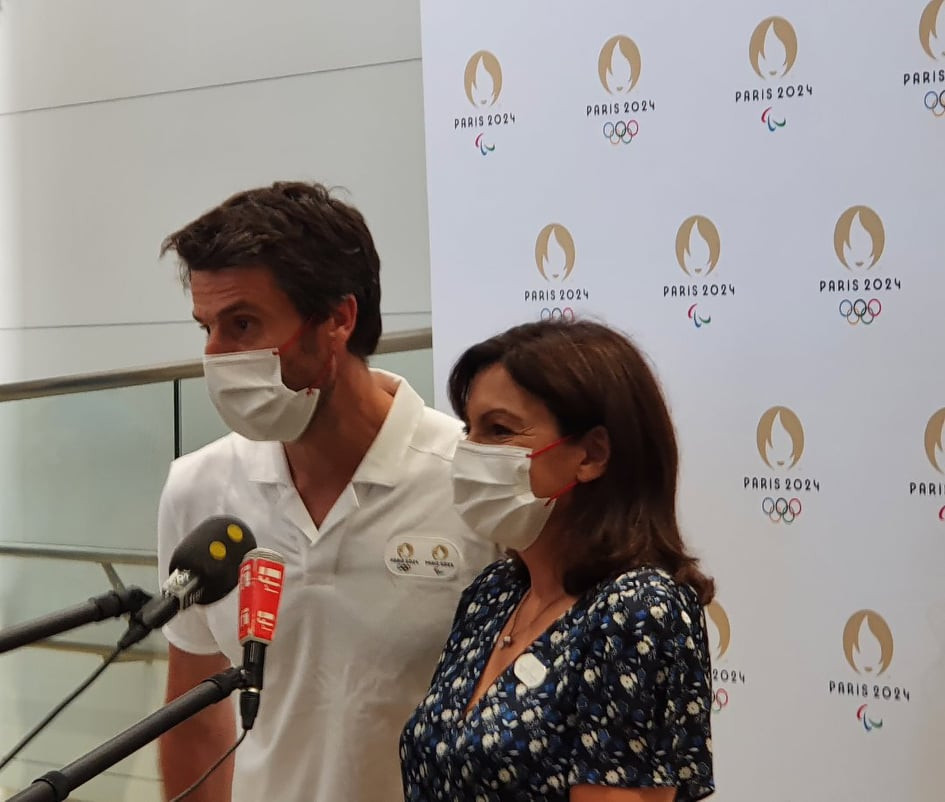 Mayor of Paris Anne Hidalgo has promised the handover part of the Tokyo 2020 Closing Ceremony will reflect on both the French capital city's traditions and modernity.

Hidalgo has arrived here prior to the Closing Ceremony.

The Paris Mayor is due to receive the Olympic flag from Tokyo Governor Yuriko Koike as part of the traditional handover.

"We want to present and showcase our country," Hidalgo said, via a translator, at a press conference here today.

"We will rely on the strength of our traditions and want to reflect our modernity.

"We want to highlight what our city and France represents.

"We want the handover to serve as an invitation to the world.

"This is an opportunity for France and Paris."

Paris 2024 President Tony Estanguet will reflect the "symbolic Games" of Tokyo 2020, due to the impact of the COVID-19 pandemic.

He promised the handover will reflect the Paris 2024 DNA, highlighting their aim to hold open, spectacular and creative Games.

Estanguet said the ambition for Paris 2024 is to invite the world to the French capital.

The aim of hosting open Games will be reflected by Paris 2024 staging a celebration event at the Jardins du Trocadéro alongside the Closing Ceremony.

Woodkid will perform a one-off concert at the event, with the French musician having also composed music for the handover.

Paris 2024 has confirmed it will attempt a world record as part of the handover.

A giant flag will wave from the Eiffel Tower, which Estanguet claimed will be the biggest ever flown.

Estanguet decline to provide details on whether the flag would be the Paris 2024 logo, the French tricolour or the Olympic flag.

The flag is set to be recycled into clothing after the event.

The Olympic Flag received by Hidalgo in Tokyo will be taken back to the upcoming host nation.

The Paris Mayor vowed that the flag would travel around the country, as part of ongoing efforts to build public support for the Games across the nation.

“The support of the French public is important, and the Games are seen as good news," Hidalgo says.

“We are going to cultivate that.

“We want to have Games where athletes can perform.

“We want to see this Games be a popular, people’s event.”