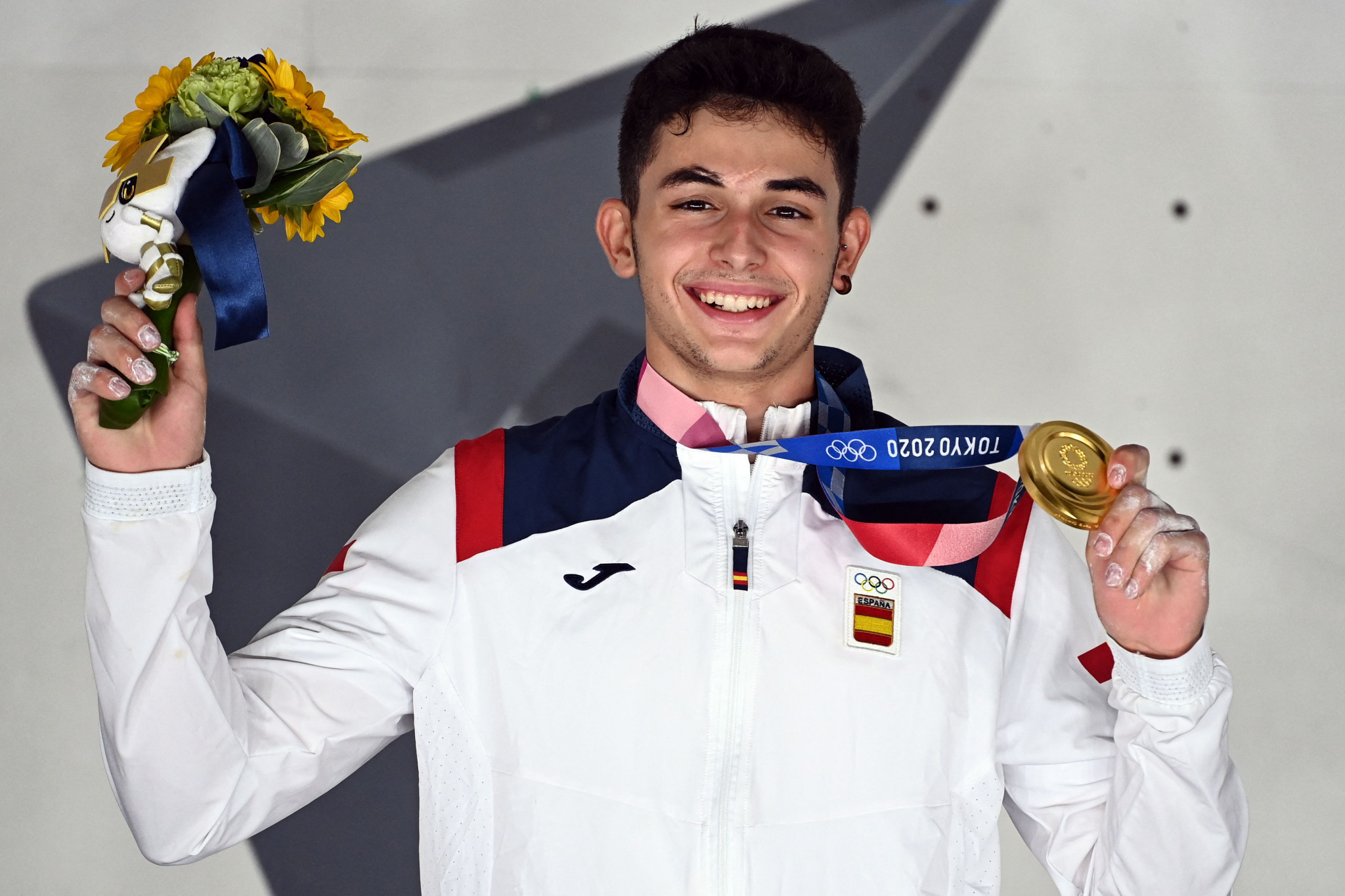 The 18-year-old climber won the men’s combined title on a memorable night for the sport at the Tokyo 2020 Olympics here.

The seven finalists demonstrated dexterity and desire to overcome a series of challenges as they tackled the three disciplines of speed, bouldering and lead.

Ginés López appeared to hit a brick wall when he failed to master any of the three zones in the bouldering final, finishing in last position.

But his stunning victory in the speed competition kept the Spaniard in contention going into the last event.

Ginés López then showcased his fighting spirit as he grasped 38 of the 45 holds in the lead final to secure the historic gold with a combined score of 28 points.

As well as making history for sport climbing, Ginés López also became the youngest Spaniard to capture an Olympic title.

Jakob Schubert saved his best until last as he climbed from seventh to third in the overall standings after becoming the only athlete to reach the top of the wall in the lead finale.

The Austrian was the final competitor to take to the wall and delivered a grandstand finish to the competition as he denied home favourite Tomoa Narasaki a bronze medal.

Narasaki notched 36 points over the three disciplines - just one shy of Schubert who took to the podium along with Ginés López and Nathaniel Coleman of the United States, who scored 30 points for silver.

The Aomi Urban Sports Park in Tokyo provided the perfect venue for the first-ever Olympic final in sport climbing as the sky turned red.

It was then left to Ginés López, wearing the red of Spain, to become the star of the show as he blitzed the speed final.

Ginés López came through his opening test when Colin Duffy of the US false started before beating Adam Ondra of the Czech Republic to set up a showdown with Narasaki.

The two athletes were neck-and-neck before Narasaki stumbled and Ginés López seized his opportunity, winning in 6.42sec.

Coleman then took centre stage as he became the only climber to top two of the three zones in the bouldering final.

France's Bassa Mawem was forced to withdraw from the final after damaging his left arm during the qualification round, leaving his younger brother, Mickaël, to carry French hopes.

The Frenchman picked up six points, level with Narasaki and Coleman, but sat top having made fewer attempts at zones in the bouldering final.

Ginés López slipped from first to fourth on seven points heading into the third and final event before bouncing back.

Mawem, Narasaki and Coleman managed 23, 33 and 34 holds respectively before Ginés López bettered that with 38 to clinch gold.