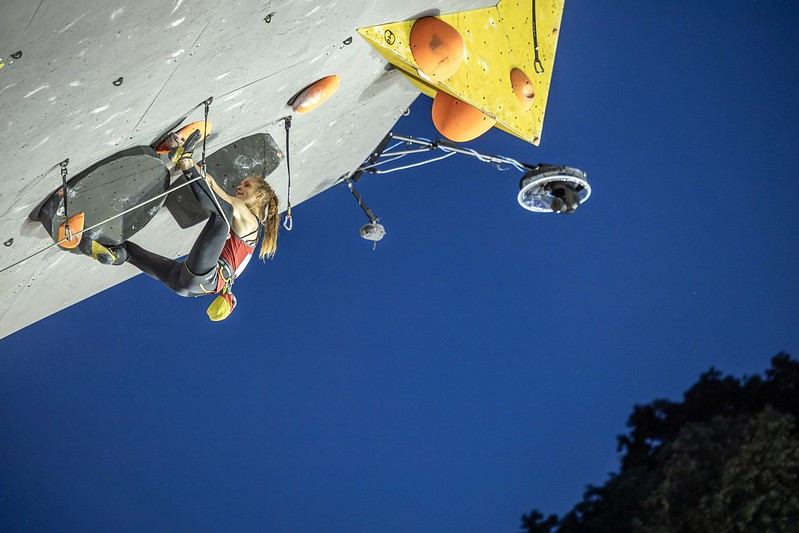 Ghisolfi of Italy scored 42+ in the men's lead final to take the gold, having also topped the standings in the semi-final.

That meant Ghisolfi was the last athlete to take to the wall in front of 5,000 fans at the French resort, and knew what he need to do to win.

Russian Dmitrii Fakirianov was second, on 39+, and Czech Martin Stranik third with 37+.

Ghisolfi already had two second-place finishes in lead World Cups this season, and his victory denied American Sean Bailey a hat-trick of wins.

Grossman scored 35+ - narrowly missing out on a third World Cup win of the season, but collecting a seventh podium finish.

While Adamovska had never won a World Cup event before, she is the reining European bronze medallist in the combined discipline.

It is the combined discipline that will be contested when sport climbing makes its Olympic debut at Tokyo 2020 on August 3.