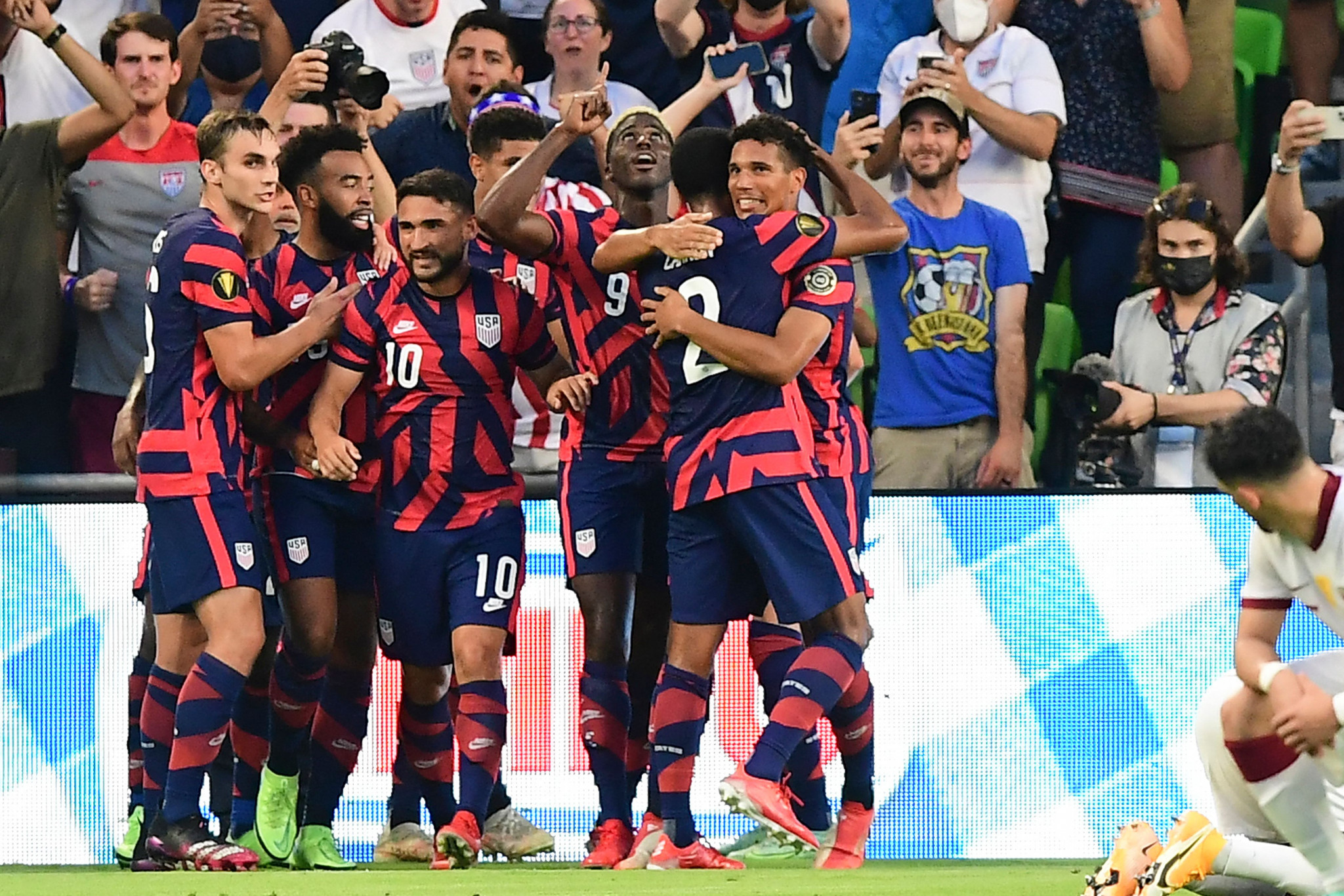 Hosts United States reached their third Gold Cup final in a row after leaving it late to beat guest nation Qatar 1-0 at Q2 Stadium in Austin.

A sold out crowd of 20,500 watched Gyazi Zardes stab home from a Nicholas Gioacchini cross in the 86th minute to send the 2022 FIFA World Cup hosts out.

It was the second last-gasp 1-0 win in a row for the Americans who edged out Jamaica in the quarter-finals.

Qatar, invited to play in the Confederation of North, Central America and Caribbean Association Football tournament to hone their preparations for hosting the world next year, were left to rue Hassan Al-Haydos missing a 62nd minute penalty.

The referee activated the Concacaf anti-discrimination protocol due to discriminatory chanting. #WhatsWrongIsWrong

The US, the six-time champions, will now face Mexico in the final after they came through their semi-final clash with Canada, 2-1 at NRG Stadium in Houston.

There were shameful scenes when the referee halted the match due to homophonic chanting, reportedly from Mexico's supporters.

This led to a lengthy stoppage time period at the end of the game and Mexico won it in the ninth minute added on through Hector Herrera's well-placed finish.

Mexico, the 11-time winners, had earlier led through Orbelin Pineda's penalty on the stroke of half-time, before Tajon Buchanan levelled for Canada after 57 minutes.

The final will take place at Allegiant Stadium in Las Vegas on Sunday (August 1).