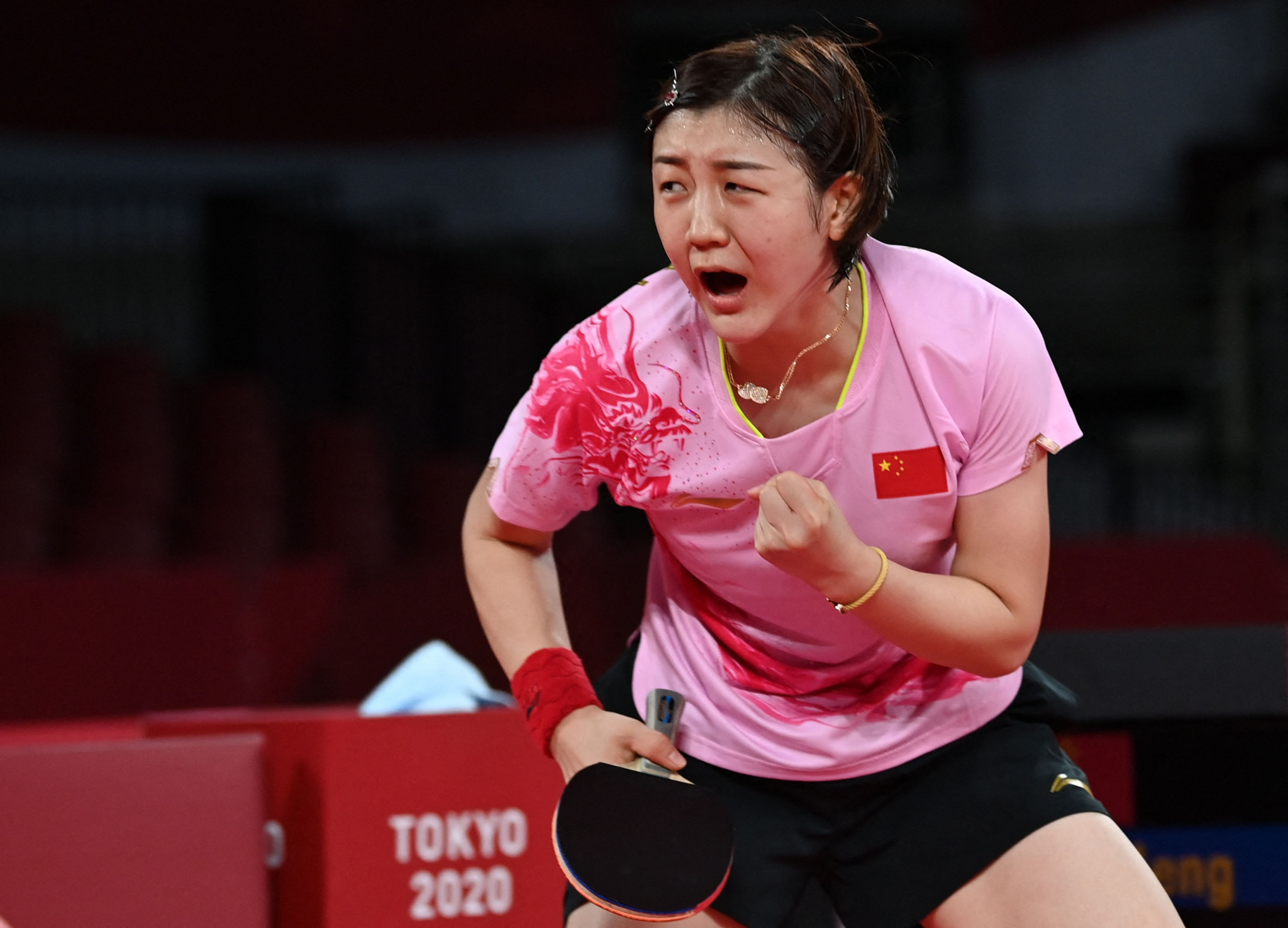 Chen won the World Cup in November and is also a three-time world champion in the team event.

She loudly celebrated every point she won and all of her winners were greeted with extended clapping from a solitary Chinese coach.

This was heard loudly throughout the arena due to the lack of fans, creating a strange atmosphere which was not fitting of an Olympic final.

Twenty-year-old Sun, who boasts two Youth Olympic titles and a world gold in doubles, was perhaps more overawed by the occasion despite a good start which saw her take the first game.

She saved one gold-medal point in game six but was unable to take the match the distance.

The silver medallist had not dropped a game all tournament before the final, while Chen had faced more difficulty including a quarter-final win over Hong Kong's Doo Hoi Kem from 2-0 down.

"I can finally smile," said Chen.

"I faced some challenges during this competition, especially in the quarter-finals.

"I didn't die from that big disaster.

"All the coaches were supporting me so much, coach Ma Lin even jumped out of his seat.

"I felt they were more emotional than me.

"I could feel how much they needed me to win.

"I'm very thankful to them."

Chen, who took up table tennis aged seven thanks to her mother, said she was not impressed with the standard of the final.

"Honestly, I don't think we put on a good show.

"Other than the first game and the sixth game which were 11-9, the other games were like four, five, six, we didn't have that many long rallies until the end.

"In the middle we made some errors but whatever scoreline, whoever wins, it's normal.

"I probably have a bit more experience."

Sun, who played in red with Chen in pink, added: "I don't have regrets because I think I expressed my style and showed my game.

"Of course one would regret not winning a final but I did my best."

Her mixed doubles win, alongside Jun Mizutani and against China's much fancied Xu Xin and Liu Shiwen, is one of the moments of Tokyo 2020 so far for the host nation.

The pair triumphed in seven games as mixed doubles debuted at the Olympics.

Chen said that after the country's mixed doubles defeat, the pressure on Chinese coach Ma was "immense".

But tomorrow's men's final is also an all-Chinese affair between Ma Long and Fan Zhendong, and the sport's dominant nation will be heavy favourites for the remaining team and doubles titles.