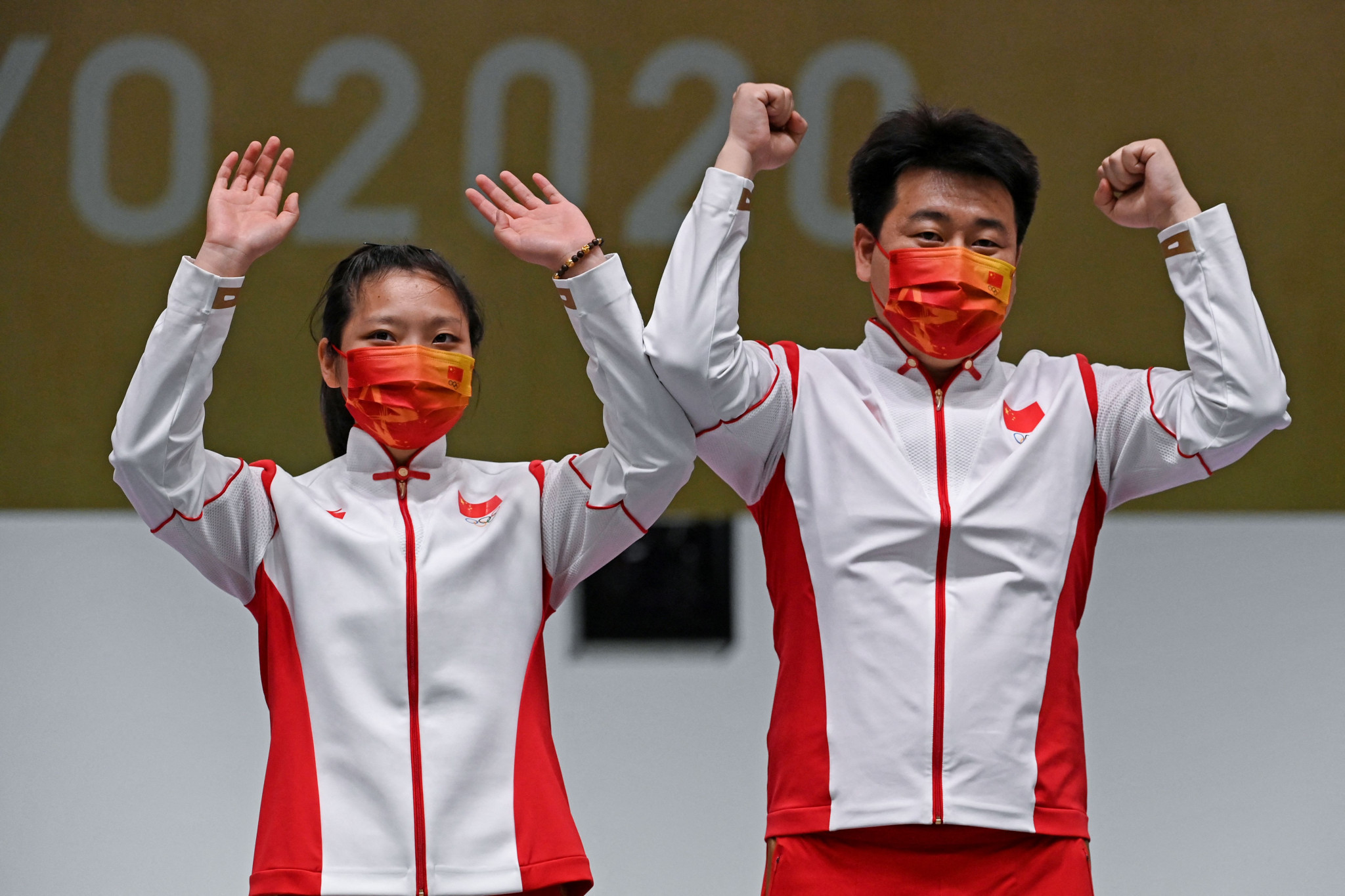 China won the first two mixed team shooting titles ever contested at the Olympic Games on a fine day for the country at Tokyo 2020.

Ranxin Jiang and Wei Pang saw off Vitalina Batsarashkina and Artem Chernousov of the ROC 16-14 in the gold medal match of the mixed team 10m air pistol at the Asaka Shooting Range.

Both Jiang and Pang had already won individual bronze medals at Tokyo 2020 in their respective men's and women's 10m air pistol events and have now upgraded to gold.

Wei is now a double Olympic champion after he won individual gold at his home Beijing 2008 Games, becoming the first person from China to win a gold medal in shooting in the process.

Batsarashkina was hoping to become a double Olympic gold medallist in the Japanese capital, after she won the individual title to become the first ROC champion of the Games.

"I just want to focus on the shots," said Jiang.

"No matter how I do, I want to focus on being composed."

Pang added: "Even if I didn't win individually, I am accumulating experience.

"I am shooting so much better."

Qian won the first title of these Games in the individual air rifle event so now has two Tokyo 2020 gold medals.

"In the beginning I was feeling so nervous, and I had to keep fixing my mood," said Qian.

"In the middle I saw the score and that I had a great shot, and felt relaxed."

Mixed team events were not universally welcomed by the shooting community, as three men's disciplines were removed from the Olympic programme to make room.

Double trap, 50m pistol and 50m rifle prone have been replaced in the name of gender equality, with a mixed team event in trap also on the Tokyo 2020 schedule.