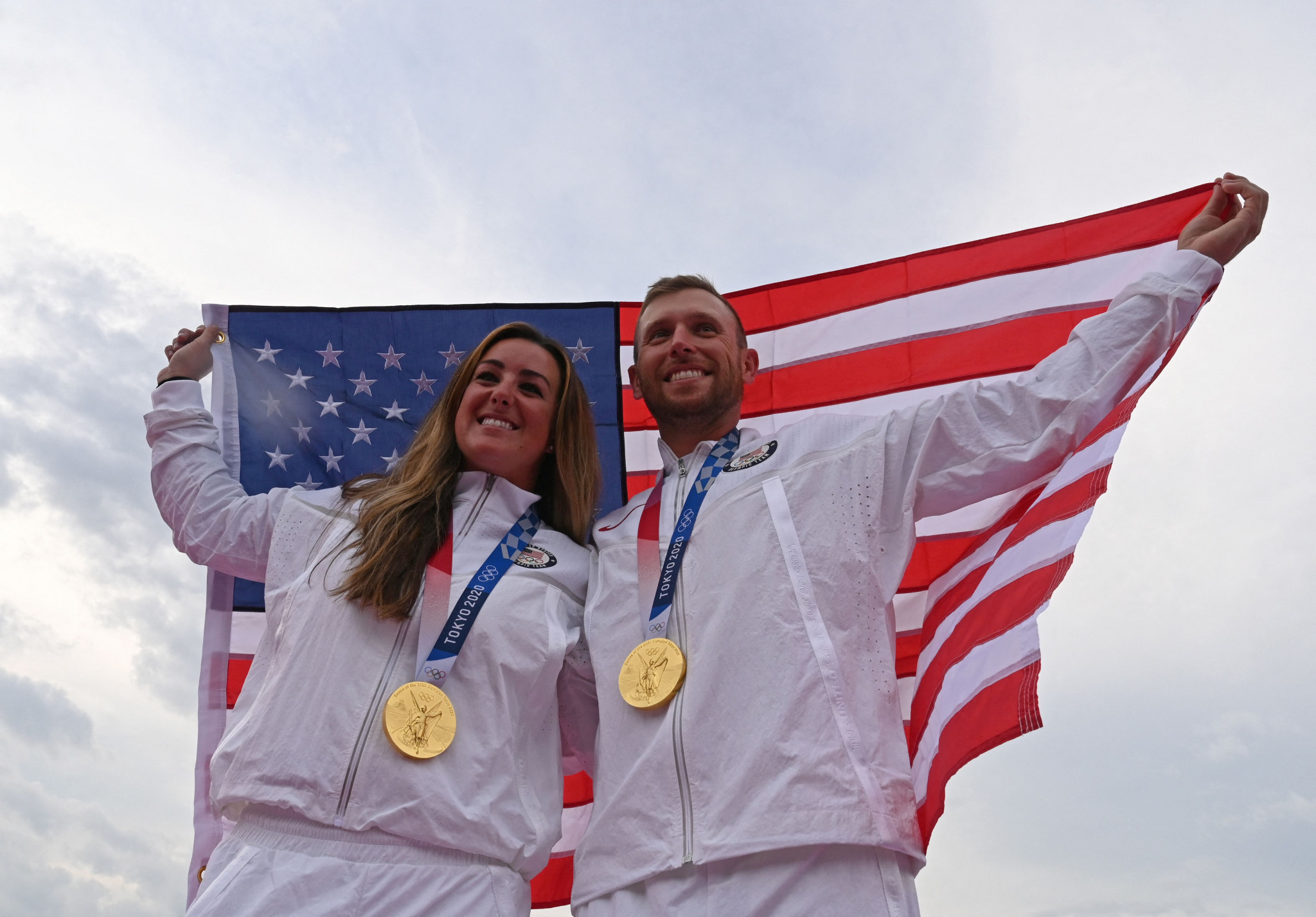 It was the United States' day at the Asaka Shooting Range, with gold in both men and women's skeet events.

In the men’s competition, Vincent Hancock’s victory represented a third gold medal in four Olympics and erased the nightmare of Rio 2016 when he failed to make it through to the final six.

"After the delay last year and not knowing if this was going to happen or not, I took a lot of time off last year just to mentally and physically reset," Hancock said.

"I wasn't going to believe it was going to happen until my feet touched down here in Tokyo.

"I've just been so excited to get here, knowing that I'm capable of doing what I just did.

"I felt so good throughout this entire competition, so happy that I was able to come out on top again and whether it ended up being a gold medal or just being here, I'm just happy right now."

Hancock dropped only one shot as he stormed to victory in a new Olympic record.

He had needed a shoot-off to make it through to the final this time, but seized control and shot a new Olympic record of 59 targets from 60 for victory.

When the final round began, Denmark’s Jesper Hansen already knew he had little to no chance of catching Hancock.

He dropped three of his last six shots to finish on 55 but still took silver.

"It was amazing staying there and taking a silver medal," Hansen said.

"I fought in two Olympic Games before and I was in the final in Rio and it was close, and now I get it.

"I learned a lot in Rio.

"I learned from my mistakes and I used that today.

"That's why I was so calm today.

"This is the biggest in my career.

Abdullah Al-Rashidi, 57, shot 46 to take bronze, just as he had in Rio, but this time he was competing for his homeland Kuwait.

Five years ago he had competed as an Independent Olympic Athlete under the Olympic flag because of International Olympic Committee sanctions against Kuwait.

English, who shoots for the US Army marksmanship unit at Fort Benning on the Alabama-Georgia border, only dropped four shots in setting an Olympic record of 56.

"I'm just so thankful that it's over.

"I was extremely nervous.

Bacosi had been level throughout the final, but dropped an additional shot on her last visit to the station and eventually lost gold by one point.

"It has been a hard last year because of the pandemic, in Italy especially," the world champion said.

"I wanted to come here to have a new beginning and I wanted to confirm the Olympic title that I won in Rio and I'm very happy to be a part of the last part of the competition for the silver and gold medals."

Wei Meng of China finished with 46.

She had missed out on a medal in this event five years ago at Rio 2016, but now gets a bronze.

"I think it was pretty good, except for a few details in the final," Wei concluded.

"I was a little bit slow today for the final and the first target, I was not very satisfied.

"However, I adjusted and I was happy that the last 30 targets I did well."