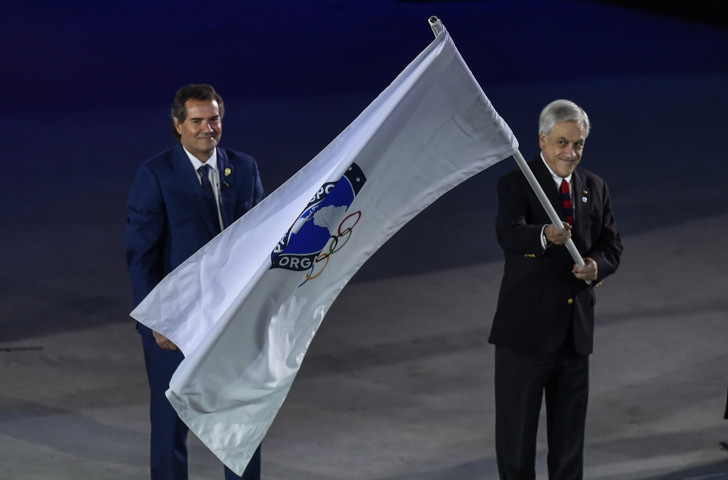 Plans are being made for coronavirus countermeasures at the Santiago 2023 Pan American and Parapan American Games, should they be required.

It is more than two years until the event takes place in Chile, but organisers are not underestimating the pandemic.

Executive director Felipe de Pablo told Concierto that countermeasures are in Santiago 2023's thinking, although what they may look like is hard to tell so far out from the event.

"We still have two years to go, but we are considering sanitary measures in the plans of the Games," De Pablo said.

"We know what we have to do.

"We have learnt from history that the venues must be operational on a day-to-day basis."

De Pablo is confident that Santiago 2023 has managed to overcome all of the obstacles that the pandemic has thrown at it so far, however, insisting preparations continue at a good pace.

"We can proudly say that we are on time, that there is no delay," he said.

Many of the facilities due to be used during the Games are pre-existing, but $170 million (£130 million/€153 million) has been budgeted for the construction, adaptation and improvement of sports venues.

The National Stadium and surrounding sports park will a the focal point, with stadiums for both hockey and combat sports due to be added there in advance of the Games.

Sanitary measures at major multi-sport events are more important than ever given the pandemic, and the Tokyo 2020 Olympics will be the biggest test yet of whether such events can safely and successfully be staged in the era of COVID-19.

The 2023 Pan American Games will mark the first time that Chile has hosted the event.

Santiago was initially awarded the rights to host the 1975 and 1987 editions but had to withdraw as host on both occasions due to financial and political problems.