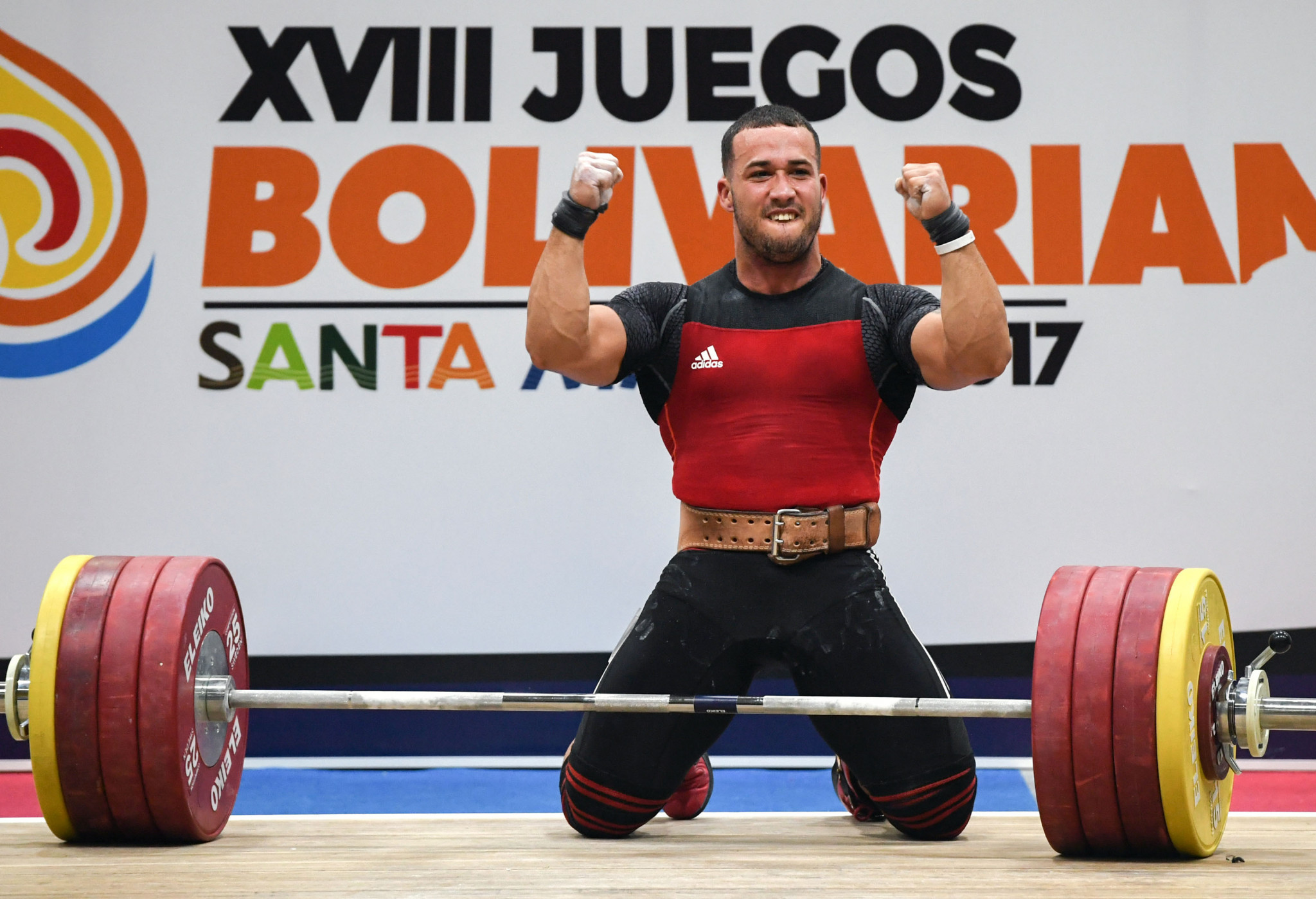 Chilean weightlifter Arley Mendez has been cleared by the International Testing Agency (ITA) to compete at the delayed Olympic Games in Tokyo after accepting a one-month suspension for smoking cannabis.

The suspension will end three days before Mendez is due to compete in the 81 kilograms category at Tokyo 2020.

The ITA, which carries out all anti-doping procedures for the International Weightlifting Federation, has also lifted a provisional suspension against the Brazilian Nathasha Figueiredo, whose participation in the 49kg category depends on a ruling from the Court of Arbitration for Sport (CAS).

Mendez’s sample was "in the scope of an in-competition control" during the South American Championships, an Olympic qualifying competition, in Cali in Colombia on May 12.

He was tested on the day of the event but Mendez, a world champion at 85kg in 2017, "established that he had smoked cannabis out-of-competition and in a context unrelated to sport performance", the ITA said in a statement.

He agreed to undertake a rehabilitation programme, and his sanction was lowered from three months to one "insofar as he meets the requirements of the mitigation regime of ‘Substance of Abuse’ set forth in Article 10.2.4.1 of the IWF Anti-Doping Rules".

The World Anti-Doping Agency has lessened punishments for using cannabis and other recreational drugs, which do not enhance performance.

Mendez, whose form had dropped away during the qualifying period, is ineligible from June 29 - the date of notification of his offence - July 28, five days after the Games are due to open in the Japanese capital.

The 81kg competition is scheduled for July 31.

Mendez, 27, originally from Cuba, was disqualified from first place in Cali but he already had enough points to qualify for Tokyo 2020.

Chile has one other qualified athlete, Maria Fernanda Valdes, sixth and seventh in the old 75kg category at London 2012 and Rio 2016, respectively, and who has a good chance of winning a medal in the new 87kg weight class.

The ITA claimed Figueiredo had established that she twice tested positive for diuretics and masking agents this year because of a contaminated supplement.

A sample taken at the Pan-American Championships in the Dominican Republic in April, where she finished fifth, and another taken out-of-competition in May showed traces of the prohibited substances hydrochlorothiazide and chloraminophenamide.

"The athlete was able to establish that her AAFs (adverse analytical findings) came from the intake of a contaminated supplement, which is a ground to lift the provisional suspension according to the IWF anti-doping rules," the ITA said.

A decision on the consequences of the anti-doping rule violation is due to be issued by the Court of Arbitration for Sport before the Olympics open.

Depending on the outcome of that decision Figueiredo "may be eligible to participate in the Tokyo Olympic Games or not," said the ITA.

Two other Brazilians have qualified for Tokyo 2020, both of whom will be competing at their third Olympic Games, while Figueiredo will be at her first.

She is due to compete at 87kg this time.